Leeds Bradford Airport (LBA) hopes to become the first UK regional airport able to produce its own hydrogen after partnering with ITM Power. The proposals for a new sustainable energy hub will use hydrogen and rapid EV charging facilities to power the airport’s fleet of vehicles, as well as allowing LBA to fuel the next generation of hydrogen and EV powered ground handling vehicles.

The initiative is incorporated within LBA’s current application for a replacement terminal and, if approved, would mean work could start on the energy hub as early as 2022.

“This project is a clear indicator of how serious LBA is about its future sustainability commitments and the first step in realising our ambitions to become a carbon net zero airport for ground-based operations,” says Charles Johnson, Head of Development, Leeds Bradford Airport. “It represents a significant investment in the sustainable future of the airport, preparing us for the new wave of hydrogen and EV powered specialist vehicles on the horizon. Passengers will increasingly demand efficient and readily available charging as vehicle technologies continue to develop and become commonplace and we want to be at the forefront of this new way of thinking and operating. This initiative is the first of many that form part of our replacement terminal plans, which will have a direct impact on businesses and the economy in Yorkshire. We believe that LBA has a big role to play in the long-term future of the region and we have the perfect opportunity to lead on creating meaningful changes to infrastructure. We look forward to bringing our plans with Yorkshire firm ITM Power to fruition.” 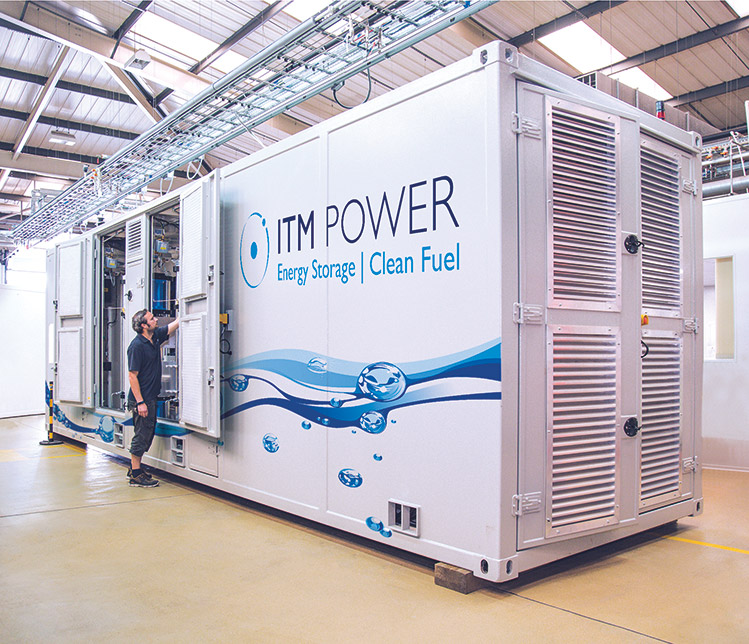 Leeds Bradford Airport hopes to become the first UK regional airport able to produce its own hydrogen after partnering with ITM Power. The proposals for a new sustainable energy hub will use hydrogen and rapid EV charging facilities to power the airport’s fleet of vehicles, while fuelling the next generation of hydrogen and EV powered ground handling vehicles.

Duncan Yellen, MD at ITM Power, Motive adds: “Green hydrogen provides the missing piece in the transport jigsaw, freeing transport to perform all the functionality currently delivered by diesel whilst emitting nothing but clean water and helping us power our way to a net zero future. Our strategy is to develop a network of large-scale Hydrogen Refuelling Stations across the UK available to all Heavy Duty Vehicles and we are delighted to be partnering with LBA to provide one of the first of these in our home county of Yorkshire.”

LBA’s plans for a replacement terminal, submitted to Leeds City Council in May, propose the construction of a modern, three floor, 34,000sqm building on an alternative site within the airport’s boundary. If approved, the new state-of-the-art terminal building, designed by leading architects, would deliver a passenger experience beyond what is achievable in the existing terminal, built in 1965 and which has a legacy of several piecemeal extensions over the course of its 55-year history.

If approved, the development will protect and create new, high-skilled jobs, supporting 12,650 permanent positions, and increase the airport’s contribution to the region’s economy from £377 million (€430m) in 2019 to £869 million (€990m).

VINCI Airports rewarded for its quality of service