Bryan Thompson joined Abu Dhabi Airports as Chief Executive Officer in August 2018 at a remarkable time for the airport. As preparations for the opening of the new Midfield Terminal Building (MTB) are underway, Thompson speaks to Marta Dimitrova about this truly “transformational project”.

Over the last few decades, the emirate of Abu Dhabi has undergone a significant transformation in economic growth. Abundance of oil and natural gas reserves have placed Abu Dhabi as a major competitor on the global stage. And while recognising the success of the oil sector, Abu Dhabi and the United Arab Emirates are also committed to diversifying the region’s economy with travel and tourism prioritised as key areas of activity for bolstering sustainable economic development.

Abu Dhabi Airports has, indeed, become one of the main pillars of the development of the national economy. Abu Dhabi Airport’s 2018 traffic reached 16.4 million passengers in September, with this number expected to grow to nearly 22 million by the end of the year. 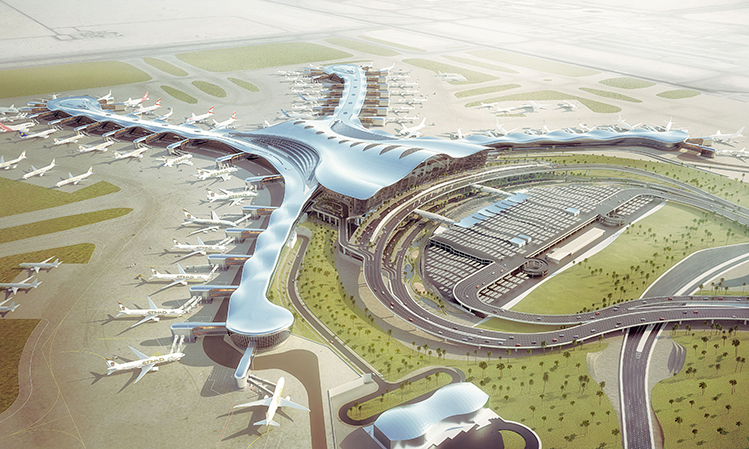 To facilitate this development and growth, Abu Dhabi Airports has invested heavily in airport infrastructure in recent years. Projected to increase Abu Dhabi’s maximum capacity to over 50 million passengers per year, the Midfield Terminal Building (MTB) development is the centrepiece of this multi-billion dollar investment programme.

“These developments will enable a significant boost in economic contributions from the travel and tourism sector,” says Bryan Thompson, CEO Abu Dhabi Airports. “It is a truly transformational project, not only as an architectural landmark, but also from an operations perspective. It introduces new expanded capacity for the capital airport, allowing for more business and growth opportunities.”

Thompson joined Abu Dhabi Airports as Chief Executive Officer in August and brings more than 25 years of industry experience, having worked in various roles including operations, commercial, and property development. Most recently, Thompson served as the Senior Vice President Development at Dubai Airports. “This role now allows me to bring these experiences into one combination that will hopefully serve the future of the capital gateway,” he says. 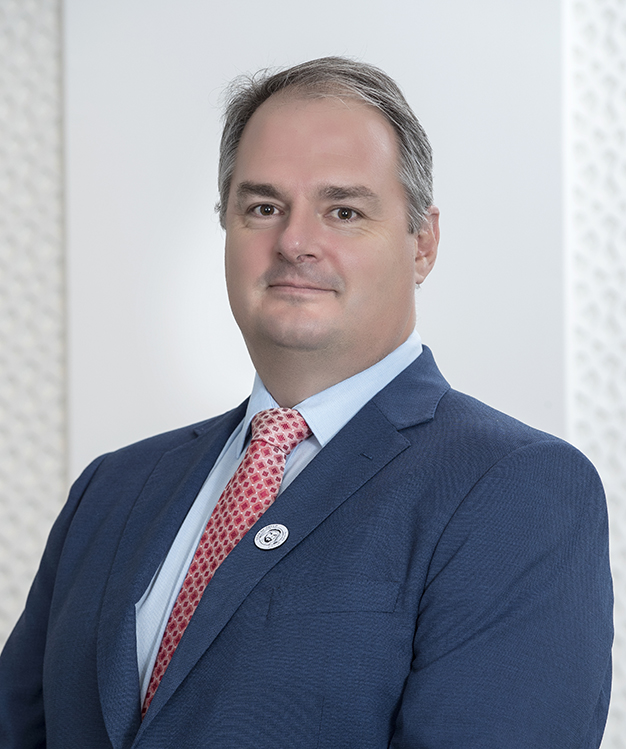 Bryan Thompson, CEO Abu Dhabi Airports: “We seek to embody the renowned Arabian hospitality by providing the millions of passengers who travel through our five airports with a seamless experience, tailored to their individual needs, while ensuring that we maintain the highest standards in safe and secure operations.”

Thompson and his team have adopted an approach largely centred on providing a seamless passenger experience and smooth operations across all terminals. “We seek to embody the renowned Arabian hospitality by providing the millions of passengers who travel through our five airports with a seamless experience, tailored to their individual needs, while ensuring that we maintain the highest standards in safe and secure operations.”

He adds: “Of course, at the same time, there has also been a focus on operational planning to increase efficiency and profitability, from preparations for the influx of travellers during our winter peak season, tailoring our duty free offering to attract our travellers, to developments at the Abu Dhabi Airport Free Zone.”

The airport is truly a global hub for business and tourism and the Midfield Terminal Building will provide significant opportunities for airlines. “We are continuously introducing new routes with both established markets such as India and Europe, as well as connections with new and emerging regions, and this is only set to increase with the introduction of the Midfield Terminal.” The airport is already further expanding its network with new daily flights from Cochin International Airport and Calicut International Airport with IndiGo.

Moreover, the airport is investing heavily in terms of resources, planning and strategy for the airport city proposition through the Abu Dhabi Airports Free Zone (ADAFZ). “This cluster has major expansion plans in its near future and we are excited to see the contributions it will generate to Abu Dhabi Airports and Abu Dhabi as a whole,” says Thompson.

With the MTB gearing towards completion, the airport is focusing on developing a digital strategy that will further enhance the traveller experience.

Thompson explains that Abu Dhabi Airports is looking into future innovations and ideas to ensure it introduces smart technologies that will surpass what it previously implemented at AUH in 2016 as smart travel solutions, and deliver an unforgettable experience to passengers.

“Our vision is to become the world’s leading airports group, and we are continuously working toward this goal through delivering excellence across customer service, operations and training through our Gulf Centre for Aviation Studies. Moving into 2019, our focus on the Midfield Terminal Building will naturally increase as we draw the operational readiness and testing phases to a close.” 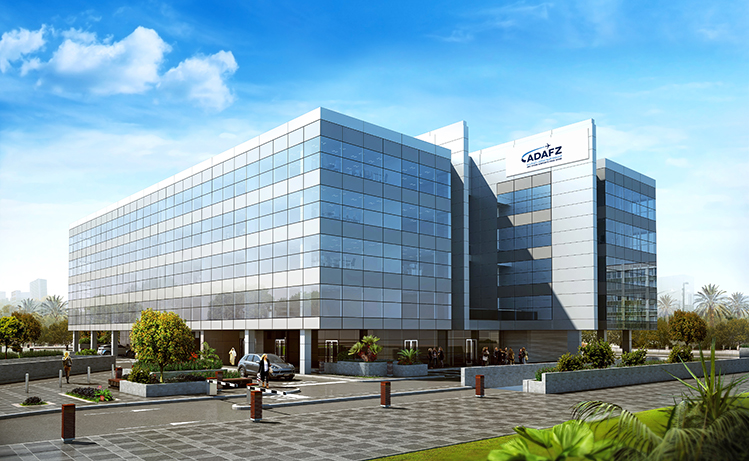 Abu Dhabi Airports is investing heavily in terms of resources, planning and strategy for the airport city proposition through the Abu Dhabi Airports Free Zone (ADAFZ), which is expected to bring major contributions to the emirate.