An urgent call for action from the assembled European aviation sector

The associations collectively representing the entire European aviation sector have come together in the European Aviation Round Table because the gravity of the current crisis calls for unprecedented action. They are calling upon all policymakers in the EU and its Member States to take swift and decisive joint action to save the aviation sector, as Morgan Foulkes, Deputy Director General, ACI EUROPE, explains to Ross Falconer.

The Aviation Round Table Report on the Recovery of European Aviation is an unprecedented initiative, bringing together all European aviation stakeholders (airports, airlines, air navigation service providers, etc) and beyond (unions, NGOs, etc). The drafting group met over a period of four months and calls on the EU and its Member States to develop and implement a comprehensive recovery strategy for the aviation sector, which is based on a European Aviation Relief Programme and an EU Pact for Sustainable Aviation.

“The discussions were always constructive and fuelled by a desire to reach agreement,” explains Morgan Foulkes, Deputy Director General, ACI EUROPE. “All stakeholders realised that the only way to have a real impact with decision-makers was to speak with one voice. Considering the wide range of stakeholders involved, the Report inevitably represents a compromise between the, at times, competing interests of the various stakeholders represented. For example, ACI EUROPE had to accept a somewhat less ambitious call for further aviation liberalisation and market access with third countries. But, crucially, the Report does include a new and ambitious message on environmental sustainability and in particular decarbonisation – for which ACI EUROPE was the lead drafter.” 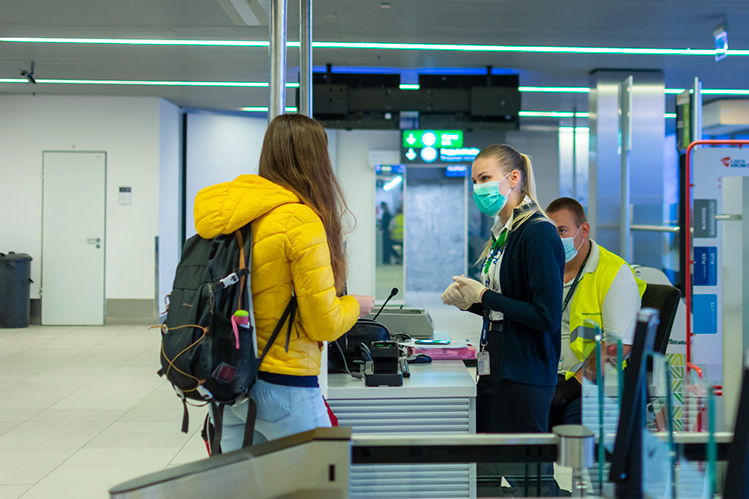 The Report emphasises that a European Aviation Relief Programme should provide comprehensive support measures for the aviation sector until air traffic recovers, which is not expected before 2024 or 2025.

The Report emphasises that a European Aviation Relief Programme should provide comprehensive support measures for the aviation sector until air traffic recovers, which is not expected before 2024 or 2025.

“The temporary State aid rules adopted at the start of the pandemic have allowed Member States to support their economies, but only until mid-2021,” says Foulkes. “These temporary rules must be extended and complemented by aviation-specific measures. For example, airports must be compensated for damages resulting from travel restrictions and investments in health and sanitary measures. Airlines would need to be supported when bringing back connectivity to airports that may have been lost during the pandemic.”

Europe faces the possible collapse of a significant part of its air transport system unless governments step in to provide support, and this is precisely what the European Aviation Round Table calls for.

ACI EUROPE estimates that 193 airports may face insolvency in the coming months if passenger traffic does not pick-up by year-end. Those facing insolvency are mainly regional airports, which serve and are an integral part of the economic fabric of local communities. “These airports facilitate 277,000 jobs and €12.4 billion of European GDP,” Foulkes explains. “The potential ripple-effect on local employment and economies is clear. We need to stabilise the aviation sector and prevent the huge loss of employment and connectivity that would result from a collapse of airports. The present crisis has eroded air connectivity – the social and economic lifeline for many communities – like never before. Financial support from governments will be crucial to avert rising geographic inequality and damaged social cohesion.”

Europe’s airports, and the wider aviation sector, are committed to a sustainable recovery and this is reflected in the EU Pact for Sustainable Aviation. “We are really pleased that all the organisations supporting the Aviation Round Table Report endorsed new climate objectives for European aviation, in particular Net Zero carbon emissions for all flights within and departing the EU,” says Foulkes. “This a major achievement through which our sector has aligned its climate ambition with the Paris Agreement and the European Green Deal. This was far from being secured when work started on the Report and ACI EUROPE played a crucial role in securing a positive outcome.”

Of course, to be credible, these new objectives need to include concrete action plans and commitments, hence the idea of an EU Pact for Sustainable Aviation that ACI EUROPE tabled during the Round Table process.

“Through this Pact, industry and EU institutions should commit to work jointly towards the sector’s sustainability goals,” Foulkes comments. “The Pact will include actions for the aviation sector, but also the supporting policy/regulatory framework and financial mechanisms to allow the industry to deliver. It is worth noting that while climate change will be at the core of the Pact, it will not be the only matter addressed – sustainability is much broader, including other environmental topics such as noise, air quality and biodiversity, as well as social issues, in particular related to employment in the sector.” 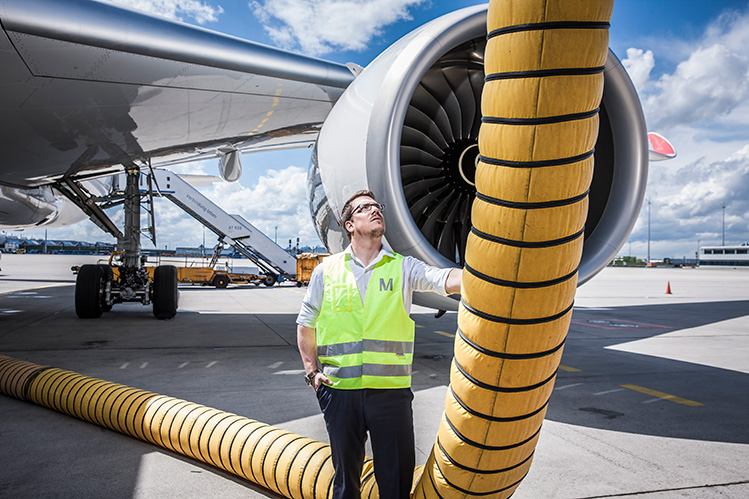 Morgan Foulkes, Deputy Director General, ACI EUROPE: “We are really pleased that all the organisations supporting the Aviation Round Table Report endorsed new climate objectives for European aviation, in particular Net Zero carbon emissions for all flights within and departing the EU.”

Strategy for a Sustainable and Smart Mobility

ACI EUROPE encourages its members to share the Report with their authorities, with a view to implementing its main recommendations in their respective countries.

“As the Report enjoys the backing of a vast majority of aviation stakeholders, we expect the European Commission to rely on it extensively to support future legislation,” says Foulkes. “This should be the case in the coming weeks with the European Commission’s upcoming vision for transport also known as Strategy for a Sustainable and Smart Mobility.”

This new vision was announced as part of the European Green Deal and is scheduled for release on 9 December 2020. It will supersede the 2011 Transport White Paper. Foulkes adds that ACI EUROPE responded to the consultation on the future strategy on behalf of European airports this summer.

“In closing, other colleagues at ACI EUROPE also spent long hours reviewing the various drafts and providing their constructive input. Marina Bylinsky, our Head of Sustainability, and Bastiaan de Bruijne, our General Counsel, in particular made a significant contribution to the report and this article. Thank you!”