The importance of high security culture – and how to get there

Airports are, in comparison with many other places in society, clearly connected to people’s perception of high security. Many airports have already identified the value of a robust security culture. A strong security culture refers to a set of values, shared by everyone in an organisation, which determine how people are expected to think about and approach security.

“We can all agree on that,” begins Anna Svedberg, Head of Security, Stockholm Arlanda and Bromma airports, Swedavia. “The challenge is to get there, and to get everyone onboard, dedicated, willing and positive to be part of the daily work where a security mindset needs to be embedded in everything we do.” 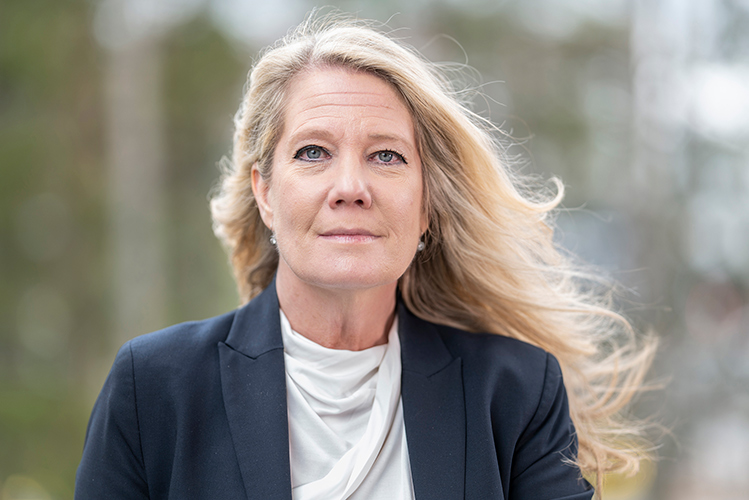 Anna Svedberg, Head of Security, Stockholm Arlanda and Bromma airports, Swedavia: “With a solid security culture, we not only achieve a higher level of security for our passengers, employees and customers, we also send a very clear signal to persons that might have bad intentions. At our airports, we work proactively against any security threats. And remember: if you see it, say it – and report it.” Photo: Jonas Borg/Swedavia

The mission to address security culture has been a priority at Swedavia for a long time. The company, which owns, operates and develops 10 airports in Sweden, recently launched a new campaign on security awareness. “Security and safety for passengers, employees and customers are always the highest priority,” Svedberg explains.

“When you have checked off these three boxes, the security culture at your airport has a very strong starting position,” says Svedberg. “The task of the security department should now be to promote it, help everyone to keep it going, and make it part of everyone’s daily work.”

In general, Swedavia sees that the number of reports coming into its Security Operational Centre increases after implementing security awareness training. “Most of the observations can easily be explained by perfectly normal causes,” says Svedberg. “However, a few have been proven to be of certain interest to us and occasionally other calls have been of interest for the Police. In short – security awareness training results in a higher security culture at our airports.”

Examples include more reports regarding abandoned luggage. In almost all cases, the items were not abandoned at all. Yet, the reports speak clearly of a higher awareness and willingness to report observations among staff, allowing Swedavia and the Police to respond even faster to evaluate a potentially dangerous situation. “All this contributes to a higher level of security and less operational disturbances for our airports,” Svedberg notes.

Within the framework of its partnership with IATA regarding potentially disruptive passengers, Swedavia’s work with security awareness has also proven to be of good use when detecting anomalies in the pattern of normal behaviour in an airport.

“We have learned that security awareness training also sharpens our senses regarding important observations in environments other than our terminals,” Svedberg explains. “For instance, a colleague reported a suspected theft of airport officer jackets in a locker room. She called it in because she was worried they might end up in the wrong hands. Good thinking! It turned out the jackets had been moved and were found later the same day.”

Meanwhile, the security awareness concept has been adapted to a commercial context, as there had been some problems with thefts in shopping areas. “Together with other measures, the thefts have decreased significantly,” Svedberg comments. “I’m very grateful when colleagues identify new areas for this concept. It makes us develop and diversify it further.”

Large ongoing construction projects are taking place at both Stockholm Arlanda and Göteborg Landvetter airports. In this context, a high security culture and awareness is important to implement among staff working temporarily at the airport. “They might have a longer learning curve in order to grasp the full meaning and importance of the different regulations in an airport,” says Svedberg. “To ensure a high security culture, you start by targeting the project management. You will then have your security ambassadors ‘recruited’ and they will ensure that security awareness training is conducted throughout the whole project. Furthermore, if you include the security awareness concept in the requirements for badge application in the contracts set up with the construction entrepreneurs and suggest it as a recurring agenda item at meetings, it will work brilliantly as part of enforcing a strong security culture. Finally, members of our security team also pay visits onsite from time to time.” 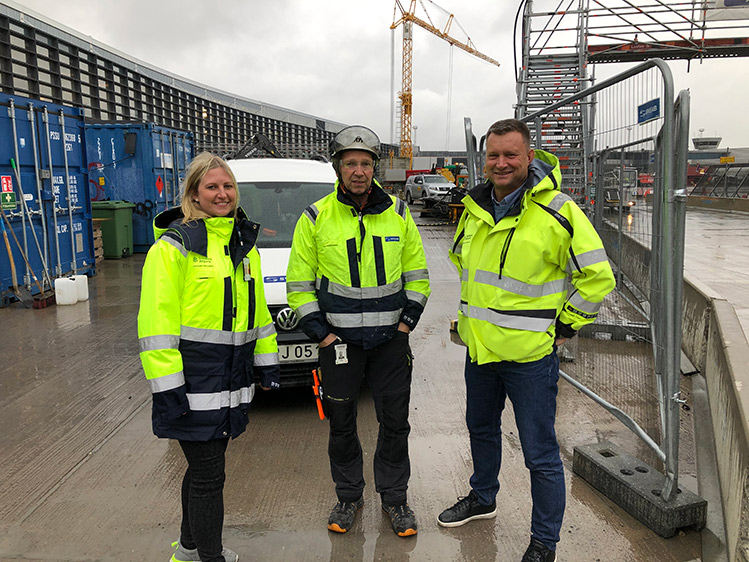 Large ongoing construction projects are taking place at both Stockholm Arlanda and Göteborg Landvetter airports. In this context, a high security culture and awareness is important to implement among staff working temporarily at the airport.

Operational security work can never rest, regardless of the situation. An advantage with having a structural and well-established security plan in place from the beginning is that everyone is thoroughly acquainted with the standards and the routines. “This can also be translated into the context of security culture,” Svedberg explains. “And it can be done with a relatively small effort, since the current resources might be reduced due to the COVID-19 crisis. This means that no matter how busy our airports are, we need to continue this work, however in a tighter context.”

She adds that security departments are able to use this period to lay a solid foundation for an even more robust security culture. “When times change and we’re all up and running again, the security culture will appear to be just another important part to maintain and to transfer to new colleagues coming in.”

In addition to managing security awareness in daily operations, a strong security culture should also have a mindset that strives toward continuously improving and innovating how security at the airport could be even better in the future. Here it is important to encourage new ideas and creativity among employees and other stakeholders.

“The security and innovation teams are continuously working together to explore new ideas and capture opportunities enabled by new technologies,” says Svedberg. “The objectives of such ideas are to maintain a high level of compliance with the security regulation, to improve the passenger experience, and to increase security awareness.”

Recent examples include tests regarding the use of Artificial Intelligence (AI) image recognition for decision support, development of camera surveillance, and development of an app that can facilitate reporting when an observation is made.

“With a solid security culture, we not only achieve a higher level of security for our passengers, employees and customers, we also send a very clear signal to persons that might have bad intentions. At our airports, we work proactively against any security threats. And remember: if you see it, say it – and report it.”