Leeds Bradford Airport (LBA) has released new CGI images of its proposed replacement terminal, showing what passengers could expect if plans are approved.

Recently-released images show what the new check-in hall, departures lounge and arrivals gate could look like. Large glass-fronted walls, high ceilings, electronic check-in desks, and food stalls all feature in the CGIs. If approved, the airport expects construction of its replacement terminal to be completed as early as 2023.

“Our plan to create a replacement terminal at LBA is incredibly important for Leeds, Yorkshire and the North of England,” begins Hywel Rees, Chief Executive, Leeds Bradford Airport. “If approved, our proposal will protect and create new, long-term jobs, supporting an estimated 12,650 permanent positions at the airport and in the wider economy. Over the course of the three-year build and its eventual operation, the replacement terminal will have total economic impact as high as £869 million (€943m) – an increase of £377 million (€409m) on 2019 figures – which is obviously incredibly valuable to the local economy as it recovers from COVID-19.” 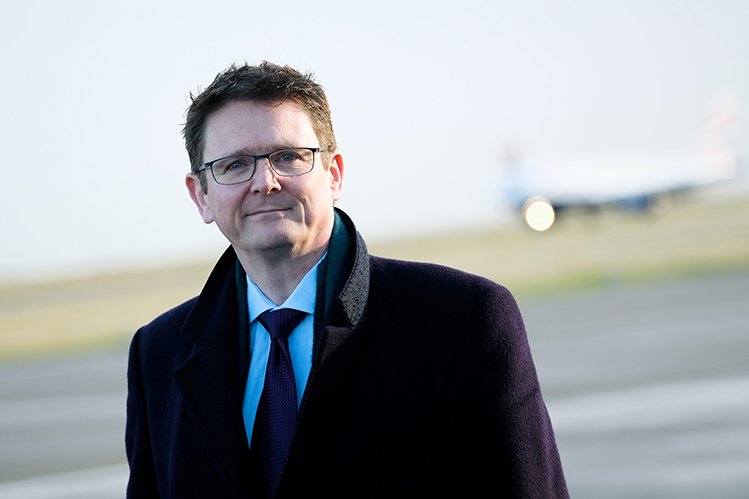 Hywel Rees, Chief Executive, Leeds Bradford Airport: “Our plan to create a replacement terminal at LBA is incredibly important for Leeds, Yorkshire and the North of England. If approved, our proposal will protect and create new, long-term jobs, supporting an estimated 12,650 permanent positions at the airport and in the wider economy.”

“Replacement terminal with passenger experience at its core”

The plans for a replacement terminal, submitted to Leeds City Council in May 2020, propose the construction of a modern, three-floor, 34,000sqm building on an alternative site within the airport’s boundary.

“The old terminal is 55-years-old and has its limits in terms of passenger experience, so we’re confident that the new terminal, if approved, will facilitate significant improvements,” says Rees. “Passengers can expect larger spaces for check-in, security and departures, which will enable reduced queuing times, a more intuitive journey through the airport, and modern washroom facilities, as well as more choice of bars, restaurants, shops and lounges. Our ambition is to profoundly change the perception and reality of the customer experience at LBA and the only way we can do that is by creating a brand-new replacement terminal with passenger experience at its core.” 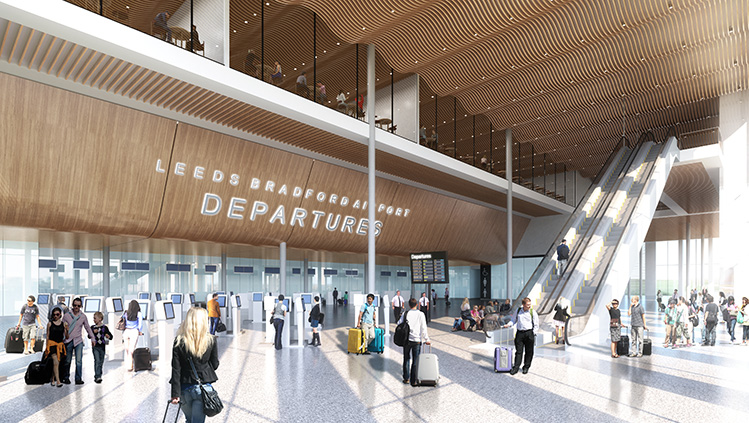 If approved, passengers using the new terminal will benefit from a range of improvements, including:

A decision from the Council on Leeds Bradford Airport’s latest proposal for a replacement terminal is expected in autumn 2020. 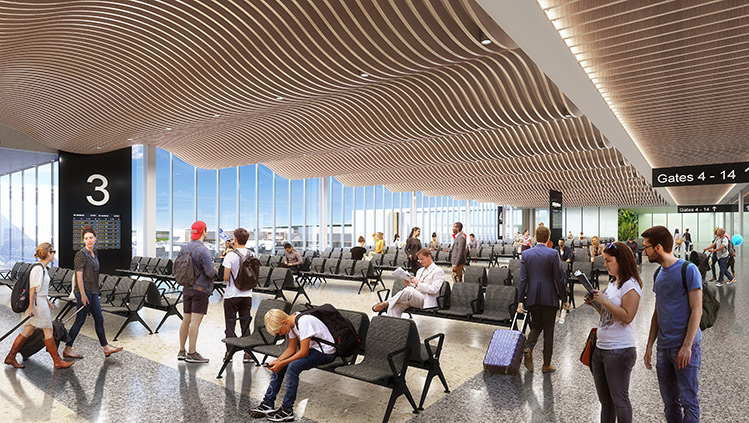 If approved, passengers using the new terminal will benefit from a range of improvements, including departure gates that allow passengers to walk straight onto aircraft from the terminal.

“Some positive signs of growth”

Meanwhile, the team at LBA acted quickly to find effective solutions for a whole host of new challenges created by the COVID-19 pandemic. This has included the rapid acquisition of essential hygiene material and personal protective equipment (PPE), the introduction of new COVID-secure procedures and enhanced cleaning.

“The result is that we can now operate COVID-secure for the thousands of passengers travelling through the terminal,” Rees explains. “It has obviously been a difficult period for businesses in the travel sector and LBA has been no different. We have, of course, been impacted by lockdowns and restrictions caused by COVID-19, but we’ve experienced some positive signs of growth in the past few months and we continue to work within government guidance to help travellers pass through the airport safely and confidently.”

Among the positive signs was the recent announcement that Leeds Bradford Airport is to see the introduction of a new service to Belfast City Airport from 1 October. Aer Lingus Regional, operated by Stobart Air, operates two routes from Leeds Bradford, including Dublin and now Belfast City.

“We’re delighted to have Aer Lingus Regional with us on daily flights to Belfast City Airport from October,” Rees adds. “The connection between the two great cities of Leeds and Belfast is an important one for business and leisure, with passengers benefitting from the option of returning the same day. This route perfectly complements our daily flights to Dublin and offers the potential for transatlantic connections in the future.” 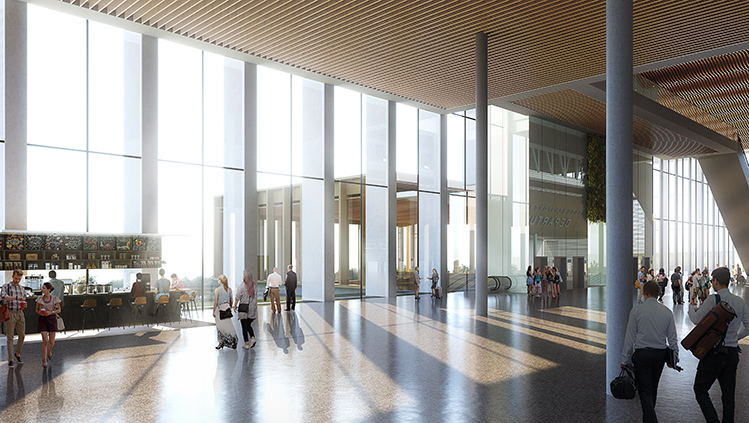 The proposed replacement terminal would have an appropriately-sized arrivals hall, with modern baggage machines and fewer queues.