Airport executives and project managers recognise how important it is to control the cost of building new airport facilities and assets, as well as modernising existing ones. These capital projects, large and small, are typically located in or near operational airports conducting around-the-clock flight and guest service activities, so planning and execution headaches are all too common. Investments such as building an airplane hangar or renovating a parking garage are oftentimes more complex than outside observers realise. For instance, construction can be delayed due to labour and sourcing challenges associated with security background screenings required of construction and other contractor personnel needing access to sensitive and secure airport sites. Executives and managers must also find ways to achieve cost and schedule targets while managing the expectations of various stakeholders – private and public entities funding the project; commercial and private airline companies; airport operations workers and vendors; and, of course, flight passengers and guests. There are many ways for airport capital projects to stray off course, especially when a key function is not on board. 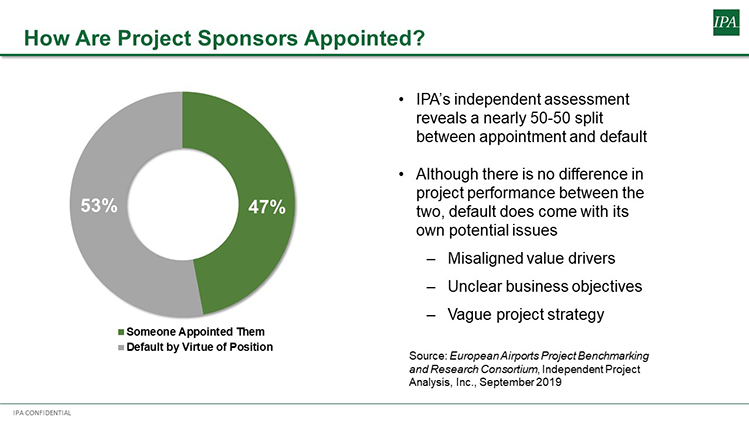 Many of the more than 20,000 capital projects Independent Project Analysis (IPA), Inc. has evaluated over the past 30 years are for heavy industry sector owner companies (energy, chemicals, refining, etc.). However, IPA has evaluated the performance of more than 400 infrastructure and airport projects as well. As the preeminent leader in improving capital project systems, IPA’s research has repeatedly found that the designation and involvement of a project sponsor during the process of planning, developing, and executing capital projects is critical to construction and operational performance, irrespective of the project type or industry sector. Perhaps unsurprisingly, the airport sector, like other capital-intensive industry sectors, fails to give the project sponsor role the attention it deserves. Airports are giving away project value and possibility wasting tough-to-secure funding when the sponsor role is neglected. Recent IPA evaluations of airport projects, including those at European airports, have concluded that an effective sponsor can improve project cost predictability and performance.

At the European Airports Project Benchmarking and Research Consortium held in September 2019 in London, representatives of large and midsized airports in the UK and Ireland met to review data-driven research on how airports can increase the effectiveness of investments in new construction and modernization endeavours. Airport executives in attendance expressed considerable interest in understanding how to strengthen the sponsor’s role in project planning and execution at their airports. IPA recognises the project sponsor as being the person accountable for the value delivered by a project. The sponsor is the individual who identifies the business opportunity and leads the effort to develop the full venture. In other words, the sponsor is the person who wants the project. Based on information gathered from project teams and systems personnel, IPA’s research has found that sponsors can help project teams deliver on stakeholders’ expectations for projects in terms of cost effectiveness; schedule; and, importantly, safety. However, according to capital project leaders IPA has met with over the last few years, the sponsor role either is poorly defined or does not even exist.

In a sample of more than 250 projects evaluated by IPA, only half of the project sponsors were officially appointed to their role. According to a report by Allison Aschman, Director of Capital Solutions, and Pam Wertz, IPA’s Chief Development Officer, “Some companies retain dedicated staff to perform the sponsor role in either the business function or projects organisation. For most companies, however, the appropriate person is assigned (from the business, operations, etc.) and the mechanisms to make that assignment range from structured and official to ad hoc.” Having an appointed sponsor early in the process of execution planning is critical because the sponsor is accountable for the initial business case presented to decision gatekeepers, providing them guidance on the opportunity’s objectives, constraints, and trade-offs. 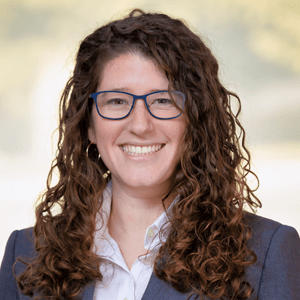 IPA is currently collecting insights about airport capital projects from airport leaders across North America and Europe. The study objective is to better understand the project sponsor role within the airport industry and use this information to work with participating airport project organisations to better define and support this role, which is responsible for preserving project value. IPA aims to assist airport leaders in learning how airport organisations and teams can improve the effectiveness of their investments to build new facilities and modernise airport infrastructure to meet the growing demands of commercial and private aviation customers. IPA will facilitate the data gathering and summarise research findings for participating airports. Over the long term, IPA will continue to collect data that will be used to further understand what drives effectiveness in airport projects as well as begin to establish a benchmarking methodology for projects in this sector.

For more information on how to participate in the airport industry project sponsorship survey, contact Melissa Matthews, IPA Senior Research Analyst, at mmatthews@ipaglobal.com.