Future deployment of SESAR technologies by airports: moving to on-time operations based on digital information sharing

The modernisation and digitalisation of Europe’s airspace is essential to ensure better performance and more sustainable operations. As key players in the aviation network, airports have already invested millions of euros to upgrade the European air traffic management system through the deployment of SESAR technologies. Report by Luc Laveyne

Airport operators together with airlines, air navigation services providers and the Network Manager have been investing in the air traffic management (ATM) modernisation since 2014. The deployment of SESAR technology and procedures is currently done in 24 of the biggest airports in Europe. The bottom line was: “We deliver together”. This industry delivery is backed up by a Commission Implementing Regulation (716/2014) and an industry coordination structure – the SESAR Deployment Manager (SDM) – comprised of industry experts who translate what has to be done into a comprehensive plan, the so-called “deployment programme”. Basically, it is a document explaining how the deployment needs to be done. This modus operandi in the SESAR Deployment Manager has created the trust for airport operators to invest. With the support of ACI EUROPE’s SESAR Related Deployment Airport Grouping (SDAG), the necessary funding has been obtained.

Through SESAR technology, the airport industry is delivering automation, digitalisation, enhanced throughput and safety for the benefit of nearly 1 billion passengers. This has resulted in almost 72% completion of the total deployment programme before any implementation end date of a technology has expired. Undoubtedly, it is an extraordinary success. Not only is the deployment programme on track to deliver, but it has also shown that the industry has invested more than expected. More importantly, it has already achieved twice the benefits anticipated by the European Commission and a profitability – Net Present Value (NPV) – that is 20% higher than all projected earnings in the same business case.

The European Commission helped to start and accelerate the deployment of SESAR solutions through the Connecting Europe Facility (CEF) funding, a key EU funding instrument that finances new transport infrastructure projects. Airport operators have benefitted from €189 million from 2014 to 2020 to support the deployment of innovative technologies, thus contributing to the achievement of the Single European Sky objectives. These include the enhancement of airspace capacity, safer and cost-efficient operations and the reduction of the environmental impact of aviation.

The European Commission wants to update and extend the current deployment programme with the implementation of new technologies. It has asked the SESAR Deployment Manager to make a proposal for the period 2021-2027. This proposal was based on the work done in the research and innovation arm of SESAR (SESAR Joint Undertaking) and on important input from the industry, including airport operators themselves. The proposal was sent to the European Commission mid-February 2020. 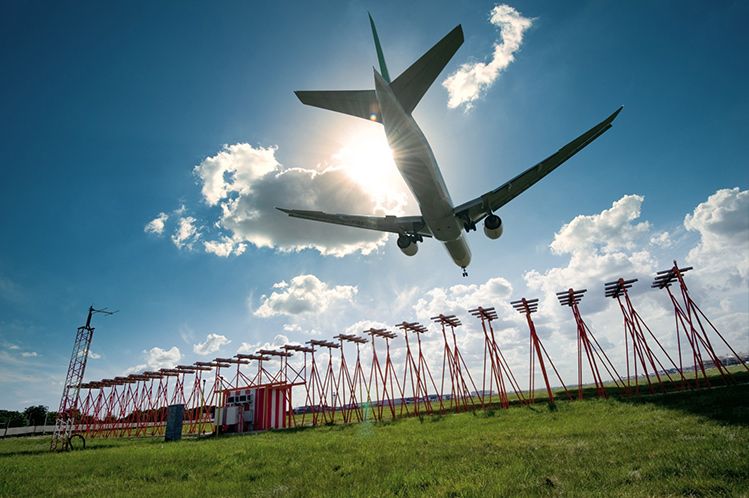 Depending on the regulatory scope of the competence for airspace, the airport operators may benefit from Performance-based Navigation approaches that reduce the noise burden for a considerable number of citizens.

What is in the new proposal for airport operators?

Depending on the regulatory scope of the competence for airspace, the airport operators may benefit from:

The SESAR Deployment Manager has also suggested the inclusion of GBAS, the satellite based navigation system, in the deployment programme.

SDAG is currently making an inventory of where those airports stand when it comes to deployment pre-requisites in order to make a meaningful assessment of their ability to make the necessary investment before the end of 2027.

SDAG is also working on a list of airports where it would be beneficial to deploy GBAS, but this has to be linked with a positive business case. SDAG is additionally preparing a list of airports that could implement the integration to the Air Traffic Control Arrival and Departure Manager. ACI EUROPE will coordinate this work and consult all the airports involved.