The high-level Digitally Connected Airports Conference on 27 February in Brussels, organised by EUROCONTROL with the support of ACI EUROPE, gave airports a prime opportunity to highlight their role in Europe’s aviation network and their vision for a modernised ATM system. Report by Aidan Flanagan.

As one of the keynote speakers, ACI EUROPE’s Director General, Olivier Jankovec, called for a more integrated approach between ANSPs and airports to achieve better efficiency and more sustainable operations. Jankovec underlined the need to connect the airports to the wider aviation network to enhance operations and improve the passenger experience. Airports’ capacity and throughput depend on efficient air traffic management. Indeed, managing an airport is like developing an assembly line whose speed and throughput is largely dictated by a third party: in this case, the ANSP and the wider ATM system.

Airports’ strategies in this domain are focused on operational efficiency and squeezing their assets. This involves key principles such as stakeholder alignment and breaking operational silos, a passenger-centric approach and leveraging technology and digitalisation. ACI EUROPE’s strategy reflects these principles, looking at engaging the airport community at large, by providing the necessary tools and also at securing supporting policy and regulations.

There are nonetheless persistent challenges to this approach, including primarily the need for airports and ANSPs to collaborate in Airport Operations Centres (APOCs) and to develop contractual relations. This will break down silos and drive a change in operational culture, as optimisation of capacity on the ground and in the air requires a collaborative, strategic approach.

The vision of an efficient, sustainable and integrated airspace network will also be served by it being passenger-centric, focused on on-time performance, through integration of airport operations plans and the network operations plan on an equal basis, and industry participation in the governance of the new infrastructure manager.

Beyond these challenges lies of course that of the climate emergency. This means a paradigm shift for the whole aviation industry and emphasises the importance of airport and ATM integration. European airports have been responding through transformation of their businesses from B2B/B2C to B2P(eople), committing to Net Zero emissions by 2050 with a comprehensive sustainability strategy and a continued focus on operational efficiency and squeezing of assets.

A vital element of this is consolidation of airports and the airspace network. When coupled with structural defragmentation of the network, it will bring efficiencies enabling shorter, more direct routings and less time spent by aircraft holding in the air.

Topics of discussion included the possibilities for integrated operations through APOCs and technological innovation, as well as the many means of optimising airport capacity in an integrated network. Returning to the challenge of the climate emergency, Jonas Abrahamsson (Swedavia) outlined how aviation can address environmental challenges by giving examples of Swedavia’s tangible environmental actions: a climate neutral company since 2006, 100% of electricity at Swedavia coming from renewable sources, investment in solar solutions, and snow sweepers running on biogas.

ACI EUROPE will continue to work together with EUROCONTROL, the SESAR Joint Undertaking and other aviation stakeholders to develop sustainable airport solutions that strengthen digital connectivity and airports’ ATM integration. 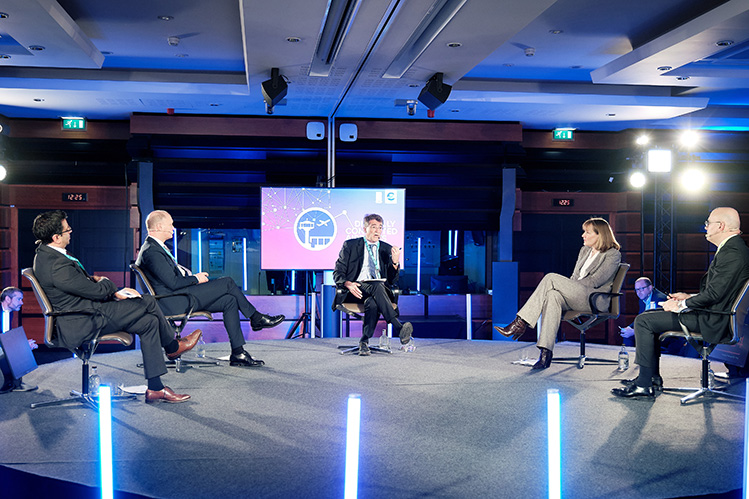 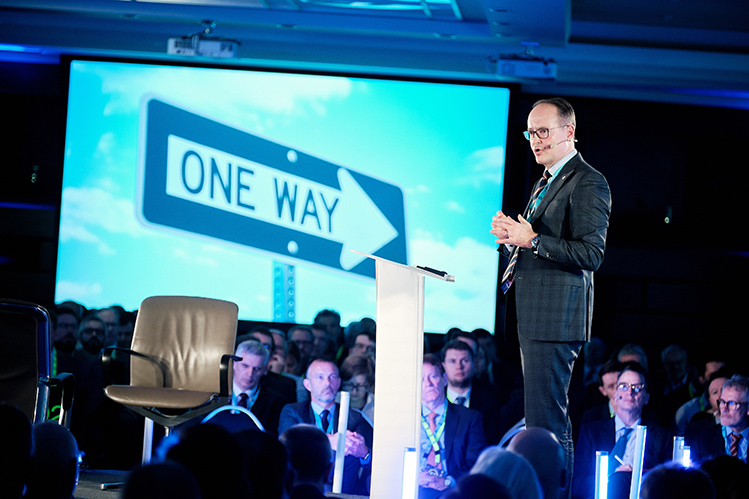 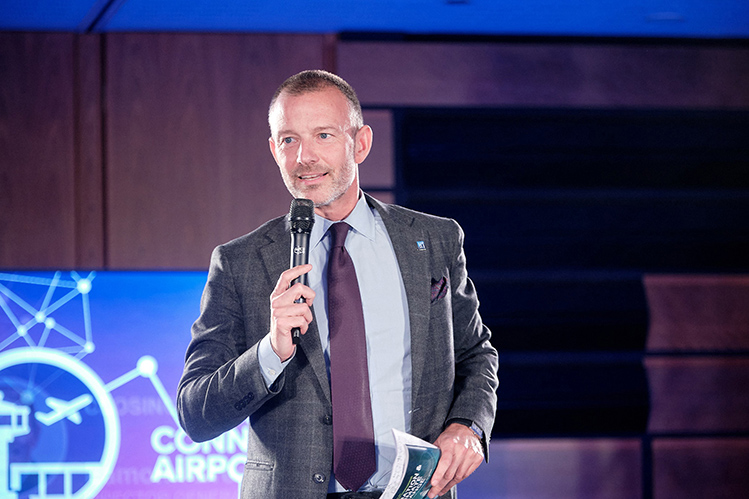 As one of the keynote speakers, ACI EUROPE’s Director General, Olivier Jankovec, called for a more integrated approach between ANSPs and airports to achieve better efficiency and more sustainable operations. 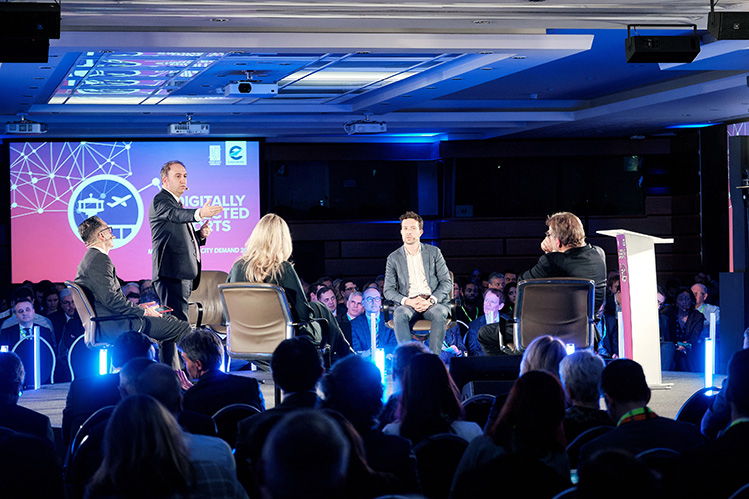 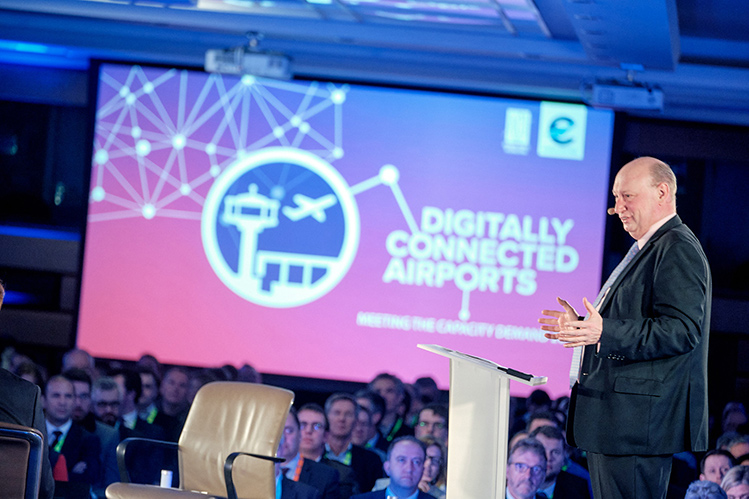 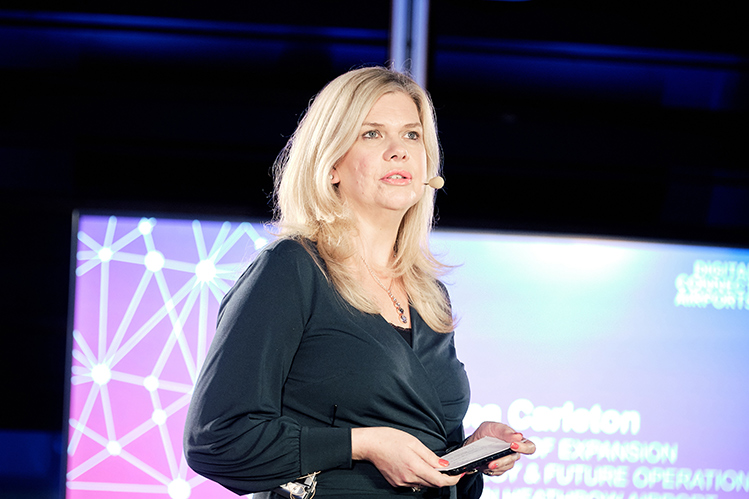 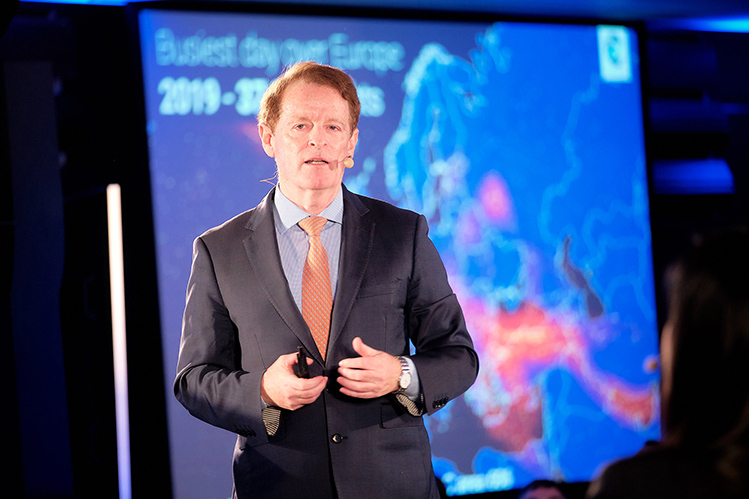 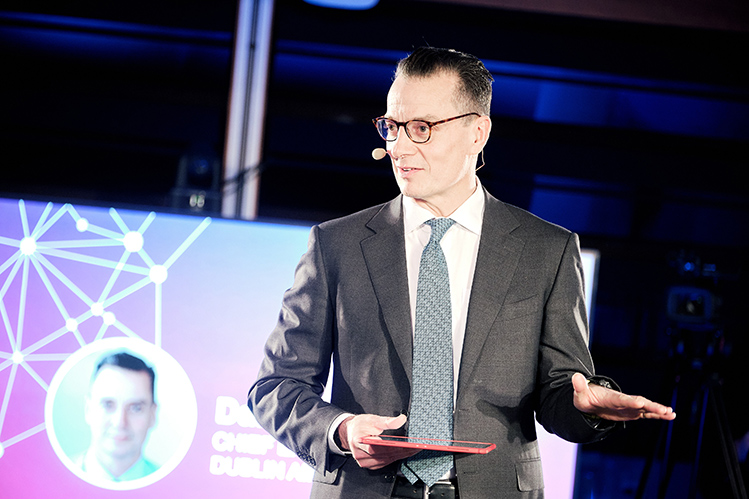 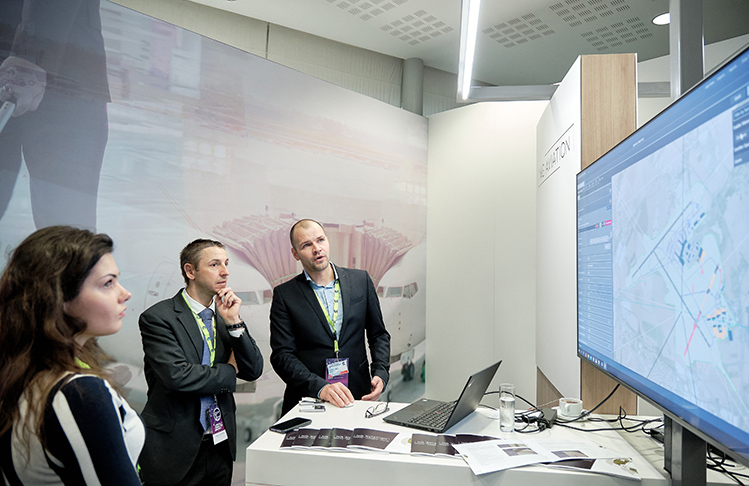 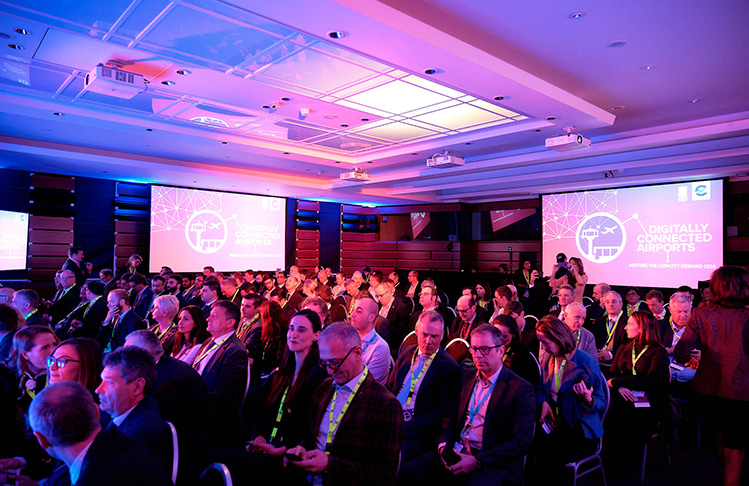 The great crowd of participants at the Digitally Connected Airports Conference.

Innovation in aviation: The Digital Sky Challenge through the eyes of the winners

Innovation in aviation: The Digital Sky Challenge through the eyes of the winners