Glasgow Airport’s FlightPath Fund has pledged £40,000 (€50,000) to support four local sustainability-themed projects. To celebrate 10 years of FlightPath, the Fund’s committee is urging local groups, charities and organisations to submit applications to support sustainability-themed projects aimed at improving the environment in the communities neighbouring Glasgow Airport and beyond. 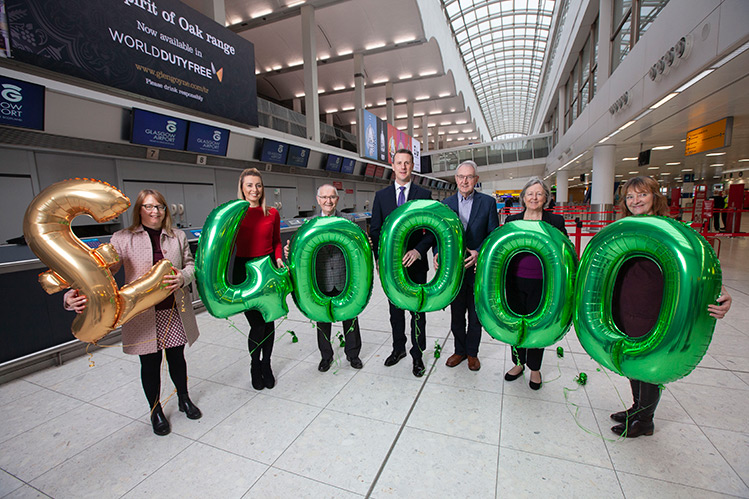 A £10,000 (€12,000) award grant will be made available to projects based in each of the four local authority areas – Renfrewshire, Glasgow, East Dunbartonshire and West Dunbartonshire – supported by the FlightPath Fund during the last decade.

“Improving the environment a core value of the FlightPath Fund”

“Supporting sustainability-themed projects and engaging with local community groups and organisations that focus their efforts on improving the environment has been a core value of the FlightPath Fund for the last 10 years,” says Archie Hunter, Chair of the FlightPath Fund. “During this time, the FlightPath Fund has supported a number of environmentally-focused projects and organisations. These include the purchase of an electric vehicle for a car club, buying polytunnels for growing groups and support for community gardens and the preservation of local greenspaces.”

The FlightPath Fund was established in 2010 and since then more than 600 groups have been awarded over £1.6 million (€2m) with three key areas of focus – education, employment and the environment.

“The Fund was set up in 2010 to help support our neighbouring communities so that they could share in our success,” says Mark Johnston, Managing Director, Glasgow Airport. “It remains a source of great pride to myself and my colleagues that during the last decade Glasgow Airport has played an active and positive role our local communities. The FlightPath Fund committee’s decision to introduce a £40,000 Sustainable Communities Challenge is to be commended and supports Glasgow Airport’s continued commitment to balance the clear social and economic we bring as one of the region’s biggest employers with our climate change responsibilities.”

To be considered, a project must: