Editorial: The moment of realisation

In the mid-nineties, when I started out in the world of full time professional employment, it was not uncommon to hear of companies and government’s “vision for 2020”. The roundness of the figure was appealing, helped by a halo of culture-literate futurism. So, as we find ourselves counting down to that fateful date, what is the outlook? 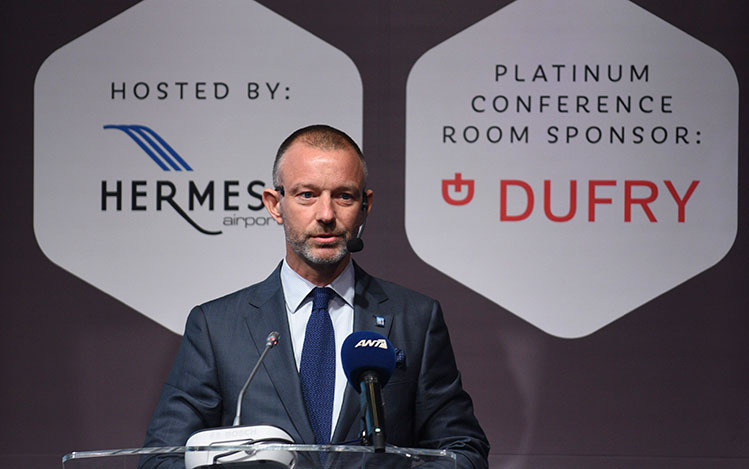 This reflects the combination of economic, geopolitical and industry-specific challenges which are also pointing to more turbulence in the coming months. Slowing economic growth, recessions risks, trade wars and the prospect of a hard-Brexit come along with overcapacity, rising fuels bills, ATM disruptions, airline consolidation and aircraft grounding & delivery delays. Under such circumstances, one could not possibly resent airlines for putting the brakes on their capacity growth and network expansion.

But while these are ultimately nothing else than ‘business-as-usual’ challenges affecting demand & supply, European aviation is now bracing for a much more fundamental issue: that of reconsidering its societal value.

Over the past months, more and more Europeans have lived through their ‘moment of realisation’ – the moment when they understood the existential impact of the Climate Crisis, and with it the vertigo of what this means for our societies, humankind… and their own children. That collective realisation might still be incomplete, but it will not go in reverse. As it happens, it is about to fundamentally reshape European policy. The designated President of the European Commission, Ursula von der Leyen, has announced a “Green Deal for Europe” within her first 100 days in office, with the objective of making carbon neutrality mandatory by 2050 for the whole EU. It looks like the political ‘moment of realisation’ is upon us – with the aviation sector being very much in the spotlight.

Spurred by the flight shame movement, aviation’s impact on global warming has been generating ever increasing media coverage and public debates. Meanwhile, the sentiment of those not working in the sector is probably best encapsulated in the following quote: “Aviation is increasingly isolated by a mindless mantra of limitless growth equals boundless societal good and the ultimate constraint of no substitute for fossil fuel-based propulsion.”*

Hence, it is no coincidence (and no surprise) that Mrs von der Leyen singled out aviation (together with the maritime sector) to stress that all sectors will need to contribute to the EU decarbonisation agenda. “There will be change to the way we travel and live” she said. While it is still unconfirmed what the “Green Deal for Europe” will exactly imply for aviation, it is hard to ignore the risks of punitive, unaligned and ultimately ineffective policy approaches and regulations.

The Dutch government’s EU-wide campaign for additional taxation without considering earmarking the proceeds for decarbonising aviation would certainly bring benefits for Finance ministers – but (very) limited ones for the Climate. The sudden decision of France last July to go ahead with its own aviation tax will also do nothing to decarbonise aviation – and essentially looks like window-dressing motivated by domestic politics.

Meanwhile, only lip service is being paid to ATM reform for the Climate – despite the potential to reduce aviation’s CO2 emissions by -10%. Currently, all efforts are on addressing flights delays and disruptions through emergency measures that are actually resulting in longer flight paths and more CO2 emissions. It is high time that a collective action plan from (Government-controlled) ANSPs and the Network Manager specifically addresses the Climate impact of ATM inefficiencies. As our past ACI EUROPE President, Michael Kerkloh, commented last June: “It seems the climate is not yet an emergency for all.”

Similarly, the review by the Commission of the EU Airport Charges Directive and of its State aid guidelines will need to align with the Climate Emergency. This should come with a greater emphasis on the ‘user pays’ principle, as well as a recognition that Europe’s airports will face increasing costs and investment to become more sustainable and meet their Net Zero CO2 emission commitment by 2050.

Against that background, it is obvious that collective industry leadership will be crucial to maintain aviation’s societal relevance. That requires going beyond CORSIA and setting a long-term ambition towards Net Zero for the whole sector. This in turn involves identifying and working on related pathways, but also coming to terms with different growth prospects – and recasting the way aviation talks about itself.

The stakes could not be higher – and they are definitely not just about aviation. Our only certainty for now is that the 2020s are going to be very different from what we had all envisioned.