Established 35 years ago with the ethos of creating special travel moments, Virgin Atlantic has arguably grown to be one of the most desirable airline brands, offering what it aims to be a truly unique travel experience.

Airport Business’ Mohammad Bhimani met with Juha Järvinen, EVP Commercial, Virgin Atlantic, at the airline’s headquarters near London Gatwick Airport to discuss future plans, including the development of new routes, airline acquisitions, and a game-changing Upper Class cabin that will be retrofitted on the fleet of A350 aircraft it currently has on order.

Järvinen joined Virgin Atlantic in January 2019, having previously been Chief Commercial Officer at Finnair. Before that, he held senior commercial and operations positions at SAS. “My job within the organisation is to make sure that we have the growth engine and mindset to develop Virgin Atlantic,” he says.

Through his diverse background, Järvinen has amassed a number of skills across a range of areas within aviation. However, he has a clear specialty in network planning and distribution. “If you think about Virgin Atlantic right now, we are going through a growth phase, we are getting new aircraft in the A350, and we have announced three new routes, with two launching this year.”

Indeed, those three new services from London Heathrow are to Tel Aviv (from September 2019), Mumbai (from October 2019) and São Paulo (launching in 2020).

Through its joint venture with Delta, the US is a key region for Virgin Atlantic’s development, in which it currently serves 11 destinations. 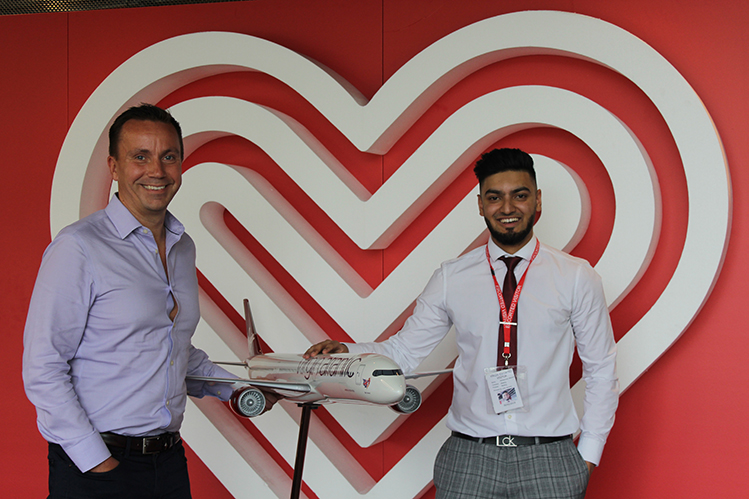 Airport Business’ Mohammad Bhimani met with Juha Järvinen, EVP Commercial, Virgin Atlantic, to discuss future plans, including the development of new routes, airline acquisitions, and a game-changing Upper Class cabin that will be retrofitted on the fleet of A350 aircraft it currently has on order.

Meanwhile, Järvinen believes 2019 is a catalyst for change, with the aim of diversifying the airline’s network globally. Commenting on the new Tel Aviv route, he highlights Israel’s development as a technology and cybersecurity hub, as well as its strong pharmaceutical industry. Consequently, the route will support both Virgin’s cargo and passenger markets.

In March 2019, Virgin Atlantic withdrew its London Heathrow-Dubai route. However, Järvinen explains that the Tel Aviv route is not a replacement. “Dubai was a completely different market and extremely competitive with Emirates leading that route. We felt that it was not strategic for us. Tel Aviv is more strategic, as it gives us more leverage for the local market and especially as a connection to the US.”

To fill the void left by debt-ridden Jet Airways, the return to Mumbai in October after a five-year hiatus means that, once again, Virgin has access to one of the fastest-growing aviation markets. “We already operate a daily flight to Delhi,” says Järvinen. “However, we need to secure our presence in the Indian market and re-enter Mumbai by filling up the capacity left over by Jet Airways.”

The re-launch of this route comes at a time when the London to Mumbai market has grown by almost 21% in terms of passenger capacity.

In February 2019, Virgin Atlantic acquired Flybe and Stobart Air, as part of a consortium with Stobart Group and Cyrus Capital Partners, known as Connect Airways. Flybe is Europe’s largest regional airline, flying 8.5 million passengers each year to 170 destinations. Significantly, this includes connecting customers around the UK regions to Virgin Atlantic hubs at Manchester, London Heathrow and beyond.

“We currently do not have European Commission approval for an expanded domestic and European network through the new Connect Airways consortium of Flybe and Stobart Air,” Järvinen comments. “Until then, we cannot do any appropriate planning. However, with this consortium we see growth potential in both the UK and Europe, which we will develop once we have been given the go ahead.”

• ‘Red on the inside’ is about the employees at Virgin Atlantic, with a clear focus on developing Virgin employees to better serve customers.

• ‘Red on the outside’ is all about growth opportunities from a revenue perspective, through increased distribution in sales channels, to ultimately build a network globally.

• ‘The best in partnering’ is focused on building Virgin Atlantic’s global footprint and developing its network through growth opportunities and partnering with other airlines.

Järvinen explains that, in addition to these three pillars, Virgin Atlantic is striving towards its vision of becoming Britain’s second flag-carrier.

Virgin Atlantic recently revealed the newly-designed cabins on its much-anticipated Airbus A350-1000 aircraft. The long-awaited new Upper Class section, with a social space known as ‘The Loft’ was unveiled, giving the former dated premium section a refreshing new look. 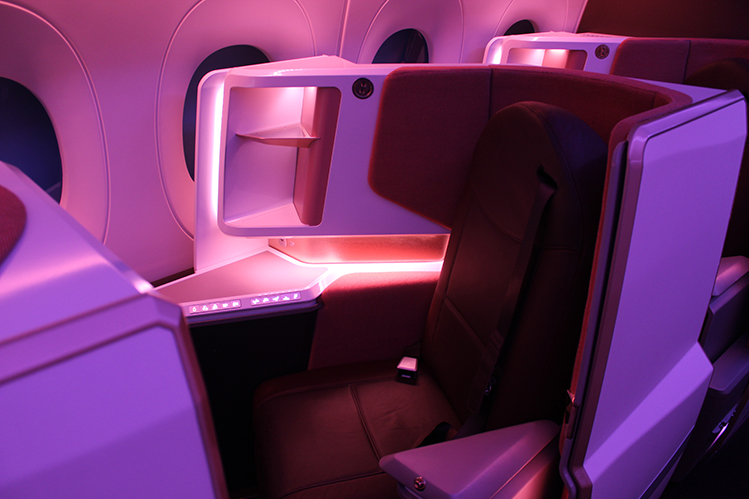 Virgin Atlantic recently revealed the newly-designed cabins on its much-anticipated A350-1000 aircraft. Airport Business was given a preview of the cabins on an A350 rig at the airline’s headquarters near London Gatwick Airport.

In addition to the delivery of three 787-9 Dreamliner aircraft, and the acquisition of a further three A340s, the airline is investing in 12 A350-1000 aircraft valued at $4.4 billion (€4bn) as part of its fleet modernisation strategy.

Though the cabin design onboard the A350 is described as “sophisticated and mature”, Järvinen says that the key focus is on evolving with the times. The A350 will be a direct replacement for some of Virgin’s older aircraft, including its fleet of 747s with an average age of 19.5 years, meaning the carrier will have a much younger fleet overall.

It may take time for a consensus to emerge about whether Virgin Atlantic’s product innovations and enhancements were worth the investment. However, it is clear that, through a renewed strategy and leadership approach, the airline is truly striving to achieve its aim of being “the most loved travel company and becoming Britain’s second flag-carrier”.