Vienna Airport is on a dynamic growth curve. In Q1 2019, the airport serving “The City of Music” was the fastest-growing in Europe in its class (over 25 million passengers) with a 24.6% increase to six million travellers.

The trend continues – the latest figures for January to April show impressive growth of 26.6%. “The main growth drivers are the long-haul services and Austrian Airlines, as well as the low-cost carriers with Laudamotion, Wizz Air, easyJet, Eurowings, LEVEL, and many more,” explains Julian Jäger, Joint CEO and COO, Vienna Airport. 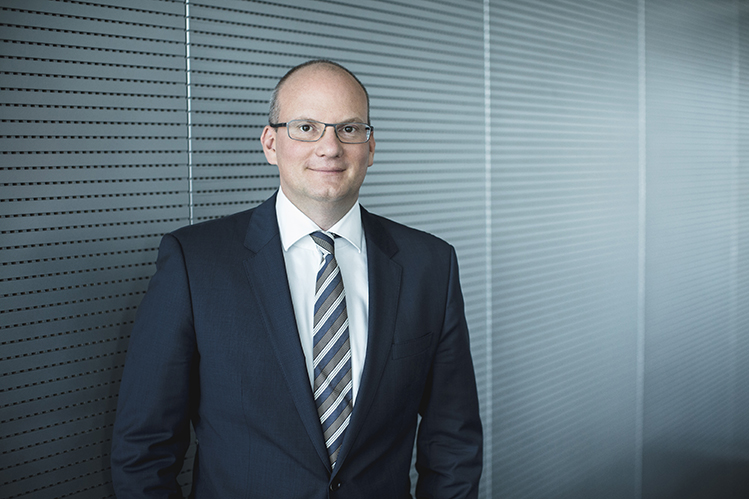 Julian Jäger, Joint CEO and COO, Vienna Airport: “Most of the tourists visiting Vienna come from distant markets outside of Europe. For this reason, we place a particular emphasis on long-haul flight connections. For example, we see considerable potential in expanding services to China.”

2019 will be another record year for the airport, in which it expects further growth on low-cost and long-haul flight connections, as well as with transfer traffic. Jäger is confident the airport will achieve a new record of over 30 million passengers – a 10% increase on last year.

“We want to continue strengthening the role of Vienna as a high-performance flight hub in the heart of Europe,” he says. “For example, thanks to 46 flight connections to Eastern Europe, we are already one of the leading flight hubs in this region. Our clear strategy is to expand our portfolio in long-haul and low-cost services, and we are successful on that.”

Indeed, new long-haul services from ANA, Air Canada, Austrian Airlines, and China Southern Airlines have increased connectivity, and Jäger sees potential for more. “The low-cost segment is also growing rapidly, up to a passenger share of more than 30%. Three low-cost carriers – Laudamotion, Wizz Air and LEVEL – operate flight bases at VIE and are expanding their services, while Wizz Air will station a sixth aircraft in Vienna.”

Furthermore, in the low-cost segment, easyJet has increased its frequencies, Volotea recently inaugurated a new service to Bordeaux, and Vueling will fly to Florence starting in autumn 2019.

Jäger notes that the recent expansion activities by airlines in choosing Vienna as their base is partly a result of the Air Berlin insolvency in 2017, which prompted other carriers to step in and fill that gap.

VIE: “An indispensable driver of tourism”

Vienna is very well-established as a tourism and business destination, and the growing passenger numbers and increasing connectivity indicate that airlines see interesting market potential for their route networks. “To support that interest, Vienna Airport provides a very attractive incentive scheme, good service quality, and highly reliable handling services,” says Jäger. “We manage the 25-minute minimum connecting time within the Star Alliance thanks to a pronounced service quality in comparison to competitive airports. Numerous awards, such as for the ‘Best Airport Staff in Europe’, which we recently received from Skytrax, confirm the success of our efforts. We won this award for the fourth time in five years. Moreover, we are one of the few European airports which boasts the 4-Star Airport rating issued by Skytrax.”

The airport also works very closely with the Vienna Tourism Board to promote Vienna and Austria as an attractive destination for airlines. Close to half of all tourists visiting Vienna arrive by air. “For this reason, Vienna Airport is an indispensable driver of tourism for Vienna,” Jäger comments.

“Together with the Austrian National Tourist Office, Vienna Airport pursues a strategy of attracting more direct flight connections to Vienna,” says Jäger. “Most of the tourists visiting Vienna come from distant markets outside of Europe. For this reason, we place a particular emphasis on long-haul flight connections. For example, we see considerable potential in expanding services to China.”

The airport works closely with its airline partners on the development and marketing of new routes. “On the basis of a fair incentive programme for new routes and frequency increases, we want to make Vienna ever more attractive as a flight hub, and also make it more enticing to open up new flight connections in Vienna,” Jäger explains.

He adds that a dedicated department focuses on the task of attracting airlines, and offers various marketing activities. “For example, Vienna Airport is represented each year at Austria’s biggest travel fair and offers airlines the possibility to participate in numerous campaigns.”

While being a key driver of tourism, Vienna Airport also makes a significant contribution to the city and region’s economic development. “One new job at the airport creates three more jobs in Austria,” says Jäger. “A high-powered airport is also important for Austria’s economy, in light of the fact that many companies locate their headquarters here due to the potential hub function. Several large companies have already located their business operations directly at Vienna Airport, for example MAKITA, DHL and Cargo Partner. Moreover, Vienna Airport is one of Austria’s largest employers, with 22,500 people working at the airport site.” 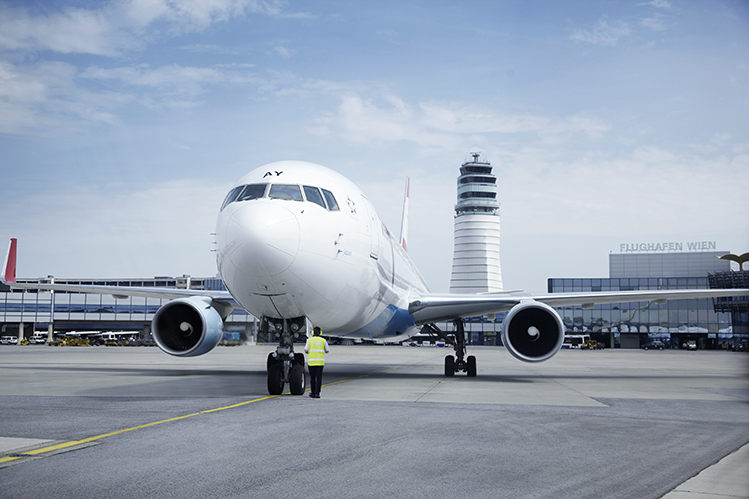 2019 will be another record year for Vienna Airport, in which it expects further growth on low-cost and long-haul flight connections, as well as with transfer traffic. The airport forecasts over 30 million passengers – a 10% increase on last year.

Building on its current growth phase, Vienna Airport is planning several modernisation projects to enhance the travel experience for passengers. The first noticeable new feature in the Terminal 2 Shopping Plaza will be evident to passengers in mid-2019. Here, a modern 800sqm multi-brand store will open, occupying a large part of the plaza space and housing several popular fashion brands in a modern ambience.

“The remaining part of Terminal 2 and Pier East will subsequently be adapted to today’s standards and modernised,” Jäger comments. “Terminal 3 will also be extended, adding 20,000sqm of space for new lounges, shops and a spacious security checkpoint for a relaxed departure.”

Meanwhile, the construction of a third runway was recently approved and, according to current estimates, that project could be put into operation in 2030.

Looking ahead to the remainder of 2019 and beyond, Jäger explains that the priority is maintaining service quality in the light of growing passenger volumes and upcoming renovation work. “Furthermore, positioning Vienna as a high-performance flight hub in Europe and opening up new long-haul destinations; finally, in the long-term, naturally it is important to add the implementation of the 3rd Runway project at the site.”