On 26 March 2019, ACI EUROPE organised in cooperation with the Romanian Presidency of the European Council a visit to Brussels Airport for EU Transport Attachés. The exclusive tour aimed to show key areas of activity of Brussels Airport and educate the policy makers on the reality of running an airport. The participants were given a first-hand impression of airside operations, ground handling, firefighting services and security.

The comprehensive tour, kindly provided by the Brussels Airport team, helped shape the understanding of the 30+ participants of the current conditions in which European airports operate. 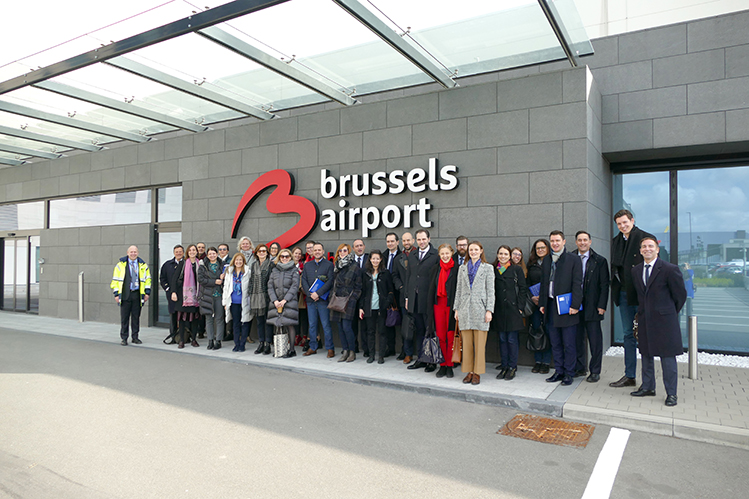 The visit was attended by EU Transport Attachés, representatives from DG MOVE (European Commission’s Directorate for Transport & Mobility) and the Secretariat General of the Council of the European Union. 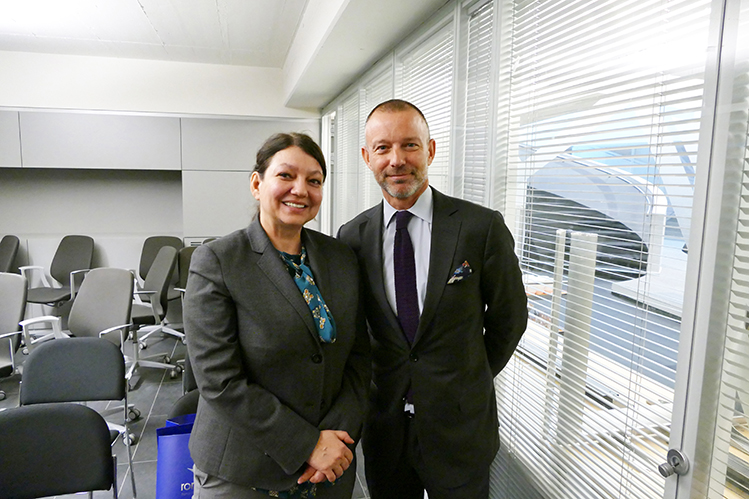 Pictured: Ivona Stan, Counsellor for European Affairs at the Romanian Permanent Representation to the EU and ACI EUROPE Director General, Olivier Jankovec. Romania is holding the six-month rotating Presidency of the European Council until 30 June. 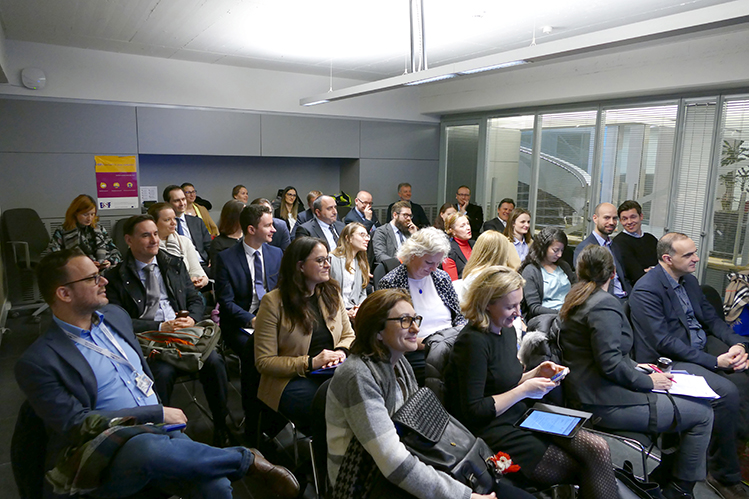 Prior to the tour, the participants tuned in to presentations delivered by ACI EUROPE’s Olivier Jankovec, as well as Geert Van Dessel and Kurt Daels from Brussels Airport. 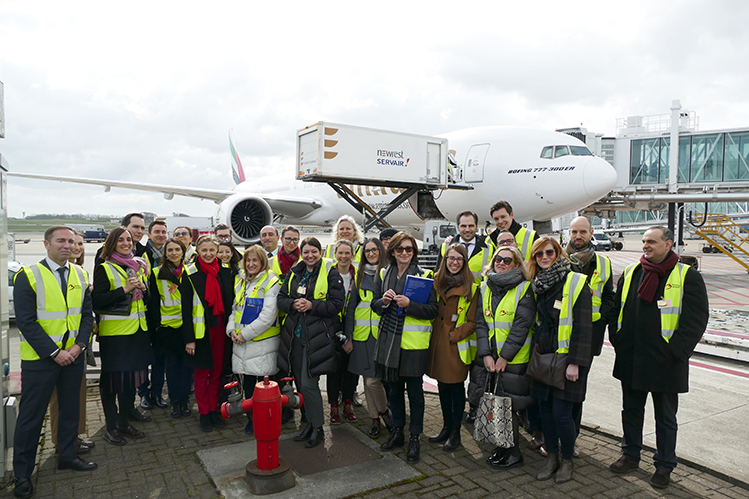 As part of the tour, the EU Transport Attachés witnessed the arrival of Emirates’ Boeing 777-300ER. 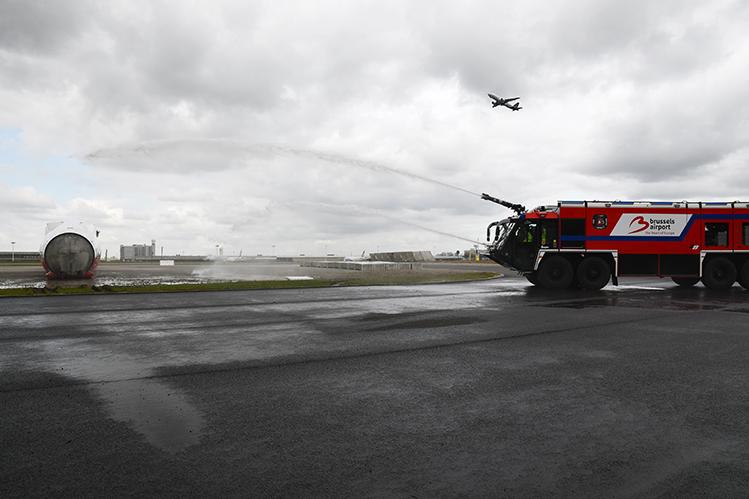 The Brussels Airport Fire Brigade showcased their state-of-the-art equipment and the newly refitted, energy-efficient fire stations, opened only a fortnight before the visit. In the event of an incident on the tarmac, the Fire Brigade must be on site within 3 minutes. 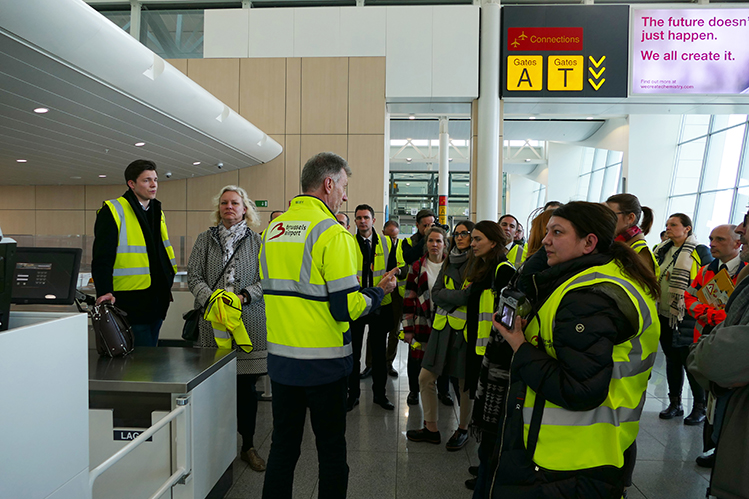 Last but not least, Wilfried Covent, Senior Security Expert at Brussels Airport, explained the particularities of their security platform, one of the largest security screening areas in Europe.