Avinor: “All domestic air transport in Norway electrified by 2040” 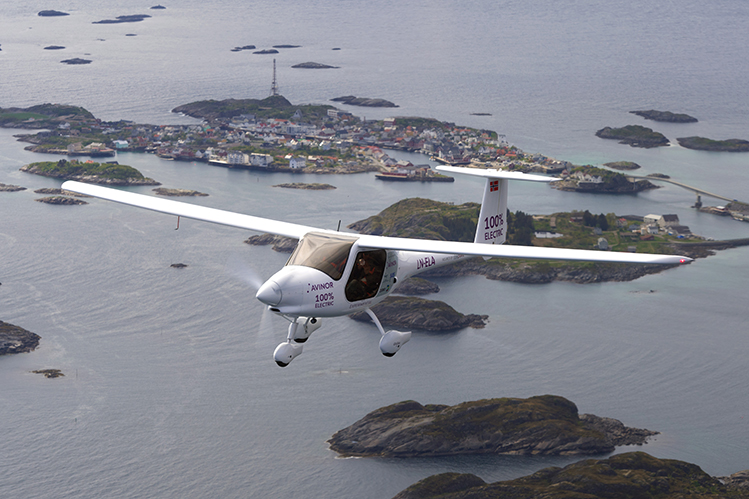 Norway is a vast country with a challenging geography, and is very dependent on aviation. The country is committed to eco-innovation, pledging to become climate-neutral by 2030, being a major producer of hydropower, and having ambitious plans for electric vehicles. This progressive approach to the environment is mirrored by Norway’s airports, 43 of which are operated by Avinor, including its major – Oslo Airport.

“Our near-term goal is to halve our emissions by 2022 compared with 2012,” says Olav Mosvold Larsen, Manager – Carbon Reduction Programme, Avinor. “Given that use of diesel in our heavy snow removal vehicles is more than 40% of our own emissions, phasing in sustainable biodiesel is crucial. We are also replacing our light vehicles with electric vehicles, and we have a very interesting project ongoing in Spitsbergen – one of the world’s northernmost airports – to produce more of our own electricity with solar and wind power.”

The latest news coming out of Norway is that from 2020 all aviation fuel sold in the country for civil purposes must contain at least 0.5% sustainable jet biofuel. “That, I think, is a world-first, and the goal of the government is to increase that share to 30% in 2030,” Larsen explains. “We are also working on some very interesting projects, but I cannot disclose the details yet. We will, for sure, continue to be a driver for phasing in sustainable aviation fuels in Norway.”

Avinor has also established a long-term project for the introduction of electric aircraft in Norwegian aviation. The project partners are Widerøe, SAS, the Norwegian Association of Air Sports (NLF), and climate foundation ZERO.

Last year, Avinor and NLF acquired Norway’s first electric aircraft, a two-seater Pipistrel Alpha Electro, and Norway’s first fully-electric flight took place at Oslo Airport on 18 June 2018. Electric aircraft will be exempt from landing charges and will be allowed to charge up for free at Avinor’s airports until 2025.

“This summer, we will continue to fly our little Pipistrel Alpha Electro,” says Larsen. “It has about one-hour endurance and is a fantastic platform for demonstration and communication, but also for getting to know the future technologies of aviation. Together with the civil aviation authorities in Norway, we are also working on a report for the Norwegian government advising on policy instruments and incentives for accelerating the transition to electrified domestic flights in Norway.”

Avinor sees huge potential because, on Norway’s network of smaller airports, 20 routes operated today are shorter than 180km. “We believe that Norway is in a unique position to utilise the first generation of small electric and hybrid electric aircraft thanks to the established local network of small aircraft, great public interest and government support for transport electrification, and almost 100% renewable electricity,” Larsen explains.

He adds that, based on the information Avinor has obtained from the aircraft manufacturers, a realistic expectation is that the first small electric or hybrid-electric aircraft will enter passenger service in Norway around 2025.

“Our vision is that all domestic air traffic in Norway is electrified by 2040. Aviation will then be a part of the solution, not a part of the problem. We believe that reducing carbon emissions – also outside our direct control – is the right thing to do. And that it makes business sense.”