Why airports are investing in automation

Airports are investing in automation as a response to rising passenger numbers and the challenges of capacity constraints. By Iyad Hindiyeh, Global Head of Strategy, Airport IT, Amadeus

Airports are extremely busy places, where convenience and efficiency are of high priority to passengers. But if seamless travel is in high demand, why have some airports been slower than other industries, such as retail, to adopt automated solutions?

Unlike the retail industry, airports form part of critical national infrastructure. As such, they can be more conservative about deploying new digital technologies. There are other factors that might contribute towards this attitude. Regulation differs between countries, security imperatives must be considered, and there is also the challenge of introducing new technology at scale. But attitudes are beginning to change.

Over the last 20 years, airport passenger numbers have grown significantly, fuelled by a combination of deregulation, population growth, and regional development, particularly in Asia and Latin America. IATA predicts that by 2037, passenger numbers could double to 8.2 billion. These rising passenger numbers place immense pressure on airports.

One solution, of course, is to build more runways and terminals, but regardless of restrictions on space, this isn’t a sustainable solution in the long-term. Instead, airports are increasingly looking to automated technologies to help deal with these challenges and improve the passenger experience. 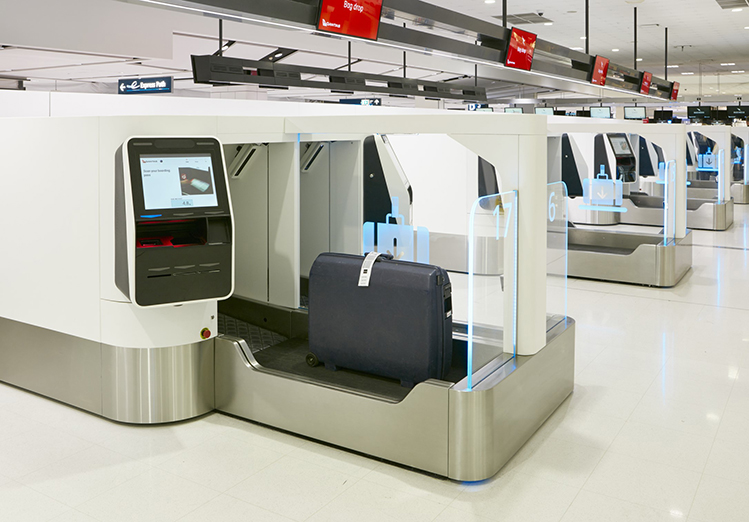 Amadeus recently acquired ICM Airport Technics, the global leader in self-service bag-drop solutions. In May this year, ICM helped Sydney Airport T1 International process its millionth bag checked in by a passenger. Similarly, ICM’s ‘Auto Bag Drop’ units are being rolled out at some of the most innovative airports in the world, including Singapore’s Changi Airport.

A foundation for automation

Airports looking to automation as a response to their capacity constraints recognise the fully-automated airport won’t be realised overnight. Instead, they are investing in common-use solutions as a foundation for further innovation.

The airport of convenience

Long airport queues are an altogether too familiar inconvenience for passengers. In many cases, congestion is caused by sudden spikes in passenger numbers, which can place pressure on resources and strain capacity.

Increasingly, airports around the world are turning to automated and self-service solutions to make passenger processing more efficient. In order to help airports achieve this, Amadeus recently acquired ICM Airport Technics, the global leader in self-service bag-drop solutions. In May this year, ICM helped Sydney Airport T1 International process its millionth bag checked in by a passenger. It was an immense achievement considering the solution had only been rolled out to the international terminal the previous year. Similarly, ICM’s ‘Auto Bag Drop’ units are being rolled out at some of the most innovative airports in the world, including Singapore’s Changi Airport.

These innovations not only allow passengers to quickly and easily drop off their bags at their convenience, but also help airports deal with congestion before it arises, transforming the design of airports to improve passenger flow.

With the flexibility to scale up and down at their convenience and the ease of automation, airports can effectively redesign passenger handling. By implementing a solid automation foundation, airports will be well-placed to incorporate biometric technology, an important realisation of the fully-automated airport. With these automated solutions in place, the most innovative airports can look beyond self-service, creating a seamless path through the airport to transform the experience of their passengers.