ACI EUROPE has released its traffic report for December, Q4, H2 and Full Year 2018. It is the only air transport report that includes all types of airline passenger flights to, from and within Europe: full service, low cost, charter and others.

Passenger traffic across the European airport network grew by +6.1% last year, bringing the total number of passengers using Europe’s airports to a new record of 2.34 billion. While growth somehow moderated in 2018 when compared to the exceptional performance of 2017 (+8.5%), it remained very dynamic – especially considering underlying economic trends and geopolitical tensions. Continued airline capacity expansion played a major role, as aircraft movements grew by +4% – even faster than in 2017 (+3.8%). 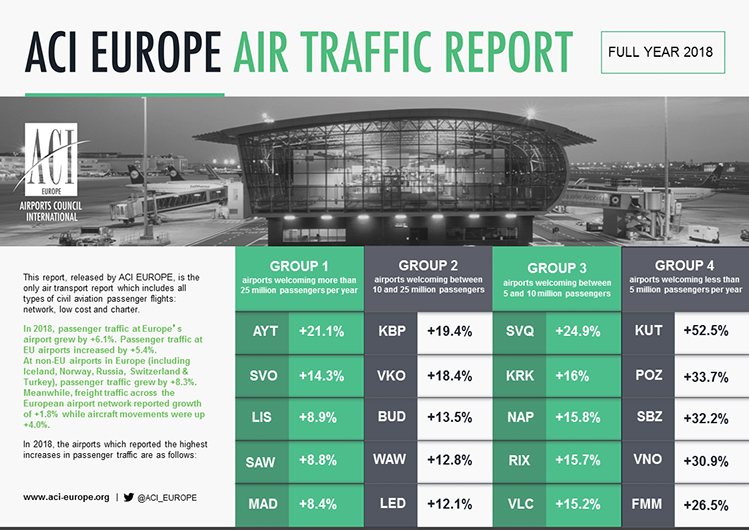 “Once again, passenger traffic has shown remarkable resilience in 2018, with Europe’s airports welcoming an additional 136.6 million passengers,” comments Olivier Jankovec, Director General, ACI EUROPE. “This means that in just five years, passenger traffic has expanded by more than a third (36%) – with more than 629 million additional passengers – of which 445 million were in the EU alone. Managing such growth has been quite a challenge and the strain on airport facilities and staff is real. Capacity and quality are now major issues for an increasing number of airports across Europe. This of course requires investment but also greater operational efficiency – through effective airport-ATM integration and alignment with all other stakeholders.”

Passenger traffic at EU airports posted an average increase of +5.4% in 2018 (compared with +7.7% in 2017) – with ATM disruptions, airline strikes and consolidation limiting gains in several markets up to the summer. Since then growth has been on an upward trend, with December closing at nearly +7%. 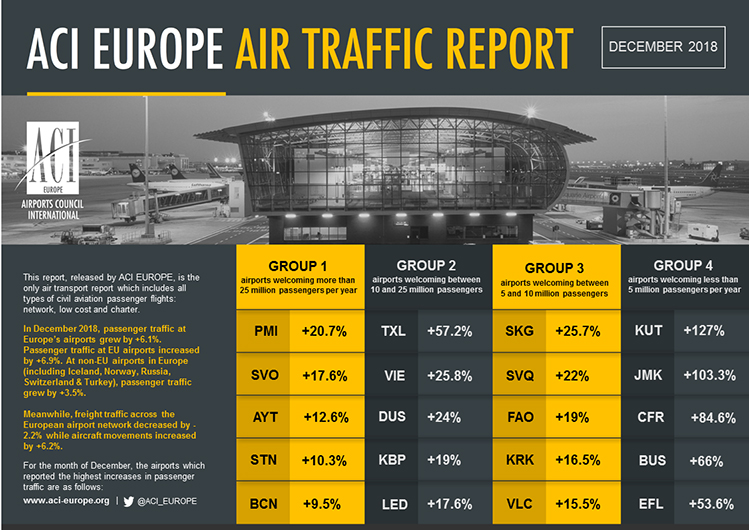 Meanwhile, non-EU airports saw passenger traffic expand by +8.3% (compared to +7.7% in 2017). However, unlike in the EU market, growth has followed a downward trend throughout the year, from an impressive +14.6% in January to +3.5% in December. This was mainly due to domestic demand at Turkish airports being affected by the country’s economic woes (total passenger traffic growth at Turkish airports stood at +0.9% in Q4), weaker demand at Norwegian airports and growth coming to halt at Icelandic airports towards the end of the year (-0.1% in December). 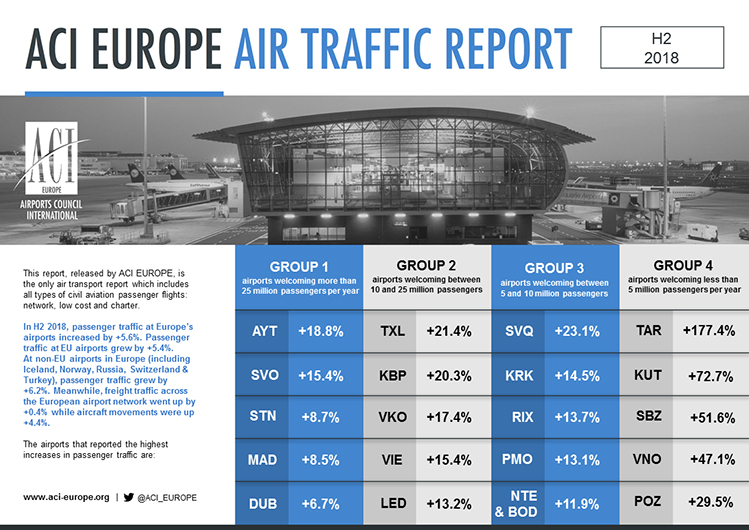 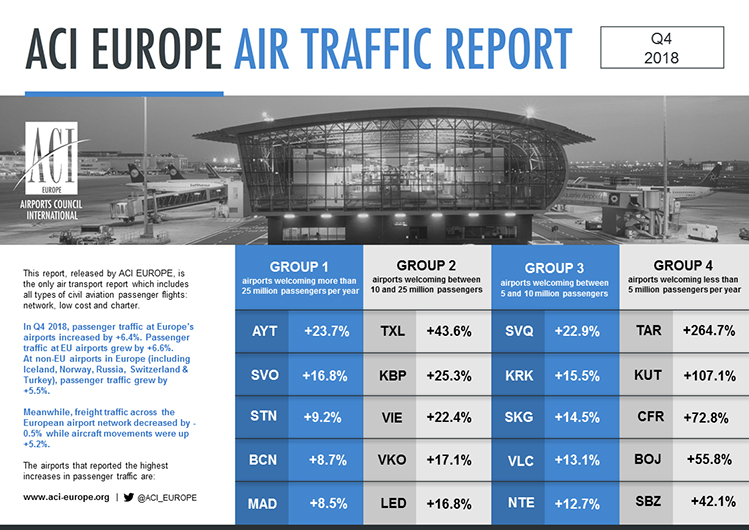 Want more access to the latest airport traffic data? ACI EUROPE has developed a dedicated app providing just that. The app gives you all the usual key figures, but also enables you to make customised comparison tables and graphs that can be downloaded and shared via email or social media. The app is available for iOS, Android and as a web app. To find out more, go to www.aci-europe.org/trafficapp