By Yannick Beunardeau, Head of Airport IT Europe, Middle East and Africa, Amadeus

It is impossible to name an industry which isn’t impacted in some way by the drive for sustainability. For the travel industry, its efficiency and ecological impact is an issue of significant importance which matters to governments, travel companies and travellers themselves.

Travel, like most sectors, has a number of areas where the sustainability of business practices and operations can be brought into question. This is an issue which will only grow in importance, as more regions and countries develop their tourism industry and increase the volume of passengers. It is important that all players within the industry are focused on reducing their carbon footprint, cutting waste and operating as efficiently as possible. 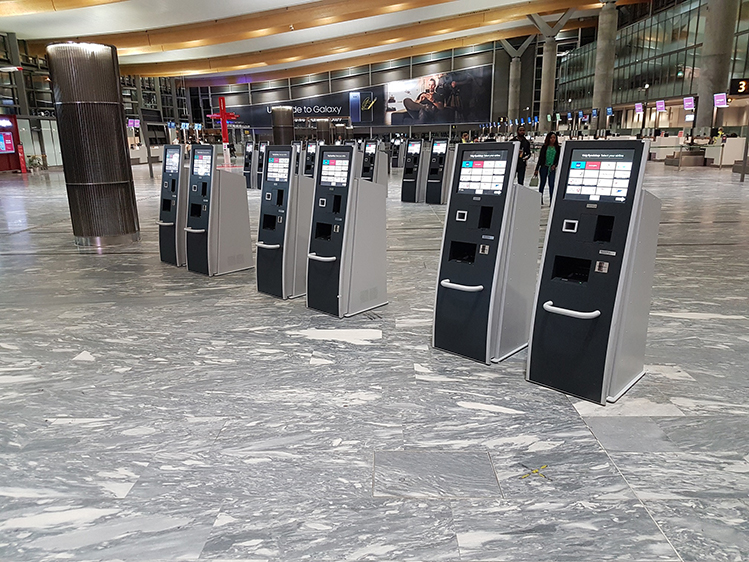 Sustainability within the airport environment

There are many areas where airports, specifically, can focus their energy when it comes to sustainability. However, the range of options available and the complexity of operations can be challenging and make it difficult to decide where to begin and what to prioritise.

At Amadeus, we believe that part of the answer lies with employing modern technology solutions, which have been proven to help airports reduce the energy they consume and therefore help airports to operate more sustainably.

The recent ‘Airport Digital Transformation: from operational performance to strategic opportunity’ report from Arthur D Little, commissioned by Amadeus, found that smart energy systems used to monitor and optimise energy consumed within the airport environment, while not a top priority up to now, were consistently flagged as an area in which airports see potential to do more.

However, this energy saving initiative can also be extended to less obvious areas. Airport professionals are, of course, aware of the complex infrastructure that exists within some airport environments today. Typical common-use systems, such as CUTE and CUPPS which used to process passengers and coordinate operations with airlines, require huge amounts of energy, maintenance and manpower in order to keep them running smoothly.

The servers that are kept within the airport alone require huge computing power and consume a vast amount of electricity. This in turn generates massive levels of heat and requires air conditioning systems in order to cool the server rooms – creating a constant drain of power.

Amadeus’ modern technology has the power to reduce the complexity, time and cost of these resources, by removing this inefficient physical infrastructure from the airport environment entirely.

Amadeus Airport Common Use Service (ACUS) redefines common-use infrastructure at the airport. By moving passenger processing systems into a single, scalable industry platform that is hosted in Amadeus’ data centre, airports can say goodbye to physical desk space needed with traditional hardware, and instead benefit from energy efficient ‘thin-client’ workstations.

These machines are best described as viewing terminals that allow agents to use a Passenger Services System (PSS), but they consume only 15% of the energy of an equivalent PC, in part because
they have far fewer moving parts. In fact, Amadeus’ environmentally-friendly common-use platform is expected to help airports reduce their total CO2 emissions by up to 5,000 tonnes annually*.

Consider this example: if 75% of the workstations at a 300-workstation airport switched to thin clients, the organisation would save the equivalent of 148 tonnes of carbon dioxide emissions over a five-year period. This amount of energy would allow a VW Golf TDI to circle the earth 27 times*.

ACUS also has a clear benefit for airline stakeholders, who will need only one connection to Amadeus’ data centre to deploy their departure control system and Amadeus will connect to the ACUS-enabled airports where the airline operates. Airlines are also able to virtualise any other applications that their agents need to use in the airport environment by using Amadeus’ platform in the same fashion. This means that all passenger processing functions can be performed from a centralised private cloud and airports no longer need to manage the complexity of multiple connections and different software versions.

Of course, there are many areas which airports and the rest of the travel ecosystem could consider evolving, in order to reduce their energy usage and carbon footprint. However, by investing in cloud-based solutions, not only is energy saved but travel players also gain a host of benefits in terms of time, cost-savings
and efficiency.

*IT makes sense to share: Making the case for the cloud in Common Use airport technology, 2014, Amadeus report