43 million passengers approved! “We are going to account for up to half the growth in London in the next 10 years”

Airport Business met with Ken O’Toole less than 24 hours after London Stansted Airport’s successful planning application to Uttlesford District Council. The approval – for an increase in the number of permitted passengers from 35 million to 43 million – was matched by Stansted’s commitment not to increase the ceiling for movements above 274,000 flights. (This compares with 26 million passengers and 190,000 movements in 2017.) 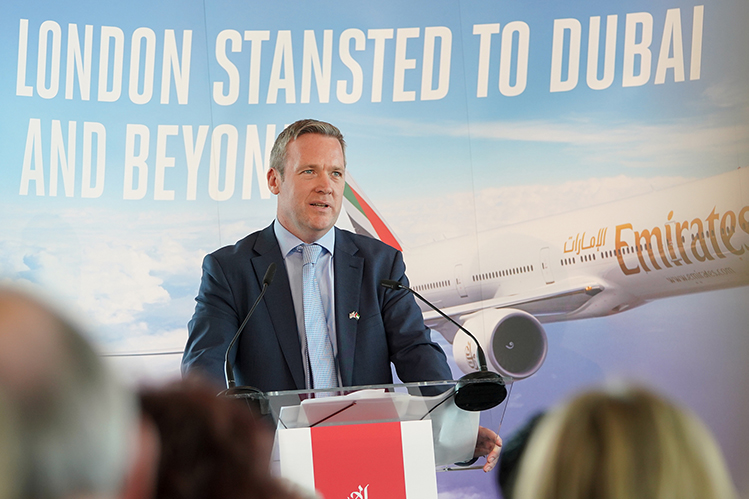 The launch of Emirates’ daily services in June 2018 have taken centre stage as the flag bearer of London Stansted’s long-haul ambitions. “Emirates is great for Stansted and similarly Stansted is proving good for Emirates too. Over time, we’re hopeful of further Emirates growth and confident that other additional airlines will add to our long-haul connectivity, creating a network of high-performing long-haul routes serving our very strong catchment area.”

Despite challenging arithmetic – the Planning Committee was evenly split with the chairman carrying the approval with a casting vote – O’Toole believes the local political support to be very significant: “The result says a lot about the quality of our community relations; this is recognition, both for Stansted’s role in the region’s economic growth, and the comprehensive package of community measures we have taken.” These “measures” are neatly summarised by O’Toole as:

• The “doubling of a direct economic contribution to £2 billion” (€2.3 billion)

• “The agreement not to seek an increase in the number of flights, combined with a smaller noise footprint.”

Five years after Manchester Airports Group (MAG) acquired Stansted for £1.5 billion (€1.7 billion), the approval means that the airport will be able to make best use of the capacity it is creating in its multi-faceted £600 million (€700 million) Stansted Transformation Programme. This includes the already-approved “centrepiece” £130 million (€150 million) Arrivals Terminal which will free up the existing building to become a departures-only complex, and boast a doubling of the current 10,000 square metre airside retail offer.

O’Toole says the developments will increase one-hour terminal capacity from 4,250 to 7,450 departing passengers per hour: “That’s a very big uplift in peak capacity, a big chunk added to the London market – and we need it – we’re the fastest-growing London airport by some considerable margin, and our estimates tell us we are going to account for up to half the forecast growth in London for the next 10 years – that’s why it was so important to get this positive decision to raise the cap.”

In terms of relevance and importance to both London (and to “the London-Cambridge Corridor”) O’Toole strongly affirms: “London Stansted will play an increasingly bigger part. That’s why we are investing heavily in our facilities, while not forgetting that our tradition has been built on providing good value to airlines – and passengers – we are very keen to keep that DNA strong and alive.” 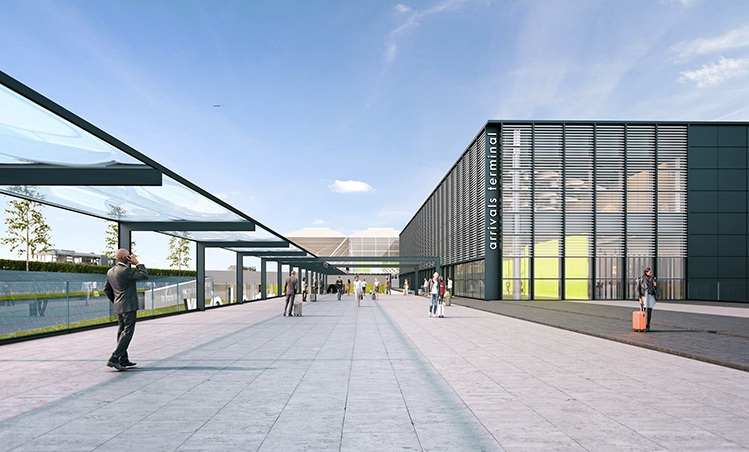 The new Arrivals Terminal stands next to Norman Foster’s trademark 1991 London Stansted terminal, which will become a departures-only complex in 2020. The new £130 million (€150 million) terminal is the visual and experiential “centrepiece” of the five-year, £600 million (€700 million) Stansted Transformation Programme.

With current growth exceeding 8% the airport should pass the 30 million threshold next year. But O’Toole, formerly Director of New Route Development for Ryanair (an airline which is reliably the biggest annual launcher of new routes in the world) also wants a lot more long-haul. The airport has published a list of 20 “high demand” new long-haul destinations (see table).

Unsurprisingly, the CEO takes a very hands-on role in the task of London Stansted’s aviation development: “We’re spending lots of time flying around the world talking to airlines. They are very aware of the capacity constraints around London. With our latest permission to grow, combined with the investments we are making, the opportunity to serve London and this region is very big indeed.” 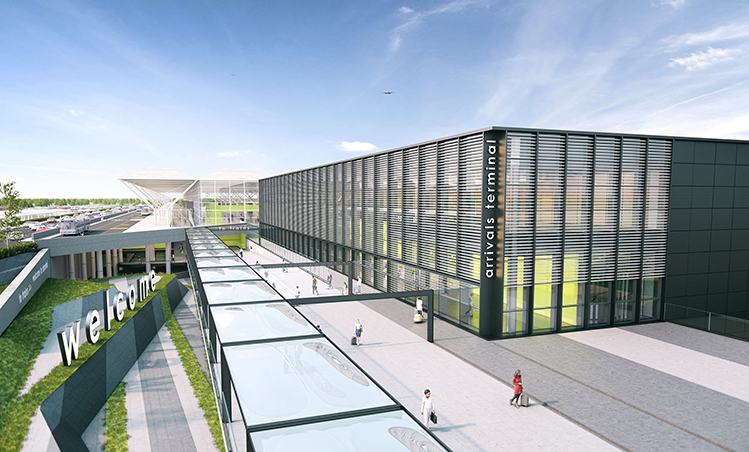 O’Toole says there are plans to make significant use of the Arrivals Terminal’s outdoor areas, which he envisages could become a “Kings Cross-St Pancras Station forecourt experience with a significant F&B and street food offer.”

Despite the revenues that airports like London Stansted used to make from intra-European duty free before abolition in 1999, O’Toole, an Irish-national and native of Cork, makes no secret of the view: “We’re not counting on it! I would sooner have the seamless ease of connectivity that we have at the moment, rather than duty free. If, as a future compromise, staying in the single market for aviation meant we could not have duty free, then I would not have an issue with that.” Even the prospect of installing an ‘arrivals duty free’ store in the new Arrivals Terminal does not cause O’Toole any excitement. “I’d rather take access to open skies any day.”

“We can see these routes just jumping out at us”

Besides fostering relationships with the airlines O’Toole says his team are also spending a great deal of time locally “getting underneath the travel patterns of the myriad of companies which operate in the London-Cambridge corridor. One big frustration we hear is that people are having to commit 2-3 hours to get around the M25 motorway to other airports – the cost and impact on productivity is just immense, so they keep telling us they want London Stansted to offer a network of long-haul routes that will connect them to their key countries – we can see these routes just jumping out at us.”

The course of route development for all airports (and airlines) is never even and the October failure of Primera Air – and loss of its newly-launched summer 2018 routes to Toronto, Washington, New York and Boston (using A321neo aircraft) was an undoubted disappointment. But the airport’s clear position is that the low cost airline’s collapse was due to external factors; furthermore: “Primera Air’s transatlantic routes were performing very well, particularly from the inbound end.”

Meanwhile, the launch of Emirates’ daily services in June 2018 have taken centre stage as the flag bearer of London Stansted’s long-haul ambitions. “Emirates is great for Stansted and similarly Stansted is proving good for Emirates too. Over time, we’re hopeful of further Emirates growth and confident that other additional airlines will add to our long-haul connectivity, creating a network of high-performing long-haul routes serving our very strong catchment area.” 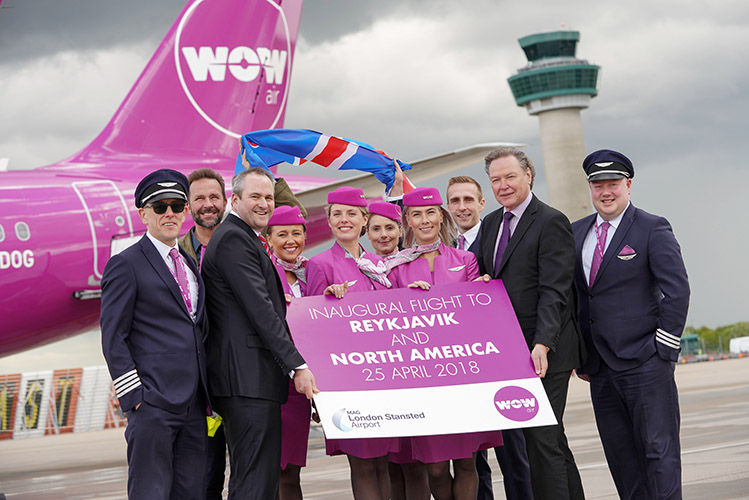 A pioneering connecting product in 2019

London Stansted is Ryanair’s largest base, as well as a substantial base for easyJet and Jet2, TUIfly and others. The European network of over 200 destinations is the most of any UK airport, and second only to Munich. But, unlike Munich, it does not have the advantages of a Lufthansa-type operator whose long-haul, including five-based A380s, is fed by seamless connections. But O’Toole says the airport has a connection plan.

O’Toole agrees: “a traditional transfer product will be difficult to put in place here with all the interline agreements required, in contrast, while the large scale self-connect activity that we have at this airport is great for the airlines, it’s not so great for the passengers who have to collect their own bags and re-check-in.”

However, O’Toole says the airport is close to cracking this: “Next year we’re planning to launch a product which takes all the benefits of self-connection, puts them together with a traditional transfer product, and then eliminates all the disadvantages, all the bad and inconvenient characteristics.”

O’Toole says the new, and yet unnamed, London Stansted self-hubbing product will also display on the meta searches like Skyscanner and Kayak “and there’s nothing to say that it could not be available on the distribution channels of our airline partners – including on Ryanair – we’re very keen to see how we can align seamless distribution on airline websites.”

O’Toole keeps his cards close to his chest about how this is all being done technically – but he does say it will be done quite soon: “We are hoping to have this in the market early next year.”

Indeed, in its planning submissions the airport stressed “advancements in aircraft technology” were central to its capacity formula. “We already have the 737 MAX and A321neo squeezing 9-10 more people onto existing short-haul aircraft, and the 787s and now the A350s coming through. The 737 MAX has a 50% lower noise impact than the -800, while the 787 has the equivalent noise impact of an -800… the direction of these developments means we are able to commit to the cap, and simultaneously commit to a lower noise impact.”

But all these things considered – won’t London Stansted still be more slot congested? “Just look out of the window! This place was designed to accommodate the growth of Heathrow. In terms of integrity and ease of design, it has the most simple ramp and runway structure, we see that with taxiing times, and block times all being much lower than the other London airports. We are the most efficient operation for getting people away on time, and for the airlines that are hoping to operate here.” 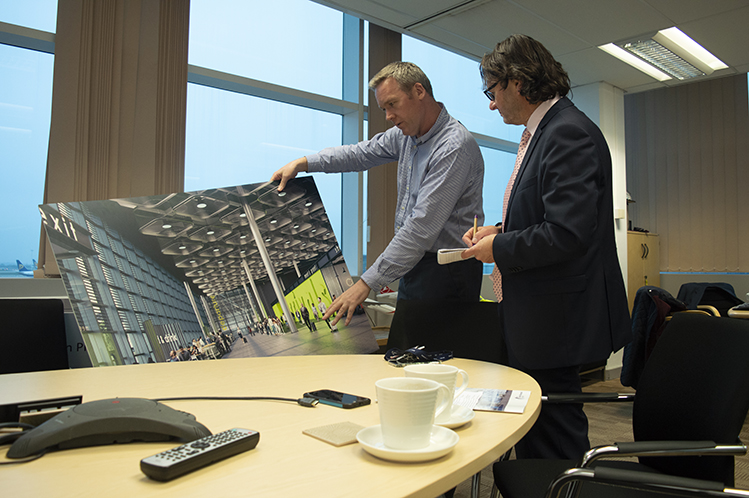 The Transformation; the absence of “marble or gold plating”

The dividends of the Stansted Transformation Programme which facilitate this development are coming fast. The most visual and experiential change will be the new Arrivals Terminal: “We’re hoping to award the main construction contract before Christmas 2018, and then open for summer 2020. Then we’ll re-model the existing terminal into the dedicated Departures Terminal by summer 2021 – it’s a very quick programme, and there’s no marble or gold plating, it’s what all the customers want,” comments the CEO with a nod to the multiplying range of tail fins on the ramp below his office. 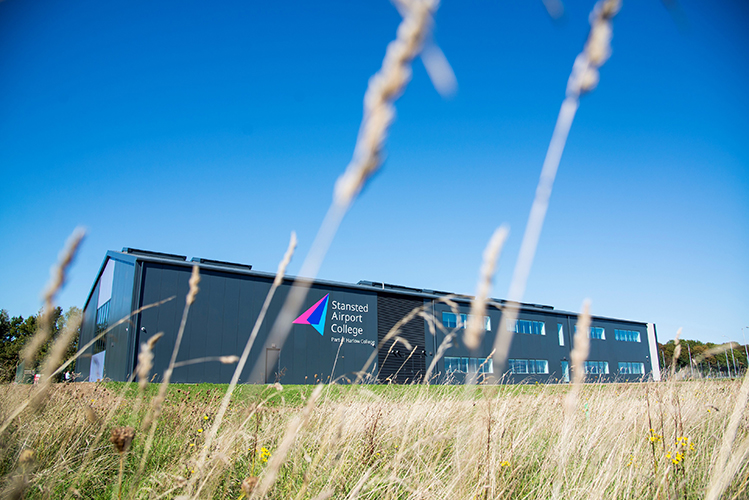 Stansted Airport College, the first on-site further education college on a UK airport, started teaching an initial in-take of 300 students in September, offering a range of airport-vocational courses including aircraft and airport engineering, airfield operations, business studies, and hospitality and customer service. “With the planning permission agreed, 5,000 new jobs are being created on the airport campus, so Stansted Airport College will play a key role in providing a talent pipeline for both the airport, and 200 on-site employers. We’ll take our first graduates from the college into employment next year,” says O’Toole. “I would absolutely love to see Stansted Airport College develop into a bigger, expanded campus, with an even wider range of airline partners and other companies in the region who have similar needs to us.”