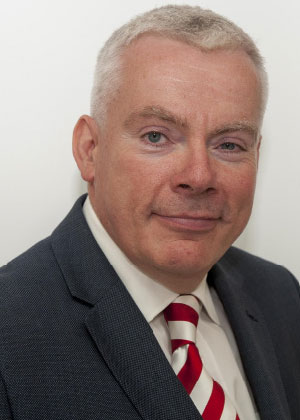 Niall MacCarthy, Managing Director, Cork Airport: “We now have the best connectivity of any airport in the Republic of Ireland outside of Dublin.”

Uniquely positioned at the start of both the Wild Atlantic Way and Ireland’s Ancient East, Cork Airport will host this year’s ACI EUROPE Regional Airports Conference & Exhibition in May. Delegates will be treated to a unique gastronomic experience in the culinary capital of Ireland. “We have been working hard on putting together a great schedule of events over the few days of the conference, including a very lively Welcome Reception at the Jameson Distillery in Midleton in County Cork,” reveals Niall MacCarthy, Managing Director, Cork Airport.

2016 was a positive year for Ireland’s second-largest airport, with passenger growth of 8% coming on the back of a year that saw a positive reverse in its fortunes. This success is mainly driven by the efforts the airport has put into attracting new routes. Last year, Cork added nine new services, as well as three new airlines, including Düsseldorf with Aer Lingus, Cardiff with Flybe, and Madrid with Iberia Express. Additionally, new routes to La Rochelle and Nantes with CityJet will launch over the summer season. “We now have the best connectivity of any airport in the Republic of Ireland outside of Dublin,” MacCarthy enthuses. “2017 is shaping up to be another positive year with predicted passenger growth of 5%. We have already seen passenger growth in the first two months and we expect this to increase further as new routes come online.”

WOW air will start services from 19 May to nine cities across the US and Canada, via Reykjavik. Meanwhile, in early June, SWISS will launch a new direct service to Zurich, and Volotea will introduce its planned Verona service.

One of the most important achievements so far in 2017 is the launch of the airport’s long-held ambition to gain access to the US with a new route to Boston operated by Norwegian, which will launch on 1 July. “The new route to Boston is fantastic for tourism and trade on both sides of the Atlantic,” says MacCarthy. “For the coming year the airport’s focus is on potential new routes from Central Europe and on cementing our new transatlantic connectivity, as well as meeting with potential airline partners about growth in targeted markets.”

Cork Airport provides a comprehensive support scheme for new long and short-haul routes, alongside generous marketing support. “As well as providing incentives to new airlines, we also work closely with our key regional stakeholders, both tourism and business, to provide on-the-ground data on the potential demands for new services,” MacCarthy adds.

The airport is currently undergoing a €4 million capital investment programme. The biggest changes will be in the food & beverage outlets in the departures lounge due to open in May, including the new food court, Food Republic, which will replace the previous outlet, a new landside Kinsale Café Bar on the arrivals concourse, a new bistro bar – Craft Lane – in the departures, while a new premium coffee outlet with AMT Coffee will open soon.

The overall passenger experience at Cork is something the airport hopes truly sets it apart. “We believe that the travelling public’s journey starts here at the airport, so we try to ensure it is an enjoyable one,” says Niall MacCarthy, Managing Director, Cork Airport.

Other projects benefiting from the €4 million investment include an additional passenger security screening channel. The fifth security lane will open in time for the busy summer season and will alleviate pressure during peak travel periods. Later this year, Cork Airport will also be upgrading its Executive Lounge.

The overall passenger experience at Cork is something the airport hopes truly sets it apart. “We believe that the travelling public’s journey starts here at the airport, so we try to ensure it is an enjoyable one,” MacCarthy comments. 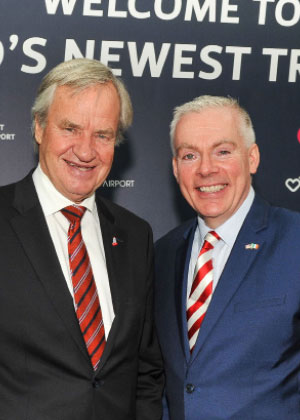 The airport uses technology, which provides real-time information and the ability to analyse historic data to provide accurate detail in relation to queue times, which can also be communicated to passengers. Moreover, MacCarthy explains, improvement of the food & beverage offering and enhancement of the passenger security screening area will help increase spend in the airport’s retail partner, The Loop.

“And thanks to our passenger growth, we have seen our revenues increase across our car parks, as well as increased demand for advertising,” he notes. “Our car hire partners have also seen a favourable bounce in their business thanks to the new routes, as well as an improvement in the ratio of inbound traffic.”

Considering the significance of the new transatlantic services with WOW air via Reykjavik, and directly to Boston with Norwegian, the airport’s main priorities during 2017 and beyond are to support these new routes to ensure their success. “Our target for the year is to further grow our passenger numbers by 4-5%. Given the growth we have already experienced since January, we are on track to achieve this, which would be fantastic for Cork Airport,” MacCarthy concludes.

Delivering a contactless journey through automation and self-service