As part of its innovative efforts to enhance the passenger experience, Finavia has been making it easier for Chinese travellers to navigate Helsinki Airport this summer with a personal guide service in their native language. The service was launched in June and in the first two months assisted about 20,000 travellers. It has also reportedly had the effect of encouraging more Chinese travellers to use Helsinki Airport’s commercial services, including airport retail – Finnish products like berry powders and Iittala are particularly popular. 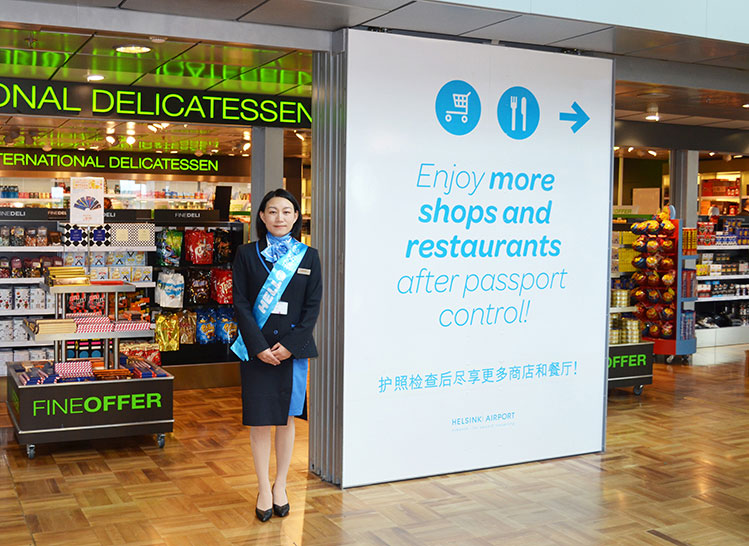 “Chinese travellers wish to buy Finnish products as souvenirs, but cannot tell which products are Finnish and are often unable to request assistance in English from the sales staff,” explains Zhouyan Li, one of the guides at the airport.

“Some 300,000 Chinese passed through Helsinki Airport last year, an increase of about 50% over the previous year,” says Jukka Isomäki. “For the first time ever, the Chinese eclipsed the Russians in number. For us, Chinese customers are an important group that we wish to serve to the best of our abilities. It has been great to see that the Chinese travellers have discovered our guide service. The commercial operators at the airport have also expressed their gratitude, as their sales have improved thanks to the Chinese travellers being helped by the service.”

Chinese travellers spend more money at the airport than any other nationality, and much of the guides’ work centres on commercial services. The guides can recommend souvenirs and gifts, assist with tax free matters, and know which credit cards and payment methods can be used at the airport.

“Chinese travellers wish to buy Finnish products as souvenirs, but cannot tell which products are Finnish and are often unable to request assistance in English from the sales staff,” explains Zhouyan Li, one of the guides at the airport. “Many questions are indeed about Finnish products and ideas for gifts. For travellers, the service in Chinese comes as a pleasant surprise.”

The Finnish Iittala brand has become very popular in China. According to Li, a popular Chinese actor brought her own Iittala tableware to one of the most watched TV series’ in China. “Finnish health products, like berry powders and fish oils, are also popular, as the Chinese appreciate the clean air and nature of Finland,” Li adds. 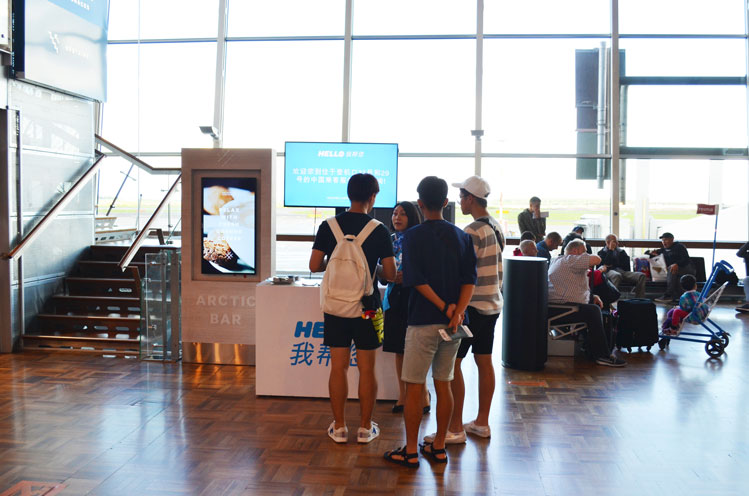 The personalised guide service was used by about 20,000 Chinese travellers in June and July. The service will continue until at least the end of 2016.

The service will continue at Helsinki Airport until the end of 2016, after which it will be reviewed. “Wishes for even more personal service have been expressed. If we continue the service, we might expand it to include Personal Shopping Assistant style service and also other languages,” Isomäki comments.

Finavia’s future growth is heavily oriented towards Asia and the number of Chinese travellers in particular is expected to grow rapidly. In early 2016, Finavia signed a cooperation agreement with Capital Airports Holding Company (CAH), China’s largest airport operator, with the aim of developing connections between the two countries.