What is the future of European regional aviation?

The regionals were born out of deregulation – they were the first airlines to take advantage of the new single market freedoms in Europe but, after huge growth, the advent of the low cost carriers changed the landscape and the regional airline market matured after 2000.”

Indeed ERA Director General, Simon McNamara, accepts that the low cost carriers eroded many of the significant gains made since a powerful combination of liberalisation, new regional jets, and franchise agreements with the majors revolutionised regional European aviation in the 1990s. But he now believes there are new, very positive market forces in the pipeline leading to a regional resurgence. “If there ever was a word which applied to regionals it was ‘niche’ and the regional airlines have found their new markets and niches where they are growing again.”

“Connecting Communities” – this is the “vital” role of regional carriers which McNamara says “includes anything from the Canaries to the north of Norway – the airlines working away here remain truly independent with strong regional brands.”

“Feeding the hubs” – the traditional role most notably performed by the major airlines’ subsidiaries – such as KLM Cityhopper – and later by their franchise carriers. Indeed McNamara says “there has been some re-emergence of the franchise model with Stobart Air flying for Aer Lingus and Flybe.” (Flybe is a recent returnee to ERA; most recently it also secured the Channel Islands’ Blue Island Airways as another franchisee).

Russian around: ERA member, Ireland’s CityJet, will receive delivery of its first four Superjets in 2016 and 11 more in 2017; it has options on an additional 10 aircraft.

Wet lease/ACMI (aircraft, complete crew, maintenance, and insurance) “70% of our membership now offer ACMI and, as major airlines have adopted ever-leaner fleet plans, ERA airlines are now increasingly relied upon to carry a significant amount of passengers in Europe.”

“My feeling is that many airports still underrate the role of the regional operator. But while an ERA airline may only want to put in one daily rotation with a 70-seater, the principles of hub and spoke simply do not work without the contribution of this regional feed – when this connectivity erodes long haul aircraft lose load factor and the major and regional airlines, and all airports, all lose out.” 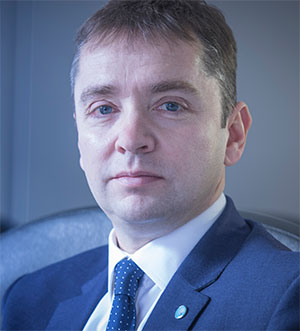 Simon McNamara, Director General, European Regions Airline Association: “The regionals were born out of deregulation – they were the first airlines to take advantage of the new single market freedoms in Europe but, after huge growth, the advent of the low cost carriers changed the landscape and the regional airline market matured after 2000.”

Even when feed is not the central question, McNamara also feels that regional routes often present higher value to airports on many levels: “Our members’ services have a very high average business travel content, often considerably exceeding 60%, and the services they start have an overall much greater longevity than many low cost routes which are often tried and axed within a very short window.”

Despite this, McNamara does not suggest discrimination is at play and he does not make a case for more airport regulation.

ERA has a nuanced view of the European Commission’s new Aviation Strategy published at the end of last year, asserting: “It lacks ambition.” However, McNamara does think the overall thrust of the new ‘strategy’ is good: “The fact that it was positive – that it recognised the vital contribution made by aviation to the GNP, and that it wasn’t just full of the traditional negatives about noise and pollution was all very welcome. But the weak element was that while it addressed the right subject headings, the strategy lacks concrete deliverables.”

McNamara gives two specific examples: “The Strategy recognises the importance of PSO services [public service obligation routes which are subsidised by states] but does not propose practical means of dealing with a problem – that they need to be implemented in a uniform way to ensure non-discriminatory award of PSO routes to any qualifying EEA airlines.”

More crucially, McNamara levels the charge: “The Strategy proposes nothing to solve the looming lack of airport capacity – the absence of a European plan for new runways could not be clearer than the European Commission’s complete absence of any ideas or participation in the debate over the new runway in the Southeast UK when this is clearly a connectivity issue of European-wide importance – quite frankly we expected more direction and leadership at the European level.”

Regional airlines have an extensive competitive choice of brand new aircraft equipment entering the market over the next two years and ERA’s McNamara believes that the abilities of the new airframes, combined with the immense price competition between suppliers “could stimulate a step change in European regional aviation.” The level of choice is certainly much wider than the ‘Airbus or Boeing’ selection available to major and low cost carriers:

Plymouth Airport, once a key connection and feeder to the London hubs, closed in 2011 leaving no substitute in place for the four-hour over-land journey. “This is connectivity lost forever – and it is happening across Europe – unless we expect people to all move to the biggest cities we should be aware of the economic damage to increasingly isolated communities.”