The project to expand Lyon-Saint Exupéry’s Terminal 1 is dynamic, innovative and firmly centred on the customer experience. The expansion will truly bring a new dimension to the airport, meeting the demands of increasing low-cost and full-service traffic. 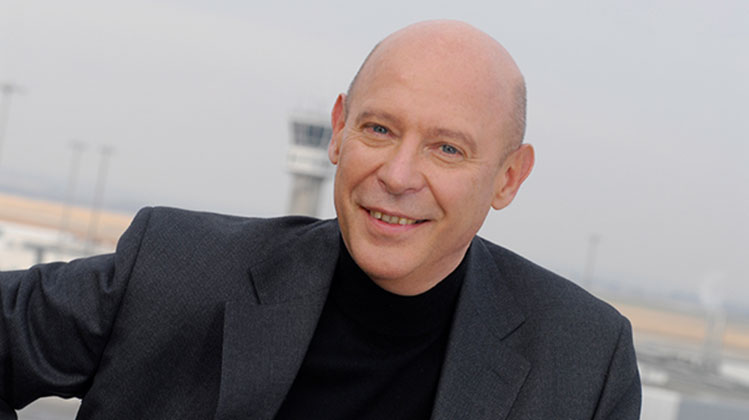 Philippe Bernand, CEO Aéroports de Lyon: “Phase A will be achieved by the end of 2016. We can then move the low-cost carrier check-in into Phase A, demolish those existing facilities, and finish the project with Phase B, which will be complete in November 2017.”

Over 30 airlines currently operate services to Lyon-Saint Exupéry. The airport handled around 8.5 million passengers in 2014 and traffic development is focused on two areas – the international segment, which represents 64% of total traffic, and the low-cost segment. The medium-term objective is to increase passenger traffic on medium-haul routes to Europe and the Mediterranean, as well as long-haul routes to China and North America.

Work on the 70,000sqm terminal extension began in December 2014 and will provide Terminal 1 with a total capacity of 10 million annual passengers. Double the surface area of the current terminals, this will mean Lyon-Saint Exupéry Airport can welcome 15 million passengers by 2020. Many local businesses, which are the fabric of the regional economy, are involved in the project. The airport has also undertaken analysis, which showed that its economic impact on the Rhône-Alpes region is €2.5 billion per year.

Philippe Bernand, CEO Aéroports de Lyon, explained that this major project meets four key objectives: Improving quality of service – “we need modern infrastructure to do that”; increasing competitiveness through operational efficiency – “if we are able to improve the competitiveness of ground services, then airlines will be more profitable and more keen to develop their businesses in Lyon”; develop non-aeronautical revenues – “we’re constrained by the current facilities and would like to build a shopping mall environment, which is a significant step for us”; and increasing capacity – “we need it for LCC traffic and traditional traffic, and we need new facilities for bigger aircraft”. 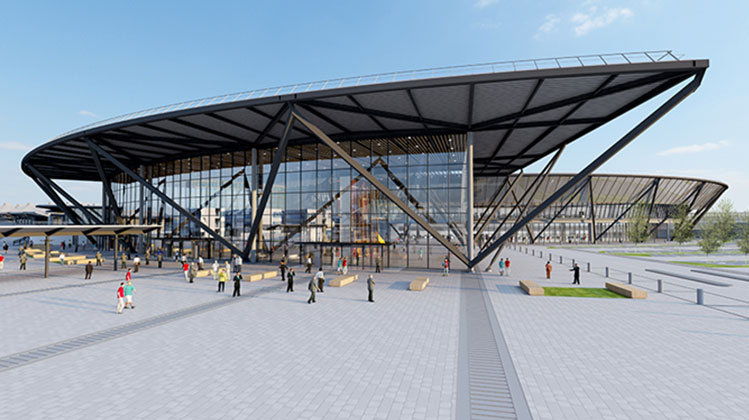 Work on the 70,000sqm terminal extension began in December 2014 and will provide Terminal 1 with a total capacity of 10 million annual passengers. Double the surface area of the current terminals, this will mean Lyon-Saint Exupéry Airport can welcome 15 million passengers by 2020.

The extension to Terminal 1 means it will eventually be connected, via an underground gallery, to the current Terminal 3 boarding satellite, which has been operational since November 2011. The existing metal-fabric section of Terminal 3 will be demolished in the summer of 2016. The outside areas on the ‘city side’ will incorporate a pedestrian esplanade and infrastructure required for all ground access points.

The entire project, including the terminal building, the exterior, aircraft parking and facilities, represents a total investment of €180 million, €140 million of which is to be spent on building work. The European Investment Bank is providing five years’ worth of funding for the programme with a total loan of €140 million. Bernand outlined that the building work will be split into two phases: the first phase, to be completed in November 2016, will consist of building the new terminal, and the second, scheduled for completion in November 2017, will involve connecting it to the existing Terminal 1.

The main challenge associated with a major development such as this is having a construction site at the heart of a busy international airport. The design-build contract utilised is a format that maximises efficiencies, and Bernand heralded the work undertaken by the large project team in advance of the build beginning. “It has been a collective work, very active and very efficient, and this is the only way to guarantee that the project will match our wishes,” he commented. 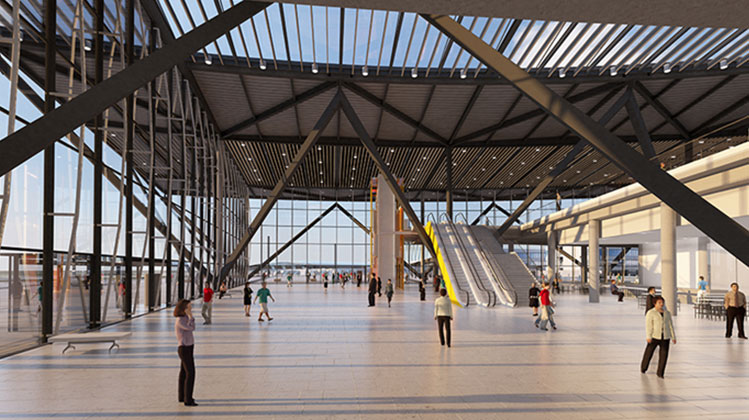 The entire project, including the terminal building, the exterior, aircraft parking and facilities, represents a total investment of €180 million, €140 million of which is to be spent on building work.

The new Terminal 1 will welcome the growing low-cost traffic at the airport, as well as traffic from traditional full-service carriers. Today, LCC traffic accounts for 25% of the total at Lyon-Saint Exupéry, and this proportion is expected to increase by 1% per year to reach 30% in the next five years, and then possibly 35% within 10 years. The airport is being developed with a great deal of flexibility to meet the needs of both the LCCs and full-service carriers.

The development of long-haul routes is another priority. Emirates launched a Dubai service in December 2012, which has proven to be a great success, and there are hopes for continued development with the airline. Bernand also stated a firm desire to reopen a direct link to the US, as well as enhance connections to Canada. There is currently a summer seasonal service to Montréal, and Aéroports de Lyon sees potential for year-round services to North America.

“And of course our eyes turn to China,” Bernand added. “Chinese tourists are very keen to come to Lyon and we have companies in Lyon cooperating with Chinese companies.”

China is a major Rhône-Alpes economic partner. 140 corporations from the region have offices in China, while 15 Chinese corporations are represented in Rhône-Alpes. This dynamism led Chinese authorities to open a General Consulate in Lyon.

“We also want to establish Lyon-Saint Exupéry as a connecting airport, and develop the opportunities for connections between short-haul and long-haul services by different airlines not in the same alliance.” 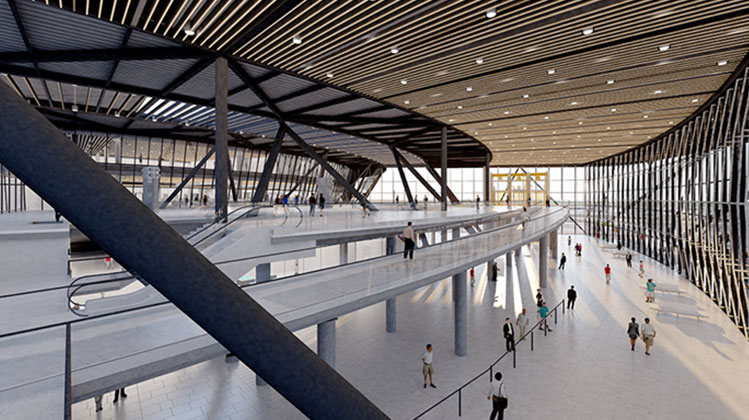 The new Terminal 1 will welcome the growing low-cost traffic at the airport, as well as traffic from traditional full-service carriers. Today, LCC traffic accounts for 25% of the total at Lyon-Saint Exupéry, and this proportion is expected to increase by 1% per year to reach 30% in the next five years.

Bernand enthused about the “enhanced, exciting retail offer” that travellers will experience in the new Terminal 1. “We have created a joint venture with Aelia and are working together to develop the best possible retail concept for the airport,” he explained.

Central to this is a new 1,340sqm walkthrough store, which will open towards the end of 2016. Importantly, the joint venture means that Aéroports de Lyon has a proactive role in all aspects of determining retail success, from development of the offer, to maximising turnover, to ensuring the efficiency of staff.

Overall, the expanded Terminal 1 will have 10,000sqm of retail space. “We’re really ready for innovation, and new solutions and offers,” Bernand said. “We work together with Aelia on what kind of retail offer will work best. We also survey our passengers to understand their buying behaviour and how we can develop their willingness to buy.”

Aéroports de Lyon is also embracing digital as a fantastic opportunity to develop connections with passengers, and help them prepare for their journey from home to aircraft. Bernand explained that digital technologies could be utilised to remove stress from the travel experience. “We have summarised this concept in our signature, which is ‘Connect & Fly’. Fly is our job and connect is our soul. We want to be connected with technology and people, and have a complement between digital technology and the quality of welcome by our staff.”

The airport’s communication channels are myriad. It is very active on social media through Facebook and Twitter, it has iPhone and Android apps, and has reinforced its links with frequent flyers by proposing special VIP services.

As the first and last impression of Lyon, Lyon-Saint Exupéry’s target is to create a willingness among travellers to return. “The best way to do that is to ensure that they will discover new things, and new services when they depart the airport,” Bernand concluded.