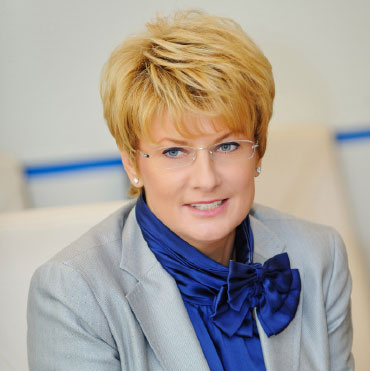 AB: Bilateral aviation regimes mean Transaero is frozen out of certain countries. If there was open skies-type liberalisation where would Transaero like to fly to, in Europe and North America?

Pleshakova: Over several years we have seen the developments in liberalisation of the bilateral relations. Although conditions are removed from the principles of open skies, in 2012 Transaero Airlines was appointed as the second designated carrier from the Russian side on routes from Moscow to Rome, Milan and Paris, as well as from St Petersburg to Rome and Milan. In 2013, we also got approval to operate Moscow-Antalya, -Istanbul, -Dubai, and St Petersburg-London, and -Dubai.

At the moment, it is more important for us to increase the flight frequency on the routes on which we have the right to operate. As for new destinations, we would be interested in serving the Moscow-Prague route and we have bid for second designated carrier status from the Russian side.

The bilateral agreements between Russia and the US are based on other principles: There are no restrictions on the number of designated carriers and, while there are frequency restrictions on certain routes, these agreements provide for a lot of opportunities.

AB: Should/could Transaero fly from more regional Russian cities to Europe where there is less regulation?

Pleshakova: I think that this question is mainly about demand for such services and we are seeing rising demand for direct air services from Russia’s regions to popular international resorts. This winter, Transaero will serve 49 routes from 17 Russian cities. But rather than bilateral regulation, a major factor affecting these services includes visa requirements: It’s obviously easier to go to a visa-free country than applying for a visa.

AB: In normal circumstances do you agree that real demand for international air travel to/from Russia is very much higher than supply? If so – how much more – could demand be as high as more than double on offer?

Pleshakova: I don’t agree. The aviation market is highly competitive. As soon as demand appears, an offer is formed for this or that route. Transaero’s fleet comprises of aircraft with capacity from 126 to 522 seats, allowing us the flexibility to adjust to the market requirements.

AB: Transaero domestic services grew almost 35% in the first nine months of 2014 (to 35.4 million passengers). What factors made domestic growth so strong?

Pleshakova: The growth of domestic traffic is the key development trend in our country which is being influenced by a number of factors including the development of underlying business activities, measures undertaken to encourage domestic travel, and national currency fluctuations. Transaero is striving to maximize these emerging opportunities and therefore our domestic traffic growth rate is the highest among the five largest Russian airlines. That is why we are launching 10 new domestic routes in the 2014/2015 winter season.

Sochi Airport underwent complete modernisation and redevelopment ahead of the Winter Olympics, setting the benchmark for Russian airports.

AB: So how much will Transaero’s international and domestic traffic grow in 2015?

AB: Are you satisfied with the pace of modernisation at Russian airports?

Pleshakova: We are delighted to see the modernisation of Russian airport infrastructure and this is producing actual, tangible results. The three major Moscow airports are developing particularly dynamically with terminal expansion as well as new runways planned. From this winter season Transaero Airlines fly from two Moscow airports – Domodedovo (which remains the traditional hub of the airline and will account for 60% of the airline’s passenger traffic via Moscow) and Vnukovo, where the new and spacious passenger terminal provides all the necessary conditions for the development of the premium travel segment.

The same can be said for St Petersburg’s Pulkovo Airport where a new modern passenger terminal was opened at the end of 2013. Meanwhile Sochi Airport, which served passengers during the Winter Olympics and the first Russian Grand Prix, has set a new benchmark. We hope that more airports in other Russian regions will also be modernised on similar principles within the Federal Programme as well as through Private-Public Partnerships (PPP) style relationships.”