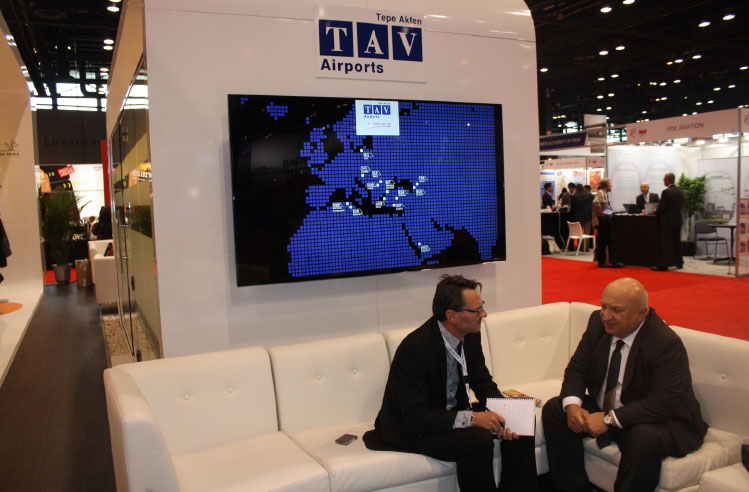 TAV Airports’ CEO Dr Sani Şener (right) tells Airport Business he is confident Malaysia Airports Holdings will waive its rights and allow TAV to buy Limak’s 40% shareholding in Istanbul’s Sabiha Gökçen International Airport: “They need a local partner and it’s our belief that they want us.” The move is vital for the future of TAV Airports which will lose the main Atatürk Airport concession when the new Istanbul Grand Airport opens in 2018.

However, in early September this ownership landscape was rocked when Limak agreed to sell its holding in SGIA to TAV Airports. The SGIA deal is subject to Malaysia Airports’ first right of refusal to buy the Limak shares, as well as approval by the Turkish competition authorities, although it is very hard to conceive how there would be less competition as a result of this change.

Dr Sani Şener subsequently told Airport Business he was confident the Malaysians would agree: “They need a local partner and it’s our belief that they want us.”

‘Our business is very resilient!’

Assuming the deal does indeed go through it is a vital turnaround for TAV which faced the prospect of exclusion from the Istanbul market where Dr Şener says “there is really huge growth – traffic may plunge after external shocks – since 2000 we’ve had 9/11, war in Iraq, the Arab Spring, and now we have the Syrian war and IS – but in all this time Turkey’s airports have grown from 33 million in 2000 to 150 million today – an 11.2% compound growth rate – our business is very resilient!”

Dr Şener says he hopes that TAV’s experience in operating the highly congested Atatürk will be one of the key benefits it will be able to bring to SGIA (where under the terms of the shareholding agreement the 40% shareholding will apparently give it “equal control rights”).

“We believe we can create big improvements in airside capacity, which will combine very well with the advent of the second runway opening in 2017 including introducing principles such as Collaborative Decision Making. With SGIA’s proximity to the city, especially with the metro extension which goes out to tender soon, our vision for SGIA is that we have many big advantages,” says Dr Şener.

The planned deal ends speculation that Atatürk will remain open after IGA begins operation in 2017 – the TAV concession to operate the airport does not expire until 2021, meaning TAV Airports will have to be compensated for early termination. Despite some airlines (including Pegasus) saying that they would prefer Istanbul to be served by more than two airports – London is served by up to six – market pressures on the redevelopment of Atatürk for non-aviation uses are immense, with land values reported to be up to $3,000 per square metre, valuing the undeveloped site at some $30 billion.