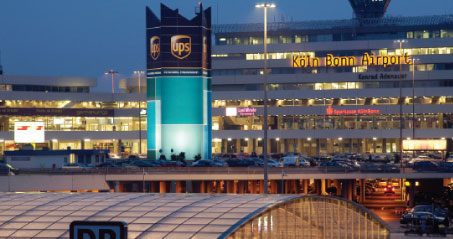 In April, the North Rhine-Westphalia State Government introduced a night flight ban for passenger aircraft at Cologne Bonn Airport from midnight until 05:00.

Environmental sustainability is central to the development of Frankfurt Airport, which opened its new Runway Northwest last October. The airport was the very first to be Airport Carbon Accredited in September 2009. It subsequently progressed from the ‘Mapping’ level to ‘Reduction’ and in February 2012 it achieved level 3 – ‘Optimisation’ – for the first time. Pioneering noise abatement measures are intrinsic to Frankfurt Airport’s sustainability strategy. “As a result of the airport’s expansion, many residents are now additionally and/or more affected by the impact of air traffic – particularly those residents living in the approach flight corridor of the new landing runway. For many, this is a difficult situation and we take their concerns very seriously. Thus, it is our duty to implement as a matter of urgency all ‘active’ and ‘passive’ noise abatement measures agreed upon in the new Alliance for Noise Protection 2012,” explained Dr Stefan Schulte, Chairman of the Executive Board, Fraport AG.

Frankfurt Airport’s noise abatement measures include a segmented RNAV (GPS) approach procedure, which bypasses densely populated areas by relocating approach paths and using Continuous Descent Approaches (CDAs). However, despite the airport’s noise management measures, last October, the Supreme Court of the State of Hesse imposed a ban on night flights at Frankfurt Airport between 23:00 and 05:00 – a decision upheld by the Federal Administrative Court in Leipzig in April. It is a decision that risks affecting the airport’s international competitiveness, particularly given the importance of its overnight cargo operations.

Similarly, in April, the North Rhine-Westphalia State Government introduced a night flight ban for passenger aircraft at Cologne-Bonn Airport from midnight until 05:00. The airport strongly opposes this, citing severe consequences for active companies and their employees. “Our estimates suggest a loss of more than one million passengers and 1,700 jobs. Therefore, we cannot accept demands from the political arena for a ban on night flights. This would greatly damage North Rhine-Westphalia as an air traffic location,” explained Michael Garvens, Chairman of the Management Board of Cologne-Bonn Airport.

The airport has appealed to the Federal Minister of Transport not to endorse the night flight ban. It is hoped that the appeal will be positively impacted by the recent confirmation from the High Court of Administration in Münster that extension of Cologne-Bonn Airport’s current night flight regulation, which allows passenger flights at night, until 2030 is legal. 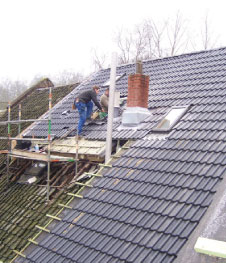 Liège Airport is committed to minimising the noise impact of its operations. The Walloon Region has defined four noise zones to help objectively assess the impact of noise on local residents. 3,882 homes were soundproofed in 2011.

It is worth noting that any competent authority, local authority or Court should be fully compliant with ICAO’s Balanced Approach on noise, when it adopts an operating restriction. According to this international framework, the noise benefits and the costs of fleet renewal, land-use planning and noise abatement procedures should be assessed, before an operating restriction is considered. This procedure leaves no room for arbitrary decisions and provides all stakeholders with long-term planning security.

At Cologne-Bonn, the airport company continues its stringent efforts to keep noise pollution as low as possible. One of its central tasks is to find a fair balance between economic interests and the protection of local residents. €85 million has been invested in a voluntary programme for passive noise protection, which the airport has been providing for its neighbours for more than 20 years. It is an important component of Cologne Bonn Airport’s extensive noise protection efforts, as is Continuous Descent Approach (CDA), which was introduced three years ago. This approach procedure reduces noise levels around the airport and is compulsory for night flights. Every five years, the airport must demonstrate that noise levels have been reduced; this is a strict requirement of the current regulation allowing passenger flights at night. To date, it has always satisfied this condition.

Liège Airport is similarly committed to minimising the noise impact of its operations. The Walloon Region has defined four noise zones to help objectively assess the impact of noise on local residents. It was decided to make Zone A, that closest to the airport, non-residential. Meanwhile, for Zones B, C and D, solutions include soundproofing or homes being purchased by the government. Figures for 2011 show that 1,394 buildings were acquired, 455 were demolished and 3,882 were soundproofed – a programme in which the airport is committed to investing €250 million.

These are not isolated cases. European airports of all sizes – from London-Heathrow and its peers to small regional airports – all recognise that noise is a sensitive local issue, which must be taken seriously, as part of their policy of being a good neighbour, not just in economic terms, but in social terms too. A broad range of different comprehensive noise management strategies are being implemented at various airports as a key part of their overall sustainability efforts.