Rutten of the Schiphol Group becomes President of ACI EUROPE 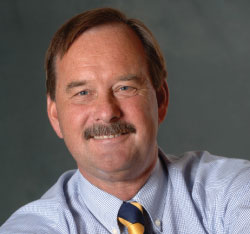 At the Annual Assembly of ACI EUROPE, Mr Ad Rutten, COO of the Schiphol Group, was elected President of the organisation. He succeeds Dr Yiannis Paraschis, CEO of Athens International Airport, who served two terms as President.

After two terms as President, Dr Yiannis Paraschis, CEO of Athens International Airport has stepped down from the role.

At the Annual Assembly of ACI EUROPE, Mr Ad Rutten, COO of the Schiphol Group, was elected to lead the organisation as President.

Rutten said: “I am delighted to take up the role of President of ACI EUROPE – these are critical times for the European airport industry, with an increasing array of challenges. From the immediate and brutal impact of the crisis, to ever-increasing environmental concerns, from the long-term alarm bell of the airport capacity crunch to the constant burden of the aviation security regime. Building on the progress of the last few years, I look forward to ensuring that the voice of European airports is heard loud and clear by the new European Parliament and the new European Commission taking office later this year.”

Rutten is Executive Vice-President and Chief Operations Officer (COO) of the Schiphol Group, a position he has held since 2005. Beginning his career in the Royal Netherlands Navy, Rutten began working for Amsterdam Airport Schiphol in 1979, where he worked in various different positions until 1996, when he was appointed General Manager of Hays Logistics Benelux (1996-1999).

Immediately prior to his current position at the Schiphol Group, Mr Rutten held Executive Vice-President positions at KLM Engineering and Maintenance (2003-2005) and KLM Ground Services (1999-2003). He holds a Masters degree in Dutch Law from the University of Amsterdam.