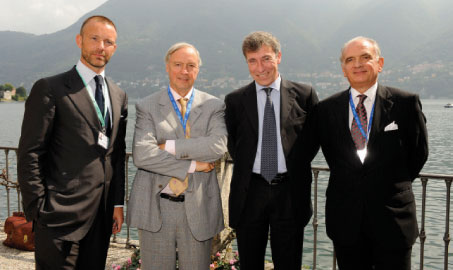 In early September every year since 1975, the European House-Ambrosetti organises the forum entitled “INTELLIGENCE ON THE WORLD, EUROPE AND ITALY”, at Villa d’Este in Cernobbio (Lake Como), which has come to be acknowledged as one of the most important annual meetings worldwide.

Heads of state, top representatives of European institutions, cabinet ministers, Nobel laureates, businessmen, managers and experts from around the world come together to discuss current issues of great importance for the world economy and society as a whole. Among this year’s notable attendees were US Vice-President Dick Cheney, European Commission President Jose-Manuel Barroso and the Managing Director of IMF, Rodrigo de Rato.

The Forum Ambrosetti presents forecasts of the economic and geo-political outlooks for the world, Europe and Italy, and analyses the main scientific and technological developments and their impacts on the future of public and private institutions, business and society in general. This year’s special presentation on the European air transport industry, announced the results of the Ambrosetti study on ‘the future of the air transport system: a key challenge for Europe and Italy’ with a specific focus on airports.

While financial instability, the increase in oil price and world economic downturn are the key issues that will affect aviation growth in the short-medium term, the study recognises that the air transport system has always reacted rapidly to external shocks. It forecasts that aviation will continue growing in the long-term, even if it is at a lower rate. 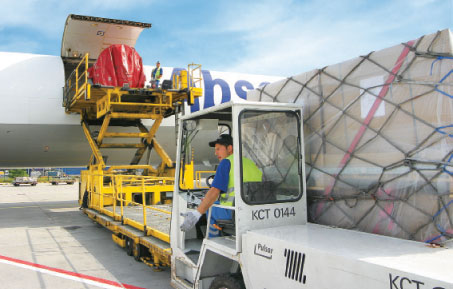 The air transport system is an essential pillar for European economic growth and employment. The air transport industry generates a total of 32 million jobs globally, while the total value of goods transported by air represents 35% of all international trade.

As a result of the study seven proposals have been formulated, for the competitiveness and efficiency of air transport, of which three are for Europe and four for Italy.

A clear and common vision for air transport in Europe must be promoted, which reconciles air traffic growth with ambitious environmental goals. Unless the current capacity of European airports is increased, it is estimated that by 2025 more than 60 will be heavily congested. Coupled with this is the need to accelerate the SES implementation process. The key goals here are to increase safety, effectively address the capacity crunch by aligning ATM and airport capacity, and restrict the environmental impact of air transportation by promoting integration between different modes of transport. If these goals are not achieved, the missed opportunity for growth of the European economy is estimated at €200 billion of added value and almost 900,000 jobs. 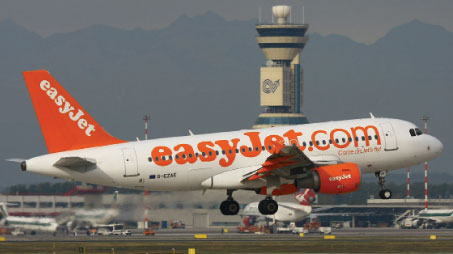 Proposals for the Italian air transport system include the drafting of a strategic plan towards a competitive and efficient system, which would align it with European best practice. Added value to the country’s economy is estimated at between €2.6 billion and €5 billion.

The study also proposes extension of the Open Skies process to a global level. The expected impact would be 115 million extra passengers on intercontinental routes by 2030, €75 billion in terms of added value for the European economy and 345,000 new jobs.

Proposals for the Italian air transport system include the drafting of a strategic plan towards a competitive and efficient system, which would align it with European best practice. Added value to the country’s economy is estimated at between €2.6 billion and €5 billion. Italy must also, according to the study, redesign the reference frameworks for bilateral agreements and maximise the potential of EXPO 2015. Six million passengers are expected to arrive in the Milan area during EXPO 2015, with the creation of 18,000 jobs and €3.4 billion in added value for the area in economic terms.