LFV – real action on the environment 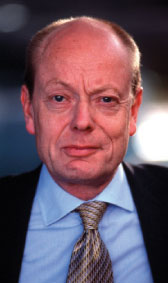 Olle Sundin, Managing Director of Regional Airports at LFV: “4,000 green approaches have already been made at Stockholm Arlanda. The initiative has been successful – we are planning to implement it at some of our other airports.”

In common with a handful of other EU countries, Swedish society is very informed on environmental practises and consequently expects exemplary environmental management from all sectors of industry and services. Aside from its wide and impressively varied range of environmental activities at its airports, the LFV group is obliged to report to the Swedish government on progress in several areas including: the reduction of carbon emissions from its activities, actions to reduce noise impact and reduction of the negative effects of rain water and regular reports on the proportion of passengers using public transport to get to their airports. LFV Group’s Climate Neutral status means that all greenhouse gas emissions generated in a selected range of business activities – a total of 45,000 tonnes – are offset by investments in emission reduction projects. LFV has a clear focus on reducing carbon dioxide emissions, investing in projects including the use of biofuel to replace oil, the purchase of green electricity, and the use of clean vehicles such as biogas-powered buses. The Group has used only green electricity since 2004, which has provided significant emission reductions, equivalent to 13,000 tonnes of carbon dioxide per year. Three biogas buses are used at Stockholm Arlanda, while it was also recently announced that Flygbussarna Airport Coaches, which provides bus services to seven airports in the Stockholm, Gothenburg and Malmö regions, is adapting all of its buses to run on pure biofuel (Swedish-grown organic rapeseed). 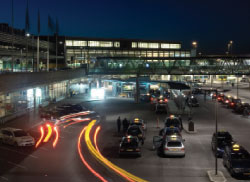 LFV has been very successful in reducing carbon dioxide emissions. Between 2003 and 2005, they were reduced by 57% from 35,000 tonnes to 15,000 tonnes. The target is that between 2008 and 2011 emissions will decrease by an average of 4% per year compared with emissions two years earlier.

Stenberg said: “We compensate for the remaining emissions through CDM (Clean Development Mechanism) certificates, which finance emission reduction projects in developing countries. The projects also contribute to social and economic development. Emission reduction can be calculated based on LFV Group’s own emissions of carbon dioxide.”

In 2006, LFV Group purchased certificates for emissions equivalent to 15,000 tonnes of carbon dioxide, which is equal to its 2005 emissions. The price was €12 per tonne of carbon dioxide. LFV has invested in three projects: tree planting in Costa Rica, wind power in China and biofuel-based heat production in South Africa.

“We are at the forefront of environmental initiatives. We could be an example to other airports. There has been an ongoing environmental debate in Sweden – that is why we are so proactive,” said Sundin. “Commitment at management level is very important. You can’t just have a strategy on paper – you have to achieve it with real action.”

What was previously a trial project involving SAS Scandinavian Airlines, Falcon Air and Blue 1 has now been approved, meaning all airlines can use green approaches when landing at the airport during off-peak traffic. The number of green approaches is now expected to increase from 10 to 30 per day and the target is that by 2012, eight out of 10 approaches to Stockholm Arlanda are green.

These approaches are designed to avoid population centres to the greatest possible extent. Aircraft flying towards the airport are kept at an altitude of at least 3,000m, enabling a continuous descent approach. The successful trials showed reductions in noise over neighbouring communities, as well as fuel consumption and quantities of carbon dioxide and nitrogen oxide emissions. The green approaches are in line with environmental targets for the period 2008-2011, one of which is to reduce the number of people affected by noise through methods such as noise mapping and improved flight routes and procedures.

“The green approaches project is a collaborative effort involving airlines, airports, the ANS (Air Navigation Services) Division of LFV and industrial companies. During a three-year period, green approaches will also be introduced at Göteborg Landvetter airport and at Umeå and Malmö airports,” said Sundin. 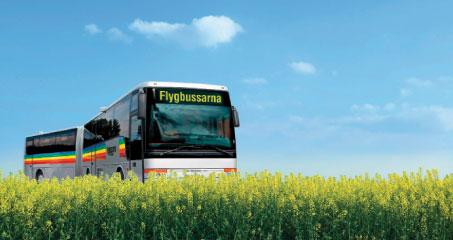 Three biogas buses are used at Stockholm Arlanda, while it was also recently announced that Flygbussarna Airport Coaches, which provides bus services to seven airports in the Stockholm, Gothenburg and Malmö regions, is adapting all of its buses to run on pure biofuel.

Other environmental initiatives include an ongoing recycling programme. Stockholm Arlanda, for example, recycles 98% of waste. The airport generated around 5,700 tonnes of household and industrial waste in 2007, of which 5,600 tonnes were sent for material recycling or energy production. “We have had an ongoing recycling effort for many years. Each year we try to increase our goals,” said Sundin.

Stenberg explained that the first priority is to reduce the amount of waste by minimising the materials used. “Secondly, we reuse products within the company; the third option is to recycle materials such as paper, glass and metal; the fourth option is to use waste materials for energy production. It is all about minimising the use of materials. We now have an ongoing energy saving programme,” she said.

Two pellet burning boilers were installed at Malmö Airport towards the end of 2007 to replace the oil boilers. The move has reduced carbon dioxide emissions from the airport’s heating from 3,500 tonnes per year to 500 tonnes per year. It has, explained Stenberg, resulted in more efficient heating and ventilation systems. “It has been very successful. Carbon dioxide emissions have been reduced by 90%,” she said.

LFV is also considering implementing rain water plants at some of its airports. To ensure water quality, it is developing a computer programme to measure the effects of rain water at the airport on streams, as well as ground water.

“We are monitoring all chemicals used on the taxiways and mapping the rain water to see its effect and if there is any way we can change that effect,” said Stenberg. “This is part of our proactive environmental work; LFV is active and tries to be a model for airports internationally.” 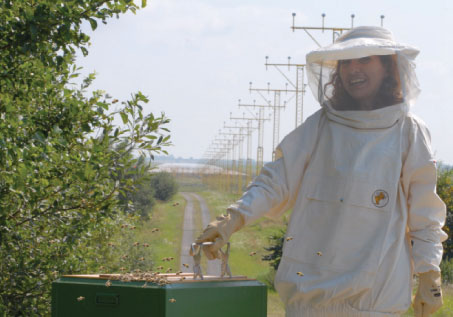 Malmö Airport has started a project with bees to test the air quality around the airport. Kim Stenberg, Environmental Manager, LFV: “Bees can be used as an environmental indicator. They are good indicators of chemical pollutions for two reasons: they have a high mortality when in contact with pesticides and their bodies store the pollution, which can be measured in a lab.”