Editorial: How Green is my Airport? 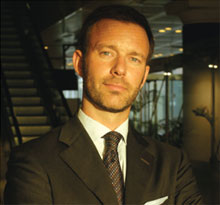 As always, June is an important month for ACI EUROPE, with European airports, their business and industry partners, policy makers and regulators gathering together for our Annual General Assembly, Congress and Exhibition, which this time around takes place in Paris. This year’s Congress is about addressing the many challenges faced by the 21st century airport, and it is no surprise that the environment and in particular, climate change will be one of the key issues for discussion.

Environmental responsibility has gone from being a footnote in contemporary corporate culture to becoming a fully fledged societal need – where your personal carbon footprint is now a regular topic in the mainstream media and where the EU institutions are committing to ambitious policies and international leadership. As is unfortunately often the case, aviation is at risk of being singled out, proving once again that the road to the normalisation of our industry is neither easy nor obvious.

In spite of accounting for a much lower percentage of greenhouse gas emissions than cars and trucks, aviation continues to be selected for harsh treatment not only by some environmental groups and the media but also, to a certain extent, by politicians and regulators. We are indeed paying a high price for our visibility and our growth patterns, but also for our past failure to communicate effectively as one industry on our track record, commitments and vision for fully sustainable aviation.

The recent second reading vote of the Environment Committee of the European Parliament on the proposal to include aviation in the EU Emissions Trading Scheme (ETS) is all about that. It is about inflicting punitive measures on aviation without any serious impact assessment. It is about exposing our industry to extremely high regulatory risk without even considering the record increases in oil prices and the economic slowdown of the major world economies.

Although airports operations account for only up to 5% of aviation’s total emissions and although airports are not trading entities under the proposed inclusion of aviation in the EU ETS, they are anything but immune to the climate change debate. Despite their strenuous efforts to earn their licence to grow by developing programmes for noise mitigation, balancing bio-diversity and improving local air and water quality, airports are all too frequently the battlegrounds in which this debate is fought. Anti-aviation protests usually take place at airports rather than at airlines headquarters or aircraft manufacturers’ plants. Thus, airports know full well that earning this licence will be even more difficult if they do not rise to the challenge of collectively addressing the growing impact of aviation on climate change.
This is why ACI EUROPE has, from the start, supported the inclusion of aviation in the EU ETS based on conditions ensuring environmental credibility and economic effectiveness. This is also why ACI EUROPE is fully committing to the greening of airports as we are in the process of developing a European wide scheme allowing them to follow a common framework for the measurement, reporting and reduction of carbon emissions with the possibility of becoming carbon neutral.

Environment is also the emphasis of this issue of Airport Business. Our lead interview with Pierre Graff, Chairman and CEO of Aéroports de Paris, goes into some detail about the latest actions and commitments at Charles de Gaulle and Orly airports. We report on the success of the ATAG Aviation & Environment Summit which took place last April in Geneva and also give a voice to FlyingMatters, the independent pro-aviation lobbying group in the UK. Finally, our first Airport Enviro Focus – a common feature for all future issues of this magazine, looks at the LFV Group in Sweden, which is one of the most environmentally dynamic airport groups in Europe – having already achieved carbon neutrality for all their airport operations since 2005.