The decision means that individual airlines will continue to set limits on the size, shape and number of cabin bags allowed, in line with their commercial policy. EU Member States retain the right to impose stricter limits where required.

The cabin baggage restrictions under consideration by the Commission were initially proposed in October 2006 and were to have come into effect in May 2007. However, at Commissioner Barrot’s request, introduction was delayed to allow in-depth analysis into the effectiveness of the planned legislation. ACI EUROPE worked tirelessly on the issue, establishing a joint working group with the Association of European Airlines (AEA) – the European Strategic Partnership for Aviation Security (ESPAS). ESPAS collaborated closely with the European Commission in its efforts to study the potential impacts of limiting the size of cabin baggage. 15 European airports, 12 of them located in EU Member States, participated in its study on cabin baggage size. Approximately 25,000 items of carry-on baggage were tracked on their way through the security screening process.

Philipp Kriegbaum, senior security coordinator, Frankfurt Airport and vice chairman of the ACI EUROPE Security Committee, said: “We warmly welcome the European Commission’s decision. I was managing the joint programme with ACI EUROPE airports to prove that the size of cabin baggage has no effect on security screeners at the airport. We conducted tests at the airports and presented the results to the European Commission, which they analysed in coming to their decision.”

The ESPAS study clearly demonstrated that limiting the size of cabin baggage would offer no tangible security benefits; it confirmed that it is not more difficult for screeners to X-ray a large bag than a small one. Olivier Jankovec, Director General, ACI EUROPE, said: “In addition, the proposed measures would have heavily impacted upon airport operations, resulting in significant inconvenience for passengers. We are very pleased with this pragmatic response from the European Commission – good sense has reined. Security remains European airports’ number one priority and we continue to invest heavily – it now counts for up to 35% of European airports’ operating costs, compared with up to 8%, pre-9/11.” 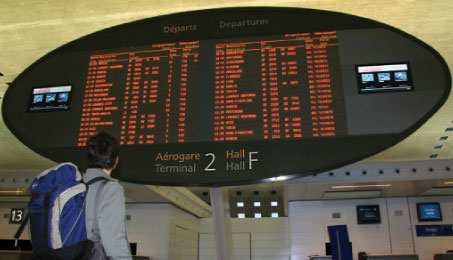 ACI EUROPE Policy Manager for Security Vlad Olteanu: “The cancellation of the cabin baggage size restriction is an important achievement for European airports. The new legal framework will ensure coherence while allowing full security and facilitation benefits for passengers.”

Kriegbaum also outlined other issues currently on the Security Committee agenda. “A big focus in our scope of work is the fact that we are promoting the use of risk assessment in the implementation of security measures. We are also promoting passenger differentiation. We as airports want to find arguments that there could be benefits to passenger differentiation through methods such as behavioural analysis. Further work is needed on this. I am also involved in the process for the new EU Regulatory Framework for Aviation Security that will be worked on for the next 22 months,” he said.

ACI EUROPE Policy Manager for Security Vlad Olteanu said: “The cancellation of the cabin baggage size restriction is an important achievement for European airports. The new legal framework will ensure coherence while allowing full security and facilitation benefits for passengers. We are looking forward to achieving similarly good results on the next challenges, be they the application of new rules on liquids and gels or the creation and enforcement of the legislative package of the newly published framework regulation 300/2008.”