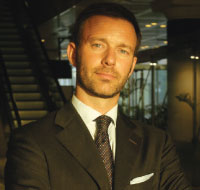 The never-ending escalation of fuel costs and the consequences of the global credit crunch have already taken their toll on aviation. Although Europe appears to be in a better position compared to the US, the near future definitely looks grimmer. The decision of Ryanair to ground 20 of its aircraft for this year’s winter season is quite revealing, not least because it will directly impact upon several European airports and their communities.

Arguably, the economics of aviation have always been cyclical by nature, due in large part to its exposure to external shocks. Yet, despite the downturns, aviation has always been a growth industry and industry traffic forecasts tend to systematically underestimate the actual number of passengers and cargo passing through airports to take the skies. This reflects the fact that mobility is fundamental to modern societies and that in the vast majority of cases, there is simply no alternative to flying.

European airports are in a difficult position when it comes to coping with growth and providing capacity in time to meet demand. Decision-making at local/national level is generally difficult with extremely lengthy and costly planning procedures. To make matters worst, economic regulation of airports can easily become a clear hurdle to the financing and development of new infrastructure. Against this background, the conclusions of the 2004 EUROCONTROL/ECAC “Challenges to Growth” report are crystal clear: Europe is facing an airport capacity crunch by 2025 and optimising existing infrastructure will not be enough.

In the February/March 2007 issue of this magazine I had already raised this issue and, over the last 18 months, ACI EUROPE has repeatedly denounced the lack of an integrated approach at EU level between capacity in the air and capacity on the ground. Indeed, policy efforts have exclusively focused on creating more capacity in the sky through the Single European Sky project and SESAR while airport capacity has been getting very little attention.

However, our efforts are starting to yield results.

ACI EUROPE has now gained support from key industry stakeholders. The Association of European Airlines (AEA) and the European Regional Airline Association (ERA) have both joined us in urging the EU to effectively address the airport capacity crunch. Acting in a constructive way, ACI EUROPE has made some concrete proposals to the European Commission, proposals which are now emerging as an integral part of the EU transport policy. In particular, the European Commission is about to create an EU Observatory on airport capacity – to date, there is no monitoring of the airport capacity in the European aviation network! – and it should also advocate a total system approach for aviation infrastructure capacity with the forthcoming adoption of the second regulatory package for the Single European Sky (SES 2).

As part of this strategy, ACI EUROPE is also forging closer links with EUROCONTROL. We have actively contributed to the update of the 2004 “Challenges to Growth” report and have recently appointed a Senior Adviser to liaise with the organisation. Last but not least, we are looking at playing an active role in its initiatives developed to promote better use of existing capacity both in the air and on the ground, like Collaborative Decision Making (CDM).

All this is taking place at the time when EUROCONTROL is going through significant changes under the leadership of a new Director General, David McMillan, who is the subject of our lead interview in this issue.