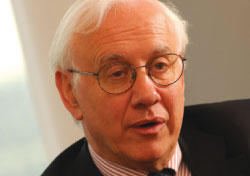 Paolo Costa, Transport Committee Chairman and aviation security rapporteur: “The necessity of new security measures that are implemented quickly and effectively is undoubted. I am glad that we found an agreement which will increase security and balance anti-terrorism measures and passengers’ rights.”

The draft Regulation sets common rules and basic standards on aviation security and mechanisms for monitoring compliance. According to the legislative procedure, the European Parliament is expected to approve the new text in its March plenary session. The regulation aims to enhance security by clarifying, simplifying and further harmonising the existing rules.

Paolo Costa, Transport Committee Chairman and aviation security rapporteur, said: “The necessity of new security measures that are implemented quickly and effectively is undoubted. I am glad that we found an agreement which will increase security and balance anti-terrorism measures and passengers’ rights.”

Regulation 2320/2002 on common rules in the field of aviation security was swiftly adopted in response to perceived threats following 9/11 and has been in force since January 2003. While fulfilling its task of protecting airlines, airports and passengers, technology has moved on and threats are now better understood.

Olivier Jankovec, ACI EUROPE Director General, said: “Security remains a top priority and challenge for airports across Europe. The last years have brought us to a critical point with increasingly complex measures threatening our ability to offer high quality services to our passengers. The agreement reached, therefore, is welcome news showing a greater sense of responsibility from all of the institutions involved. It will allow more flexibility and increased efficiency as the regulatory framework will reflect technological developments and reduce costly unnecessary duplications.”

Significantly, the establishment of the principle of ‘one-stop security’ means transit passengers arriving from non-EU countries that have security regimes recognised as equivalent to European standards, may no longer have to be re-screened. EU agreements with third countries to establish this equivalence are encouraged by the Regulation.

Who should pay for aviation security? 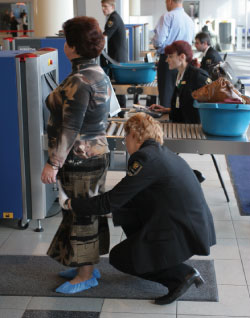 Establishment of the principle of ‘one-stop security’ means transit passengers arriving from non-EU countries that have security regimes recognised as equivalent to European standards, may no longer have to be re-screened.

ACI EUROPE and the Association of European Airlines (AEA) have collaborated extensively on this issue. Both Jankovec and AEA Secretary General Ulrich Schulte-Strathaus have welcomed the formal integration of a stakeholder consultation process into the security rulemaking framework, reflecting the collaborative work done by the two organisations.

However, some outstanding issues remain; notably that of who should pay for aviation security, given that society at large is being targeted. It should be noted that for many European airports, security alone now represents up to 35% of their operating costs.

At the conciliation stage, both the European Parliament and Council of the European Union agreed that “each Member State may determine in which circumstances and to what extent the costs of security measures should be borne by the State, the airport entities, air carriers, other responsible agencies, or users. Member States may contribute with users to the costs of more stringent security measures”. In addition, moves towards the improved transparency of security charges will be taken into consideration by a report which the Commission will issue at the end of 2008.

Costa stressed that because modern-day transport security is a response both to a “private (passenger) fear” and to a “public concern”, it is virtually impossible not to burden the passenger. However, at the same time, “it would have been unfair to keep governments away from any financial responsibility in the matter and to burden all citizens without any distinction between users and non-users”.

Although the new regulatory framework will enter into force 20 days after its publication, the revision of its 15 implementing rules will be applied within a two-year period. These rules will include specifications for national quality control programmes and security measures required by third countries, as well as Commission inspections.