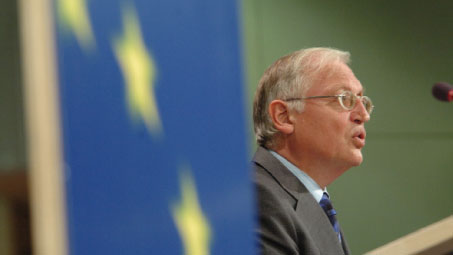 European Commission Vice-President Günter Verheugen, responsible for enterprise and industry policy: “The launch of the European Security Research and Innovation Forum will lead to coherent security research programming and funding between European and national public authorities and the private sector.”

The European Union responded to the need for more security research with two seven-year Framework Programmes, with total funding of more than €2 billion over the 2007-2013 period; these are FP7 and the EU Framework Programme on ‘Security and Safeguarding Liberties’. ESRIF goes beyond the FP7 research towards meeting long-term security research and technological development needs throughout the EU, to be covered by national, EU and private investments.

European Commission Vice-President Günter Verheugen, responsible for enterprise and industry policy, said: “One of Europe’s main objectives is to preserve its values of an open society and civil liberties, whilst addressing the increased security threat. Europe must also secure its competitiveness and economy against an increased threat. Today, to guarantee security without the support of technology is almost impossible. The launch of the European Security Research and Innovation Forum will lead to coherent security research programming and funding between European and national public authorities and the private sector.”

ESRIF was set up and is supported by the EU Member States and the European Commission. It is informal, voluntary, consultative and co-owned by the stakeholders. While its recommendations are not binding, it is expected that, being the only available European research and innovation strategy in this domain (established on such a broad basis), they will be the central guidelines for future security research programming at European and also at national level. ESRIF members represent three different stakeholder groups that cover the ‘demand side’ – those that will use and apply the achievements of security research results: knowledge, technologies and products; the ‘supply side’ – those that perform security research and turn its outcome into technologies and products; and ‘civil society’ – representatives of the citizens, often non-governmental organisations or special think tanks, that are affected by both potential security incidents as well as the efforts to ensure their security.

Aviation security high on the agenda 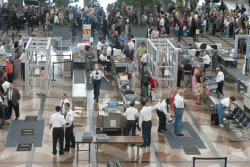 The European Security Research and Innovation Forum (ESRIF) was established in September 2007. Its main objective is to develop a mid and long-term strategy for civil security research and innovation, through public-private dialogue, by 2009.

The plenary board has 63 members, each nominated by their Member States. Since ESRIF was launched on 11 September 2007, a process of establishing a series of Working Groups has been underway; there are more than 500 contributors altogether, who are nominated and invited by ESRIF members.

Working Group 2 focuses on the security of critical infrastructure – it has four sub-groups, one of which is transport. ACI EUROPE has actively lobbied in this regard. The Group, which includes 110 members, is chaired by Eleanor Travers, Aviation Security Manager at DAA (Dublin Airport Authority), who is also a Member of the ESRIF Board and the Security Policy Committee of ACI EUROPE. She said: “We are developing a working plan for each of the streams – identifying areas of priority. The first critical element for ESRIF is defining a series of milestones and developing a programme around them. A working schedule will be put together over the next 18 months.”

A mid-term report is due in July 2008. This will include detailed work plans and a report on work carried out to date. The policy areas covered will also be reviewed. The final report will be published in December 2009.

Travers said: “My role is as ACI EUROPE’s link into the Forum, to make sure our message is heard. We are at the front line of the balancing act between restricting people and facilitating people. We have to be there at the table and influencing the agenda. Aviation security is certainly on that agenda – it is key.”

She explained that there are areas, such as ESPAS (European Strategic Partnership for Aviation Security) and access control, where aviation could benefit from cross-sectoral input, but that these elements remain to be seen.

Travers said: “There’s been a hugely positive response. It is up to the industry to take this and run with it. Member States and the European Commission clearly see the benefit of it. I’m very hopeful that all, or certainly most, of the recommendations of the final report will be implemented.” 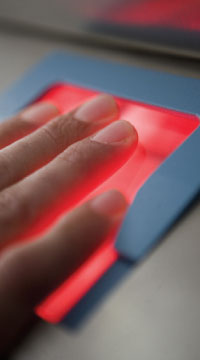 ESRIF goes beyond the FP7 research towards meeting long-term security research and technological development needs throughout the EU, to be covered by national, EU and private investments. “Today, to guarantee security without the support of technology is almost impossible,” said Verheugen.

The next Call for Proposals of the Security Theme of FP7 will be published in July 2008, with a likely closing date in November. It is not limited to the transport domain but will be relevant for various application areas of security policies. The Call text, which is part of the Work Programme 2008, has yet to be proposed by the Commission and accepted by Member States; this will take place in the next few months.

Marco Malacarne, Head of Unit – Security Research and Development, DG ENTR, said: “In general, as already outlined in the previous Work Programme (2007), the active involvement of end users in consortia is considered of utmost importance, and is explicitly mentioned as one of the main expected impacts of proposed actions. Moreover, a network of National Contact Points (NCPs), and in particular, networks of security research stakeholders including both the supply and the user side, are seen as instrumental in promoting the dissemination of security research to its end users, national public authorities and citizens alike. Suitable Coordination and Support Actions to achieve this could also receive funding.”

The European Commission, and in particular the relevant services in DG ENTR, have long experience in the preparation for Calls and in helping motivated applicants prepare their proposals. Malacarne said: “This is normally done through a number of presentations in the participating countries – organised in conjunction with the corresponding country representatives in the Programme Committee, presentations to the network of NCP and to relevant European organisations representing relevant stakeholders and, more generally, through an ‘open door’ policy to anybody requesting information. It goes without saying that the dedicated websites of the European Commission display all the relevant information required to prepare an application.”

It is important to note that one of the goals of ESRIF is to facilitate coordination of relevant future national and international European programmes in the domain of security research and development, particularly the strategic aspect. Such coordination is also among the primary objectives of FP7 and of the Security Theme in particular.

“The Work Programme, in particular Activity 7, which will also be open under the next Call for Proposals, provides the platform for actions to coordinate and structure national, European and international security research efforts, to develop synergies between, and avoid duplication with, civil, security and defence research, as well as to coordinate between the demand and the supply side of security research,” said Malacarne.

The Security Theme will support ERA-NET activities that develop the cooperation and coordination of research programmes carried out at national or regional level, towards their mutual opening and the development and implementation of joint activities.