Editorial: An ever complex and challenging business 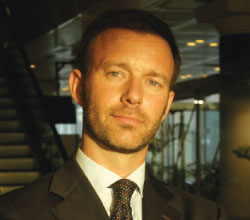 As airport managers across Europe breath a sigh of relief that the peak summer season did not see any major terrorist attacks on aviation, this has not necessarily been a quiet summer for all.

Glasgow airport did experience a failed terrorist attack and Heathrow airport suddenly came under fierce public criticism about the quality of its infrastructure and services while experiencing an environmentalist activist camp. Larnaca and Paphos airports saw their relations with some airlines’ associations severely deteriorate following the increase in charges necessary to cover the complete rebuilding of their facilities, whereas the Irish regulator denied any charge increase at Dublin airport despite the need to finance much needed capacity expansions and present charge levels being among the lowest in the industry. Finally, Malpensa airport discovered that its hub carrier plans to discontinue more than 150 daily flights without any sort of compensation, severely threatening the airport’s finances and future development.

These are but a few of this summer’s occurrences which go to show how complex and challenging airport management has become in recent years.

Security remains our number one headache. Despite recent progress that should allow the EU to progressively recognise security processes for duty free goods sold at selected airports outside Europe, the operational and financial impact of the current aviation security system remains extremely damaging. We still do not have fully harmonised and compatible rules across the EU, and the daunting prospect of getting additional rules restricting the size of cabin bags remains a serious concern – especially as their security effectiveness and added value remain to be demonstrated.

Our relations with airlines still need to find a true balance. Through their trade associations, airlines seem not to accept the logical consequences of the normalisation of the airport business. Indeed, the days when airport owners de facto subsidised airlines by accepting much lower returns in financial terms on their airport investment compared to what market rules would have required are over. In future, although airlines will continue not to pay the full cost of the infrastructure they use as airports strive to remain competitive, boost efficiency and attract as much traffic as possible, they may well have to pay a fairer share of these costs. Constructive dialogue based on good will and a full recognition of both common and respective interests is what it takes to start making a difference in any airport-airline relationship.

Addressing the looming airport capacity crunch will be crucial not only to the success of airports and airlines, but also to that of the European economy as a whole. Importantly, coupled with the inclusion of aviation into the EU Emissions Trading Scheme, addressing the capacity crunch would alleviate the impact of aviation on climate change by avoiding disastrous congestion on the ground and in the air.

Regional airports are already playing an essential reliever role in the aviation network and their impressive development should be further promoted. In parallel, timely planning, investment and construction of new infrastructure is a must at the bigger nodes of the network. How expeditiously this is actually being done in the Gulf with large scale benefits – as evidenced by the interview of Sheikh Ahmed in this issue – is quite a contrasting situation when looking at prevailing conditions in Europe. This should certainly be a matter for reflection for the EU, national governments and local authorities.