Southampton Airport’s efforts to minimise its carbon footprint have been recognised at Level 2 Reduction of ACI’s Airport Carbon Accreditation.

Between 2015 and 2018, Southampton Airport cut its CO2 emissions per passenger by over 50% – the equivalent of 1,250 metric tonnes per year, despite significant passenger growth in that period. An early adopter of LED low energy lighting, Southampton Airport purchases 100% green electricity and offers customers free electric car charging in its car parks. 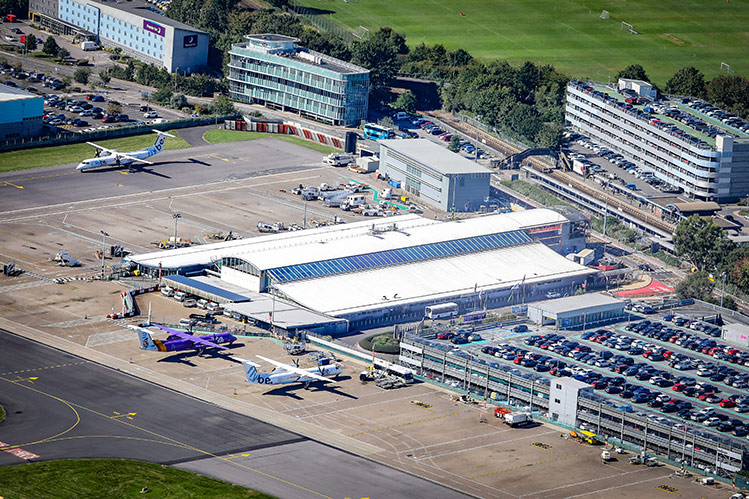 Between 2015 and 2018, Southampton Airport cut its CO2 emissions per passenger by over 50%, despite significant passenger growth in that period. The airport’s efforts to minimise its carbon footprint have been recognised at Level 2 Reduction of ACI’s Airport Carbon Accreditation.

“I am delighted Southampton Airport has achieved ACA Level 2,” says Anna Wyse, Environment & CSR Manager, Southampton Airport. “We are committed to reducing our carbon footprint in every way possible and are actively exploring a range of new technologies that will further reduce emissions from our operations.

“We acknowledge that climate change is a global issue that calls for collective, industry-wide action. I am expecting a further fall in our emissions when the 2019 carbon footprint is published. We also hope now to press ahead and achieve carbon neutral status as soon as possible, ahead of our 2030 target.

“Since applying for the ACA Level 2, we have implemented FEGP (Fixed Electrical Ground Power) and are looking forward to our new fleet of electric buses being delivered later this year and further electrification of airport ground vehicles. Southampton Airport is committed to be Net Zero by 2050 at the latest, but we are confident we can go beyond this much quicker with some of the projects we have in the pipeline.”