From 31 August, KLM Royal Dutch Airlines will launch a new daily service between Southampton and Amsterdam. Flights will be operated by KLM Cityhopper, using an 88-seat Embraer 175 aircraft.

Southampton Airport welcomes the return of the Netherlands flag carrier, following the suspension of the service in March 2019. The new route connects the South of England with KLM’s extensive global network via Amsterdam Schiphol Airport and is a significant boost for both tourism and business travel in the region.

Despite the major impact of the COVID-19 crisis on European aviation, regional connectivity is key to KLM’s strategy in the UK and the airline expects to return to its pre-COVID network by 3 August. The addition of the Southampton route will further strengthen KLM’s position with the airline now offering worldwide connectivity from 17 airports across the UK. 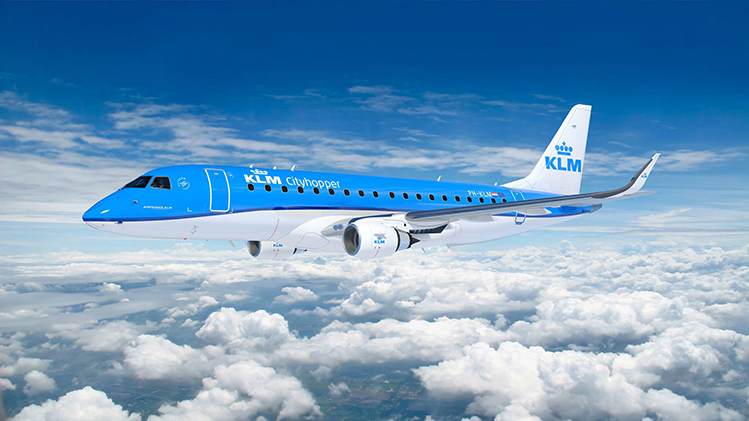 From 31 August 2020, KLM Royal Dutch Airlines will launch a new daily service between Southampton and Amsterdam. The new route connects the South of England with KLM’s extensive global network via Amsterdam Airport Schiphol and is a significant boost for both tourism and business travel in the region.

“After what has been a particularly challenging period, we’re delighted to be in a position to relaunch our KLM service from Southampton,” says Benedicte Duval, General Manager for Air France KLM in the UK & Ireland. “As leaders of the Dow Jones Sustainability Index, we are fully committed to the sustainable recovery of the aviation industry. I firmly believe that offering more choice and better connectivity is positive for the travelling public and I am confident that the new route will be well received by the tourism and business communities throughout the South of England.”

Welcoming the new route, Derek Provan, CEO of AGS Airports which owns Southampton Airport, adds: “We are absolutely delighted to welcome KLM back to Southampton, to restore the hugely popular service to Amsterdam. We know from passenger feedback that this route is very much in demand. This is a really important step in restoring connectivity to Europe, although we know that it will take a very long time to build SOU back up to where it was following the loss of Flybe and the COVID pandemic.”

KLM is gradually rebuilding its global network, opting to first offer customers as much choice of destinations as possible and then increasing frequencies and capacity. For July 2020, KLM expects to operate 80% of the normal number of European destinations and 75% of intercontinental destinations. This will increase to 95% and 80% respectively for August. Opening the Southampton route fits with this strategy.