At the end of June, Angela Gittens steps down after 12 years as Director General of ACI World. Here, she shares some thoughts about her time in the role and the evolution of the airports industry with Ross Falconer.

Angela Gittens began her tenure as Director General of ACI World in 2008, following a prolific career in senior roles in the aviation industry. She was formerly CEO of Miami and Atlanta airports, Deputy at San Francisco International Airport, and supervised management/operations contracts at airports in the UK, US, and Canada. 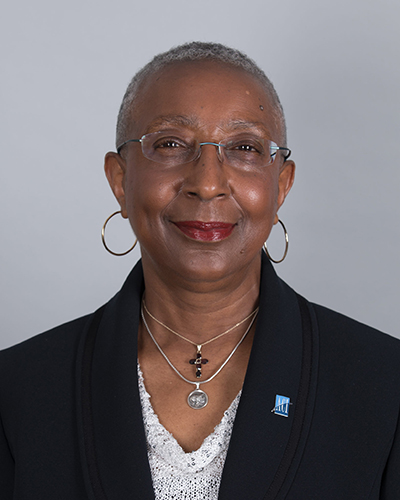 Angela Gittens, outgoing Director General of ACI World: “What we have seen is an evolution of airport management taking more of a leadership role of the airport community rather than seeing their role as just housing other businesses to do business. We see this in the significant focus on competing for air service, achieving high levels of customer service quality and pushing for environmental stewardship beyond the airport’s direct control, as examples.”

Indeed, the role was an opportunity for Gittens to use all of the learnings from her professional career. “I had already been an active airport member in three different ACI regions – Asia-Pacific, North America and Latin America – and a World Business Partner in North America,” she begins. “This gave me a perspective on the value and relevance of ACI to the industry and was an opportunity to contribute – it felt like a natural next step in my career.”

This involved moving from Miami to the then-ACI World HQ in Geneva. “When I was young, I had always thought about living in a foreign country for a while, so this was a perfect opportunity,” says Gittens. “I really enjoyed living in Europe, such beautiful countryside and clean cities with stunning architecture. Geneva was very convenient for communicating daily with all ACI Regions; there was a nice arc to the day, with Asia-Pacific, Europe and Africa in the morning and North and South America in the afternoon. Travel was convenient as well, with even the far reaches of the Pacific reachable in less than a day.”

The initial strategic priority was to give airports more influence in global policy-making, and Gittens identified a need to strengthen the capacity for gathering and analysing data to make the industry’s case.

“The state of the industry when I entered was a combination of greater business-mindedness in airport management, irrespective of the ownership model, and the growth of commercial aviation in developing nations,” she explains. “The former particularly wanted advocacy in policy-making and performance measurement and benchmarking. The latter particularly wanted capacity-building, as they needed to develop talent for their growing airport sector. To give airports more influence in global policy-making, we had to be seen as both a reliable source of data and a provider of solutions for issues of priority for global regulators.”

ACI led by its members’ needs

Over the span of Gittens’ distinguished career, as the saying goes, the only constant is change. In San Francisco, the industry environment was the changing dynamic of the airlines with deregulation in the United States having an impact on the business model of the airport. Gittens notes that this heralded the beginning of airports needing to be “businesses in their own right”.

In Atlanta, the character of the traffic was changing, with the development of the Atlanta area as a headquarters for international corporations and the coming 1996 Olympic Games. “So, in addition to its historical role of a connecting domestic airport for Eastern and Delta Airlines, the airport now needed to be configured for origin-and-destination traffic and for international traffic,” Gittens explains.

Then Miami, which had long been a major international hub, had to contend with competition from other airports for origin-and-destination traffic in South Florida and for international connecting traffic, particularly the Latin American market, from other airports in the US. “As well, I was in Miami on 9/11 which of course upended the industry in many ways, with Miami Airport being heavily impacted due to its international market which constituted about half of its traffic.”

These experiences, naturally, informed Gittens’ approach to her role as ACI World Director General. As the airport industry’s trade association, ACI needs to anticipate the drivers of change and help airport management prepare for those changes. “Obviously, the situation we now have calls upon ACI to assist its members more than ever, to survive through the immediate crisis and to anticipate the changes that will come in the post-COVID-19 era.”

As airports and the entire aviation ecosystem face the challenges of COVID-19, ACI continues to be led by its members’ needs. “World and Regions are advocating for relief for airports, developing guidance to help airports survive and recover from the global crisis, and participating with regional and global industry partners and policy-makers to gain coordinated measures for restart and recovery of operations,” Gittens explains.

Gittens notes that a real highlight of her tenure has been the way ACI’s World and Regional Offices have worked complementarily to advance the interests of their members and help them raise the performance levels of their operations. “We all have engaged Boards, members, and highly talented and motivated staff, which is really showing as they are working effectively and managing to exceed their traditional missions during the very difficult circumstances in which we find ourselves today.”

She identifies two key milestones for ACI World. Firstly, the relocation to Montréal in 2011. “The physical proximity with ICAO helped them learn more about the needs of airports and helped ACI learn more about the needs of regulators,” says Gittens. “The result has been more policy decisions that have increased the benefit of aviation to the world’s communities, while allowing airports to be more efficient, customer-centric and sustainable.”

The second milestone was the launch of the Airport Excellence (APEX) in Safety programme, which solidified ACI’s status as a respected solution provider and the airports sector as one that promotes high standards of performance. “Not only did the programme help our members, but it also helped ICAO and regulators achieve their goals of raising safety performance worldwide,” Gittens explains. “This was followed by APEX in Security, which was developed at the request of both members and regulators and will likely reach into other important airport disciplines. APEX in Environment was being piloted before the shutdowns in reaction to the COVID-19 pandemic.”

Discussing her experiences as a female airport leader, Gittens says the modern airport is well-suited for what may be considered female traits, including interpersonal management, finding the common denominator, and the ability to understand where someone is coming from. “We cannot continue to ignore half of the world’s population as we compete with other industries for the talent we will need to continue to play our role as an economic driver,” Gittens comments. “We need to attract more women into the business, support their professional development and ensure they get the promotional opportunities to gain leadership positions. Young women are not going to be attracted to careers where they don’t see other women getting opportunities.”

“What I told him is that you really need to pay attention to the fact that this is a federated organisation,” she says. “World is the headquarters – it is one of six ACI entities and each Region has different characteristics and business models, based on the nature of the policy structure within their region. We are blessed to have strong leadership and an engaged membership in each Region.”

As Gittens approaches her retirement from ACI World, she is looking forward to staying in the industry in a part-time and low-profile capacity. “After the immediate public health crisis has passed, I look forward to saying a proper farewell to my colleagues. This has been such a rewarding and enjoyable experience for me. I just regret to leave it at such a sad and difficult time.”