Munich Airport achieved a 10th consecutive record-setting year in 2019, with the Bavarian hub growing by 4% to 48 million passengers. Airlines substantially increased the number of destinations served, especially in the intercontinental segment, which saw a 9% increase in total passengers. Meanwhile, European traffic was up around 4%. These figures underscore Munich Airport’s growing strength as a hub, with increased traffic flows to Asia and the Americas.

This year, like all airports, Munich has been significantly impacted by the global COVID-19 pandemic. The latest available figures show that between January and May 2020, passenger traffic fell by -58.7% year-on year to 7.5 million.

Leading the airport through its COVID-19 response and the resumption of operations is Jost Lammers, who took the helm as CEO of Munich Airport in January 2020. “My initial priority was to familiarise myself with all relevant issues as soon as possible and get to know the key stakeholders and partners,” he begins. “The COVID-19 crisis then appeared in the middle of this ‘onboarding’ period.”

Lammers was previously CEO at Budapest Airport and before that held senior roles at Flughafen Düsseldorf Ground Handling GmbH and HOCHTIEF AirPort GmbH.

“My experiences at Düsseldorf and Budapest airports are of central importance, since certain processes and tasks in airport management occur again and again, regardless of location,” he says. “On the other hand, there are also very specific focus areas and strategic goals that ultimately give an airport its own identity. For Munich, this includes further strengthening our role as a leading European hub. This role must be re-established in the ‘post-COVID-19 era’.” 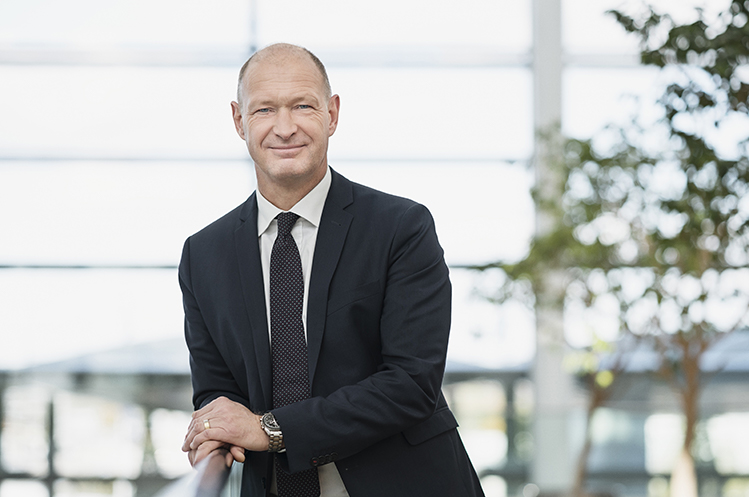 Jost Lammers, CEO Munich Airport: “My experiences at Düsseldorf and Budapest airports are of central importance, since certain processes and tasks in airport management occur again and again, regardless of location. On the other hand, there are also very specific focus areas and strategic goals that ultimately give an airport its own identity. For Munich, this includes further strengthening our role as a leading European hub. This role must be re-established in the ‘post-COVID-19 era’.”

Jost Lammers (53) became the new CEO of Munich Airport in January 2020. He has also been ACI EUROPE President since June 2019.

Munich Airport has seen an increasing decline in traffic since the beginning of March. Traffic was at an almost complete standstill in April and May – down by -99% in both months. Similarly, aircraft movements were only at 3-5% of the levels experienced in the same period last year.

“Luckily, we have overcome this downturn,” says Lammers. “In domestic and European traffic, the number of flights is growing slowly and since the beginning of June we again have regular non-stop flights to the US. However, this is still on a very low scale compared to 2019.”

In early June, Lufthansa resumed services from Munich to Brussels, Milan, Rome, Vienna, and Zurich, while also reopening its routes to Chicago and Los Angeles. From mid-June, the airline is operating from Munich to the long-haul destinations of San Francisco, Montréal, Delhi, and Seoul, as well as 30 more European cities on a regular schedule.

Meanwhile, Lufthansa subsidiary Eurowings is operating routes from Munich to Palma de Mallorca and Pristina. Other services include Qatar Airways to Doha, AEGEAN Airlines to Athens, Luxair to Luxembourg, and airBaltic to Riga.

Finally, the schedule of existing connections operated by Alitalia to Rome, KLM to Amsterdam, Air France to Paris, Finnair to Helsinki, and Belavia to Minsk, has been partially expanded to provide greater frequency.

The number of destinations served regularly from Munich will increase to around 90 by 1 July.

Cushioning the effects of COVID-19

The airport’s COVID-19 response includes a number of measures introduced to secure liquidity, beginning with short-time work and reduced overtime, through to temporarily closing terminal areas and reviewing and cutting all expenses and investment plans.

Munich Airport is using the slowdown in air traffic caused by the coronavirus pandemic to carry out maintenance work on its runway system. In May, the southern runway was completely closed for around three weeks.

All services are currently operating from Terminal 2. The check-in process and floor markings have been designed in close consultation with the competent health authorities, and extensive measures are being implemented to meet the special requirements for providing increased protection against infection in line with the EASA/European Centre for Disease Prevention and Control (ECDC) COVID-19 Aviation Health Safety Protocol. It remains mandatory to wear a face mask in all terminal areas.

“Many airports are working with the same tools to cushion the effects of COVID-19,” Lammers explains. “The very good economic results that we have achieved in previous years have been a strong advantage for us. We have also established an efficient and attractive hub thanks to the dynamic development of air traffic in the last 20 years. We are working closely with our airline partners to continue the positive growth performance of earlier times in the medium-term.”

Alongside his role as CEO of Munich Airport, Lammers is also ACI EUROPE President, having been elected to lead the European airport association at last year’s 29th ACI EUROPE Annual Assembly & Congress in Cyprus.

“What is true for fighting the pandemic also applies to airports and aviation: the more successful we are in bundling our European interests and coming to a common understanding through intensive cooperation, the better the future opportunities will be for all of us,” he says. “ACI EUROPE is a key driver and facilitator to overcome the crisis, thereby also strengthening itself for collaborative, sustainable and consumer-oriented further development of aviation in Europe.”

Looking ahead, from a Munich Airport perspective, Lammers adds that it is still too early to predict when pre-crisis traffic levels will be reached again, but his priority is clear: “To take Munich Airport through the crisis in good shape and get air traffic up again as soon as possible. I have no doubt that the global need for mobility will increase in the medium-term and that air travel will therefore return to growth once more.” 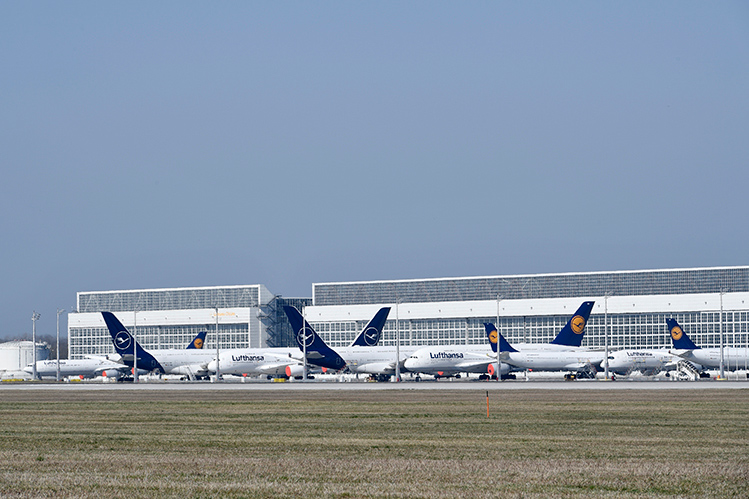