Date: 15 May 2020 Category: Operations No Comments

Brussels Airport has released figures for April 2020, which show a decrease of 99.3% in the number of passengers, but an increase of 52.1% of the full cargo volume.

The airport handled 17,000 passengers last month, down from 2.3 million in April 2019. Thousands of compatriots returned home via Brussels Airport, among the regular flights and the 14 repatriation flights from the airport.

In April, although there was a 13.7% decrease in freight transport compared to the same month last year — mainly due to the disappearance of freight onboard passenger aircraft — there was a sharp 52.1% increase of full cargo. Freight remains key, allowing the transport of essential goods, medicines, medical products and foodstuffs. The total number of flights dropped by 88%. 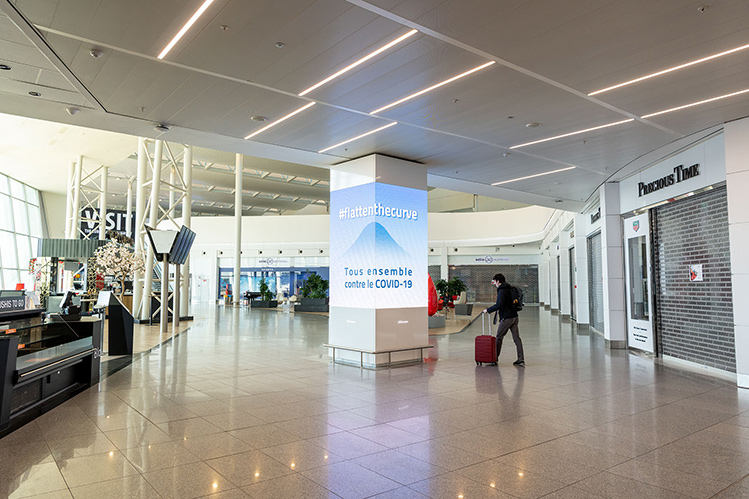 Brussels Airport has released figures for April 2020, which show a decrease of 99.3% in the number of passengers, but an increase of 52.1% of the full cargo volume.

“While passenger traffic is slow, air freight is running at full capacity at Brussels Airport,” explains Arnaud Feist, CEO Brussels Airport Company. “Due to the loss of capacity on passenger aircraft, the demand for full cargo is greater. Some passenger aircraft are only flying to carry cargo. Thanks to air freight, we are able to obtain and supply essential goods, medicines, medical products and food quickly. At the same time, air freight allows our companies and industry to continue to operate (e.g. the pharmaceutical industry and the export of pharmaceuticals).”

14 repatriation flights to Belgium were specially organised in April, operated by Brussels Airlines (nine flights) and Air Belgium (five flights). The repatriated travellers returned home from destinations such as Algiers, Alicante, Lubumbashi, Lima and Tenerife. In total, about 3,400 compatriots were repatriated on these flights. Thousands of Belgians also returned by regular flights.

In April, there were about 100 passenger flights per week, for a total of 452 flights for the entire month. The average passenger occupancy rate was very low in April, with an average of 38 passengers per flight. These passengers were welcomed at Brussels Airport in the safest possible conditions. The required markings for social distancing are indicated in the terminal, hydro-alcoholic gel dispensers are available, additional cleaning services have been organised, and passengers are informed of precautionary measures via screens and loudspeakers. Wearing a mask is obligatory at Brussels Airport, and masks are distributed in the terminal. Every passenger arriving at Brussels Airport also receives an information sheet from the federal government, including instructions on how to comply with a 14-day home quarantine. 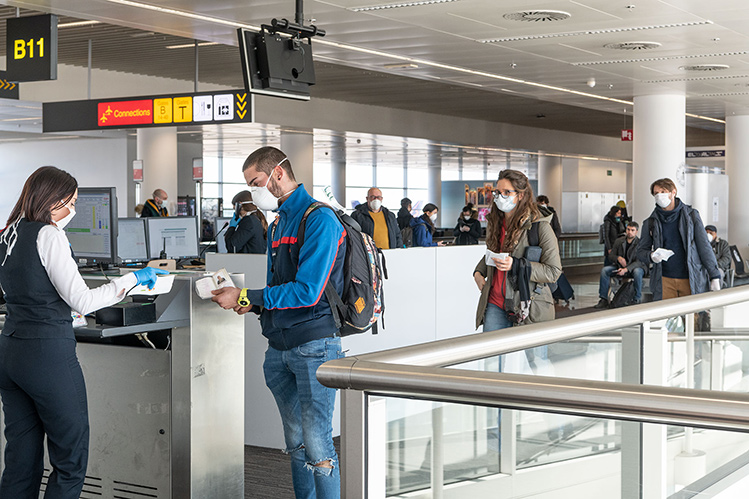 Required markings for social distancing are indicated in the Brussels Airport terminal, hydro-alcoholic gel dispensers are available, additional cleaning services have been organised, and passengers are informed of precautionary measures via screens and loudspeakers. Wearing a mask is obligatory at the airport, and masks are distributed in the terminal.

Meanwhile, the freight volume at Brussels Airport decreased by 13.7% in April 2020 compared with April 2019. This decrease is the result of the disappearance of passenger flights on which cargo was also carried. As a result, freight onboard passenger flights decreased by 91%. However, full cargo shows a strong increase of 52.1% compared to April last year and, therefore, more than compensates for the loss of freight capacity on passenger aircraft. On the one hand, these additional flights are carried by full cargo aircraft (in particular via new companies such as Suparna and Amerijet), but also by passenger aircraft which are only used for freight transport (mainly in the hold, and very exceptionally in the cabin).