An interview with Vitaliy Anatolyevich Vantsev, Chairman of the Board of Directors, JSC Vnukovo International Airport. By Ross Falconer

The Vnukovo International Airport brand is iconic in Russia and increasingly gaining recognition internationally. In December 2019, Vnukovo won the “50 Legendary Brands of Our Country” competition held by the Komsomolskaya Pravda publishing house.

As the airport approaches its 80th anniversary in 2021, it is continually developing and modernising, and a tangible symbol of this is the recent brand refresh with a new logo and corporate identity.

“The philosophy of identity renewal is based on the idea of ​​rapid flight and constant movement, thereby showing that the airport does not stand still, but is dynamically developing and improving,” says Vitaliy Anatolyevich Vantsev, Chairman of the Board of Directors, JSC Vnukovo International Airport.

“Vnukovo is the only airport among industry leaders in Russia in which airfield and terminal infrastructure do not constrain the development of air traffic volumes,” Vantsev explains. “At the same time, the infrastructure provides high-quality services to airlines and passengers. Historical, territorial, and infrastructural advantages have determined the focus of the airport’s development on delivering a high-quality transportation product diversified by destination and widely segmented by price. This concept requires a well-developed international airline network and a self-sufficient network of domestic, regional air services that feed it.” 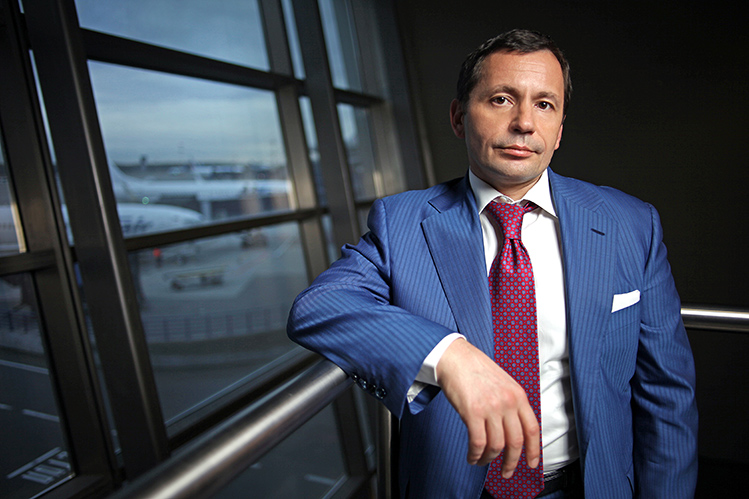 Vitaliy Anatolyevich Vantsev, Chairman of the Board of Directors, JSC Vnukovo International Airport: “The integration of base carriers, the introduction of advanced technologies, the use of modern analytics methods, forecasting and planning processes, as well as the focus on results – all this allowed us to achieve our goal and reach more than 24 million passengers in 2019.”

The current mix of air services is 53% domestic and 47% international. It is the international segment that is growing most rapidly – by 44% in 2019 and with double-digit growth in all 12 months. As a result, international airlines increased their traffic share at Vnukovo by 10 percentage points (from 37% in 2018 to 47% in 2019).

Vantsev explains that key targets also include expanding the route network to destinations in the Middle East, and attracting long-haul carriers for the development of services to China, South East Asia, and the wider Asia-Pacific region. “It is expected that these regions will, in the next 15-20 years, be the main generators of additional global passenger traffic.” 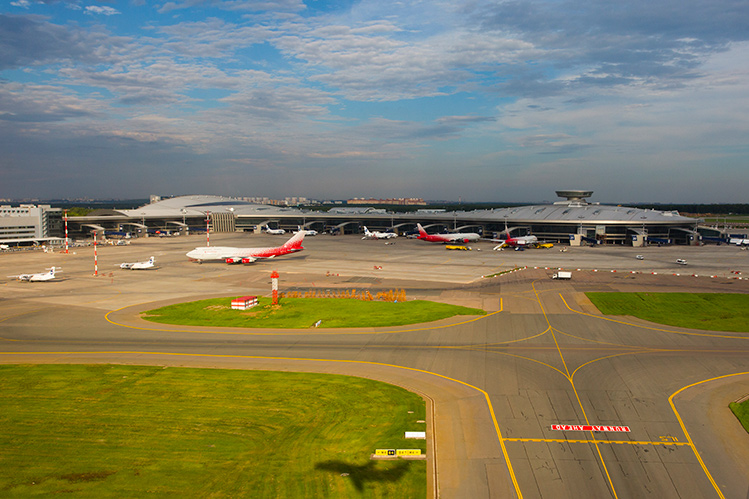 In 2022 Vnukovo will become the first airport in Moscow that can be accessed directly by the metro. Construction of the airport metro station is underway, adjacent to the existing Aeroexpress train station.

Significantly, in 2022 Vnukovo will become the first airport in Moscow that can be accessed directly by the metro. Construction of the airport metro station is underway, adjacent to the existing Aeroexpress train station. “This will make the airport more accessible and help cope with the growing passenger flow,” says Vantsev. “We have also started construction of a new 64,000sqm multi-storey car park, with space for 2,000 vehicles, which will similarly open in 2022.”

Commercial revenues are increasingly important and currently account for 42% of Vnukovo’s total. Indeed, they showed impressive growth of 18% in 2018 and 12% in 2019.

At the end of 2019 Dufry acquired a majority stake in RegStaer Vnukovo in a long-term concession until 2035. This includes more than 30 duty-free and duty-paid shops across a 6,800sqm retail space.

“Our partnership with Dufry has enhanced the quality of passenger service,” Vantsev comments. “We have opened new stores, for example, a large duty free store in Terminal A. Also, in partnership with Dufry, a modern children’s store – ‘KidsStore’ – has been opened. At the same time, we receive global support from Dufry for promotions and special offers in all categories, which undoubtedly attracts passengers to our stores.”

In 2020/2021 a major new store is planned in the domestic departures area, and Vnukovo is constantly studying the needs of its passengers and the best international practices. As part of these efforts, in 2019 it opened the RelaxPoint Capsule Hotel in Terminal A, catering to the 10% of passengers who are transiting through the airport.

“We are also trying to promote the implementation of technological solutions in retail,” Vantsev adds. “In 2018, our tenant Tele2 launched a SIM card vending machine featuring a biometric face recognition system, which has greatly reduced the time spent acquiring SIM cards.”

Looking ahead, Vantsev explains that construction of the airport metro station is a strategic priority in 2020, while a new IT system will streamline passenger and baggage processing. “Vnukovo Airport’s main objectives for 2020 are to ensure further sustainable growth, while maintaining a high quality of service for our passengers and airlines.”

“I spread kindness in Russia!”

In December 2019, Vnukovo Airport and Rossiya Airlines, together with the Federal State Budget Institution Rospatriotcentr, held ‘I spread kindness in Russia!’, which took place as part of the celebration of National Volunteer Day.

“The main goal was the popularisation of volunteering and promoting the possibilities of self-realisation as a volunteer,” says Vitaliy Anatolyevich Vantsev, Chairman of the Board of Directors, JSC Vnukovo International Airport. “Vnukovo joined ‘I spread kindness in Russia!’ because participation in social events is an integral part of the enterprise. We regularly hold joint social events with airline partners, while our airport employees organise excursions, exhibitions, educational quizzes, and entertainment programmes. Among them are traditional tours of the airport and aircraft for children under the patronage of charitable foundations.”