Moscow Domodedovo Airport is on a clear growth trajectory. Passenger numbers have been steadily increasing since July 2019 and ACI EUROPE’s Air Traffic Report shows Domodedovo was in the top 3 fastest-growing airports in its category (over 25 million passengers) in December 2019, with 8.1% growth. Indeed, overall traffic has been improving since October 2019 with 1.1% year-on-year growth. 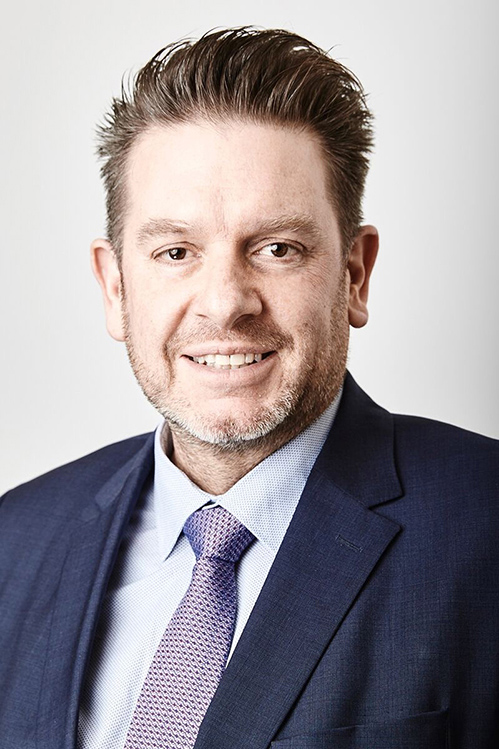 In summer 2020, All Nippon Airways is launching a new service between Domodedovo and Tokyo, while in April S7 Airlines plans to add a daily flight between Moscow Domodedovo and Paris Orly. “In 2020, the aviation industry will evidently be influenced by the spread of the novel coronavirus, causing the suspension of flights to several destinations,” Burkard comments. “It remains too early to predict what impact the issue will have on the industry. We are monitoring the situation and have implemented the required measures to ensure safety, following the recommendations of government authorities.”

Travellers can fly to 187 destinations served by 45 carriers from Moscow Domodedovo, with 43 of these destinations unique for the Moscow Aviation Hub.

“We focus on developing existing markets, such as Asia, the Middle East, the Far East and North America, the latter mainly through Europe,” says Burkard. “We also support our partner airlines in extending transfer flights, increasing flight frequency on domestic routes, etc.”

Domodedovo continues to grow its transfer traffic, with the share of transfer passengers increasing to 19.7% last year. The airport sees potential in transfer flights between Europe and Asia, the Middle East and Africa. Approximately 75% of services on these routes have a connection in either Istanbul, Dubai or Qatar, etc. The Compound Annual Growth Rate of this market segment reached 6% in the last 10 years.

“The Moscow Aviation Hub possesses several advantages to increase transfer traffic,” Burkard explains. “Firstly, Moscow is one of the largest urban agglomerations in the world, which guarantees a large home point-to-point market. Secondly, a connection through Moscow is comparable to a direct flight, as the flight distance usually increases by less than 1,000km. This also translates into time and fuel savings.”

Large-scale digitalisation and an e-commerce hub

Moscow Domodedovo Airport, which is part of DME Group, is adjusting its business structure, increasing the share of non-aeronautical revenues.

“At the current moment, our business structure differs from other airports. Our group, among others, unites an inflight catering facility, airport handling, and fuel services etc,” says Burkard. “In the first six months of 2019, commercial services amounted to 17.2% of revenue. The opening of new venues and the launch of a multi-level car park were the key growth drivers in 2019.”

“With the full opening of Terminal 2, we will increase the number of commercial spaces at the airport,” Burkard notes. “These changes will create exciting opportunities for launching new duty free shops, cafés, restaurants, and other services for passengers. We have already leased 90% of commercial spaces in T2.”

Domodedovo recently launched an online duty free shop and, while it is still early days, Burkard says the new project is performing beyond expectations. “The project itself is part of a large-scale digitalisation initiative. Domodedovo is planning to employ this platform as an e-commerce hub for all airport service providers, including lounges, inflight meals, food & beverage, taxis, and more. We are exploring the addition of large local Moscow stores at a subsequent stage.” 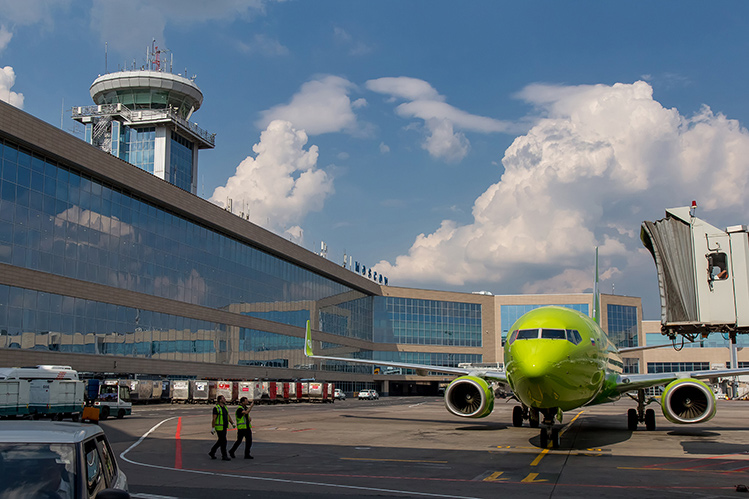 Looking ahead, Domodedovo is planning for the full opening of Terminal 2 with the acquisition of new equipment such as jet bridges; the use of self-service bag drop kiosks and e-gates is expected to become more prevalent; and the new Aeroexpress train terminal is scheduled to open in the second half of 2020.

Enhancing airport experience for all travellers

A key element of the airport’s corporate development strategy involves creating an environment that is accessible to everyone. Among the latest initiatives is the launch of a new lounge for passengers with reduced mobility.

“Assistance at DME is available 24/7,” Burkard explains. “We have seen rising demand for these facilities. 4,570 passengers used the lounge in January 2020, a 23.2% year-on-year increase. The airport aspires to make all the facilities more accessible daily, offering multiple opportunities for assistance throughout the entire journey.”

Indeed, various tools are being employed to enhance the passenger experience. In 2018, Domodedovo implemented self-service e-gates, while last year it introduced scanners to read electronic boarding passes and 3D wayfinding maps to help travellers navigate their way around the airport.

Meanwhile, in December 2019 the oneworld alliance announced plans to open its first-ever branded lounge at Domodedovo, which is the home of oneworld member S7 Airlines. Domodedovo serves as a major hub for the oneworld alliance in Russia, with S7 Airlines operating over 140 daily flights from the airport. In total, Domodedovo handles over 150 daily flights by oneworld member airlines, including British Airways, Iberia, Japan Airlines, Qatar Airways, and Royal Jordanian.

Looking ahead, Domodedovo is planning for the full opening of Terminal 2 with the acquisition of new equipment such as jet bridges; the use of self-service bag drop kiosks and e-gates is expected to become more prevalent; and the new Aeroexpress train terminal is scheduled to open in the second half of 2020.

Burkard adds that the airport is exploring the introduction of biometric technologies to speed-up passenger processing. “Just imagine how the user experience would change if passengers could board a plane using a selfie. No doubt, this transformation would require safety protocols and rethinking approaches towards workflow management. We are also revising our business structure to provide maximum efficiency. We strive to ensure sustainable growth, reducing our environmental footprint. For instance, Domodedovo’s inflight catering facility started sorting cabin waste in February. Finally, our employees are our greatest resource. The company has put initiatives in place to train the next generation of the aviation workforce, making its operations more efficient and as a result, enhancing passenger experience.”