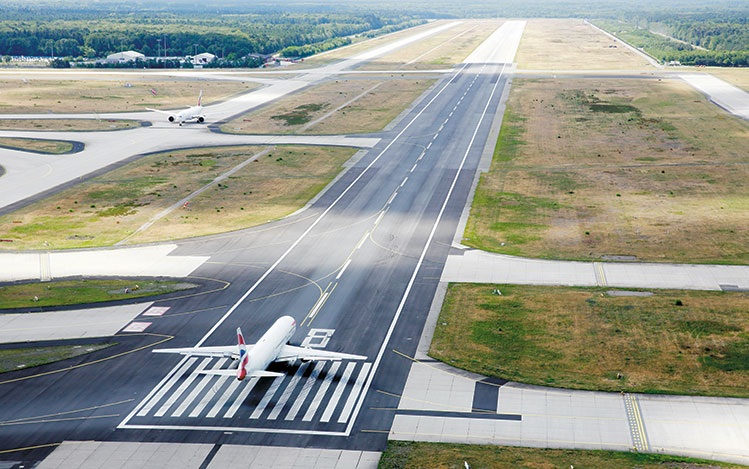 Further GRF workshops in the EUR Region are planned, including two with the assistance of ACI EUROPE. The first of these will be held on 10-11 December 2019 in Frankfurt, hosted by Fraport.

The new ICAO methodology for assessing and reporting runway surface conditions, known as the new Global Reporting Format (GRF) for Runway Surface Conditions, will be applicable on 5 November 2020. This implementation is expected to reduce the risk of runway excursions since the GRF improves the accuracy and timeliness of runway condition assessment and harmonises this information globally. Report by Christopher Keohan

Runway safety-related events, in particular runway excursions, are among the highest risk factors for aviation safety. Improving runway safety through risk mitigation is all the more important and ICAO aims to achieve this with the development of the Global Reporting Format (GRF) for runway surface conditions, a standardised methodology for assessing and reporting runway surface operations. As described in Aeronautical Information Circular (AIC) France A 19/19 (dated 3 Oct 2019), under the GRF the aerodrome operator evaluates the condition of the runway for each third of the runway and issues a Runway Condition Report (RCR). The report contains the Runway Condition Code (RWYCC) and information which describes the runway surface condition by providing the type of contamination, thickness, and coverage for each third of the runway. This code is derived from the Runway Condition Assessment Matrix (RCAM). The RWYCC will be used as input data for compiling landing distances. The RCR elements are transmitted to the pilots by the Air Traffic Services (ATS) by radio or ATIS. The Aeronautical Information Services (AIS) will dispatch the RCR through a new SNOWTAM format. Pilots use the RCR information to calculate landing performance with data provided by the aircraft manufacturer. After landing, they transmit a report of the braking efficiency (AIREP) to the ATS. The ATS then relays this AIREP to the aerodrome operator for possible new assessment.

Global initiatives related to the implementation of GRF included ICAO Provisions (e.g. Annex 14 – Aerodromes, Circular 355 – Assessment, Measurement and Reporting of Runway Surface Conditions, Doc 9981 – Aerodromes and Doc 10064 – Aeroplane Performance Manual), as well as the ongoing EASA Rulemaking Task on Runway Safety. It is crucial that all aviation stakeholders are well trained on the new ICAO methodology to ensure its smooth roll-out. That’s why ICAO and ACI organised a joint Symposium on Implementation of the New Global Reporting Format for Runway Surface Conditions, which was held from 26 to 28 March 2019. A total of 325 representatives participated in the Symposium, including many ACI members. The last session of the Symposium reviewed regional plans on conducting workshops to assist in implementation, which are of great use and interest to airports.

One such workshop has already been held, namely the Workshop on Implementation of the New Global Reporting Format (GRF) for Runway Surface Conditions in the ICAO EUR Region in Paris from 10 to 11 July 2019. A total of 98 experts from 29 States, 5 international organisations (ACI EUROPE, CANSO, EASA, IATA and ICAO), 1 airline and 1 industry participated in the workshop. One of the outcomes of this workshop was the creation of a GRF implementation check list to assist States in the ICAO EUR Region with implementation.

Further GRF workshops in the EUR Region are planned, including two with the assistance of ACI EUROPE. The first of these will be held on 10-11 December 2019 in Frankfurt, hosted by Fraport. The second will take place on 28-29 January 2020 in Helsinki, hosted by Finavia. These particular workshops will be tailored to the needs of airports, with the latter featuring a focus on the circumstances faced by Northern European airports. ACI EUROPE members are urged to take advantage of these workshops, so as to be prepared for timely implementation of the GRF, which is expected to reduce the risk of runway excursions and contribute to overall aerodrome safety.