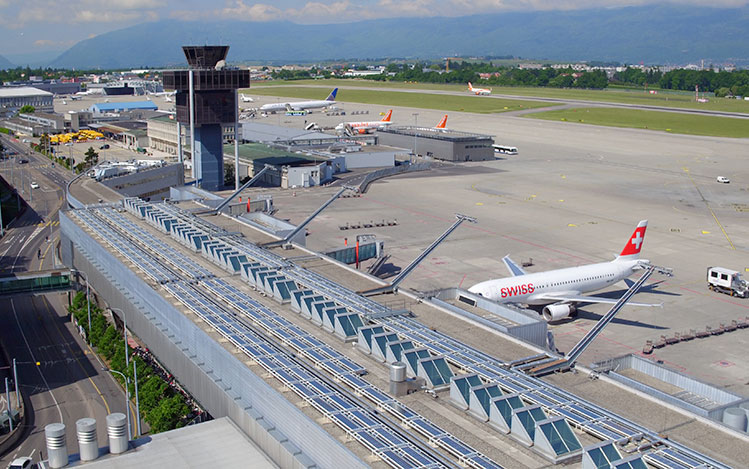 Genève Aéroport is very proud to host the next ACI EUROPE Annual Assembly & Congress on 16 to 18 June 2020, to celebrate together the airport’s 100th anniversary.

Genève Aéroport is very proud to host the next ACI EUROPE Annual Assembly & Congress on 16 to 18 June 2020, to celebrate together the airport’s 100th anniversary.

“It will be a great opportunity to share some innovative initiatives launched to turn sustainable development into tangible measures for all communities in order to guarantee the long-term connectivity of airports,” says André Schneider, CEO Genève Aéroport. “Together we will imagine and validate our ambitious and practical actions that aim to protect the environment, while fighting different forms of pollution notably linked to noise, air and water. We have already engaged in environmental management; however, in the future, we are going to take this a step further. The focus will strongly be on the social responsibility and sustainable development of airports to take better care of the planet in a context of international exchange.”

Genève Aéroport recently reached an agreement with the main operating airlines of the airport to reduce the negative impact of delayed scheduled departure late in the evening. Beyond this Genève Airport will introduce quotas of delayed departures between 22:00 and 00:30 (curfew already existing until 06:00) as well as special charges to support environmental funds. In that context, Genève Aéroport is also committed to ensuring a better local influence on slots distribution to balance the importance of connectivity and the need for sustainable development.

Genève Aéroport is among the more than 200 airports in Europe that have committed to Net Zero CO2 emissions by 2050. Meanwhile, it was also recently announced that from 2025 Genève Aéroport will cool and heat its buildings with water from Lake Geneva, and hence no more use fossil fuels to do so.