European airlines’ race to the bottom – who reaps the benefits? 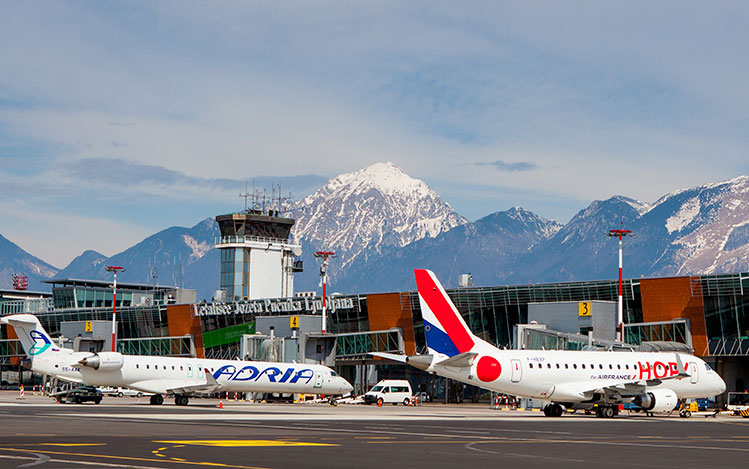 In the week following Thomas Cook’s demise, the troubled Slovenian flag carrier, Adria Airways, filed for insolvency and cancelled all flights. Its failure meant a massive loss in air connectivity for Slovenia and its main gateway, Ljubljana Jože Pučnik Airport.

September was a turbulent month for European aviation, some even called it a wretched month. With many factors contributing, including higher fuel prices and fierce competition, another four airlines had their wings clipped in September, following in the footsteps of Germania, flybmi and WOW air, that collapsed earlier this year. Thomas Cook, Adria Airways and two French carriers, Aigle Azur and XL Airways, were weeded out from the fast-consolidating airline landscape in Europe. Certainly, these bankruptcies mean tough times ahead for passengers, airlines and their employees, but on top of that they also rock the boat of the economic stability for those countries that relied largely on the connectivity they provided. For airports, it is not good news either. For some of them, restoring the lost links and coming back to full speed in terms of passenger traffic will take years.

Thomas Cook, one of Britain’s oldest companies, ran hotels, resorts and airlines for 19 million people a year in 16 countries. On 23 September, when the announcement struck that the company was forced to cease operations, the shockwaves that spun from it were unheard-of. It triggered the largest fallout in terms of passengers affected – half a million passengers stranded globally, requiring the largest peacetime repatriation effort in British history, the so-called ‘Operation Matterhorn’.

The collapse of the iconic travel brand has serious implications for air links from the UK, and the nations dependent on them. The worst hit by the carrier’s demise were small, regional airports. The lost connectivity will continue to hurt their business as they may not be so fortunate in rebuilding routes as their larger peers. In the UK alone, Newcastle, East Midlands and Cardiff are especially exposed. One in nine flights at the Welsh capital’s airport was operated by Thomas Cook this summer. That is a challenging proportion to replace, especially as much bigger airports – including Gatwick, Birmingham and Glasgow – will be soliciting surviving airlines to re-launch services next summer. That is before one considers the vast number of seats purchased by Thomas Cook for its customers on the flights of other carriers, who will now be seeking other ways to fill their aircraft, and even reassessing their route portfolios.

Beyond the UK, the outlook post-collapse of Thomas Cook is even more dire. In Greece, the total price of its bankruptcy for the country’s economy was estimated at €2.5 billion, or about 1.4% of the country’s gross domestic product. Faced with brutal consequences of the tour operator’s failure for its travel sector, the Spanish government urged the European Commission to allocate resources from the fund for globalisation to alleviate the fallout, since the company has left unpaid bills for €200 million to Spanish companies. The Spanish airport operator AENA went to the extent of exonerating airlines from paying airport charges for the additional passengers on the flights to remote destinations, such as the Canary Islands and the Balearic Islands, in a bid to cushion the hit on the overseas connectivity.

In reality, every overseas destination which had a connection to the company will suffer from Thomas Cook’s disappearance, but some will fare particularly badly: those where the tour operator catered for the majority of flights, or in some cases the only departures. While easyJet, Ryanair and other airlines are already working their way to take over the abandoned routes, it goes without saying that some links to smaller, more remote destinations will not be their top priority. There is also the question of the airline’s lucrative slots, which many airlines have been racing to purchase, with no guarantee that they will not be redirected to other routes. Some say that the effects of Thomas Cook’s failure will ripple through the aviation world for a long time. 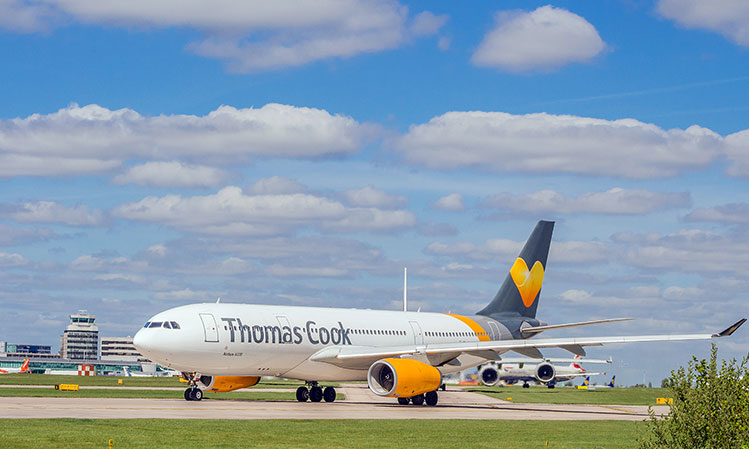 On 23 September, when the announcement struck that Thomas Cook was forced to cease operations, the shockwaves that spun from it were unheard-of. It triggered the largest fallout in terms of passengers affected – half a million passengers stranded globally, requiring the largest peacetime repatriation effort in British history, the so-called ‘Operation Matterhorn’.

In the week following Thomas Cook’s demise, the troubled Slovenian flag carrier, Adria Airways, filed for insolvency and cancelled all flights. Its failure meant a massive loss in air connectivity for Slovenia and its main gateway, Ljubljana Jože Pučnik Airport. In the aftermath, two dozen countries, including key markets for tourists like Czech Republic, Spain, and Switzerland, have lost direct flight connections entirely. The airport has seen its passenger numbers decline -10.1% in September after the airline discontinued most of its operations on the 25th of the month, prior to declaring bankruptcy five days later. The latest reports point to up to -40% loss in the airport’s traffic in October.

While other carriers are expected to pick up Ljubljana’s traffic and routes, the airport will only be able to replace most of the former national carrier’s routes within a year and a half. It is a long and expensive process to convince other airlines to sustain the already established links. The carriers, as shown in the example of the failed negotiation with Lufthansa, will be in a luxury position to pick and choose the best slices of the late Adria’s connectivity. In the coming weeks, Swiss International Air Lines, Brussels Airlines and Lufthansa will introduce flights from Zurich, Brussels, Frankfurt and Munich to the Slovenian capital. Almost all airlines currently serving the Slovenian capital plan to increase their operations on the most profitable routes to the city this coming winter season, proving that a demise of one carrier can cater to other airlines’ beefed up schedules.

Adria’s collapse had many drivers, including tightening profit margins, dwindling investor confidence, fluctuating fuel prices and an overall weaker economy in Europe. However, the most poignant reason yet is the runaway airline consolidation across Europe, further boosting the dominant position of a handful of European carriers. The knock-on effect of having fewer players on the market is inevitably less competition for the airlines, leaving them more space to dictate the terms when dealing with Europe’s passengers and airports.

The second-biggest airline in France, Aigle Azur, and the low-cost, long-haul XL Airways, that specialised in transatlantic connectivity from Paris, both went under in September. 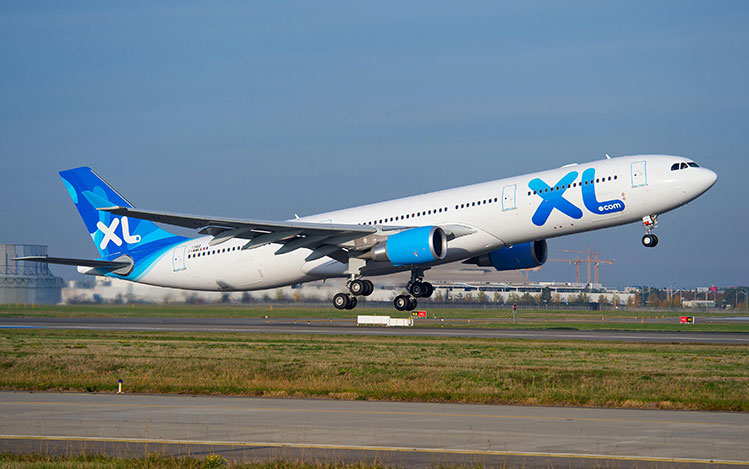 The insolvency of XL Airways, filed on 23 September, had a limited impact on the connectivity of its main base, Charles de Gaulle Airport. However, operating a fleet of four aircraft on its 17 long-haul routes, the budget airline’s story is a scaled-down exemplification of the race to the bottom waged by Europe’s airlines.

Aigle Azur filed for bankruptcy in the beginning of the month, and was put in receivership, but no viable takeover bids were placed, resulting in its liquidation. The route network of the carrier was of considerably smaller scale in comparison to Air France, but it still offered vital competition in certain areas. As the main airline connecting France to Algeria, its demise will free up an interesting chunk of the market for other carriers. With its sizable footprint in Paris Orly now up for grabs, the French business of Air France is likely to reap the benefits from the carrier’s disappearance. Conversely, the current void created by Aigle Azur’s collapse resulted in a major -9.4% slump in air traffic at Paris’ second-busiest airport.

The insolvency of XL Airways, filed on 23 September, had a limited impact on the connectivity of its main base, Charles de Gaulle Airport. However, operating a fleet of four aircraft on its 17 long-haul routes, the budget airline’s story is a scaled-down exemplification of the race to the bottom waged by Europe’s airlines. XL operated using a low-cost model, charging its passengers extremely low rates for one-way tickets and then adding fees for seat selection, meals and baggage on top. The fierce competition spearheaded by Norwegian, and the low-cost services developed and marketed by legacy carriers, such as Lufthansa and Air France, further undermined the carrier’s frail bottom line. 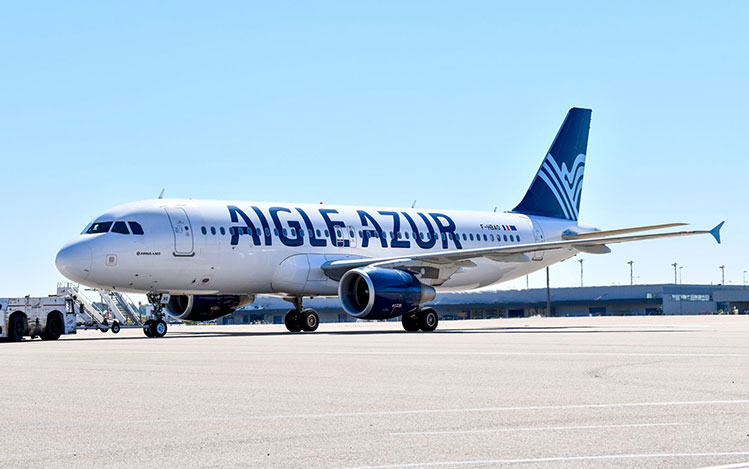 Aigle Azur filed for bankruptcy at the beginning of September, and was put in receivership, but no viable takeover bids were placed, resulting in its liquidation. As the main airline connecting France to Algeria, its demise will free up an interesting chunk of the market for other carriers.

The expanding European aviation market will inevitably experience more airline consolidation in the coming years, induced by tougher trading conditions, spikes in fuel cost and the potential impact of the Climate Emergency and its influence on the consumers’ choices and the policy landscape. With fewer, but more powerful carriers in the pool, the European aviation market will have less competition. While the ‘survival of the fittest’ is a sure-fire way to weed out the weak performers, the harmful side effects for passengers, airports and the economic health of countries should not be taken lightly.