As part of its Solar Electricity Drive, Vienna Airport to build three new photovoltaic facilities on the roofs of Office Park 4, Park Garages 3 and 8 by the end of 2020. This follows the opening of four photovoltaic plants in August 2019. 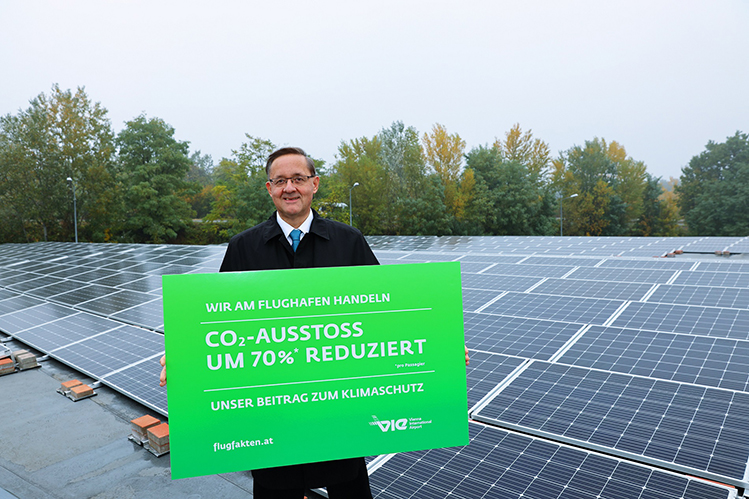 2,500 solar modules will be installed on the roofs of Park Garages 3 and 8, increasing the built-up solar panel surface area to about 16,000sqm. The expansion of solar energy should help Vienna Airport to reduce its CO₂ emissions by about 1,800 tonnes per year.

“We have already cut CO₂ emissions by 70% and energy consumption by 40% since 2011,” explains Dr Günther Ofner, Member of the Management Board, Flughafen Wien AG. “This is good, but not enough. We have a clearly defined objective to become one of the very first large CO₂ neutral airports before 2030. Our own electricity production will play a major role in these efforts. For this reason, we are expanding the number of photovoltaic plants from four to seven next year.”

From electricity consumer to producer

Initially, two photovoltaic facilities covering a total area of 7,700sqm were put into operation on the roofs of Hangar 7 and the former winter service hall in 2016. A year later, the airport’s solar energy systems were expanded to include a new one on the roofed Air Cargo Center, encompassing 8,000sqm of solar panels. Finally, the fourth photovoltaic unit located on the roof of the former wastewater treatment plant came on stream in August 2019.

The three new photovoltaic plants mean a total of seven will be operating on the grounds of Vienna Airport by the end of 2020, with annual electricity production of more than three million kilowatt hours. Direct current generated by all the photovoltaic systems will be converted into alternating current by power inverters and fed into the Vienna Airport power grid via transformer stations. 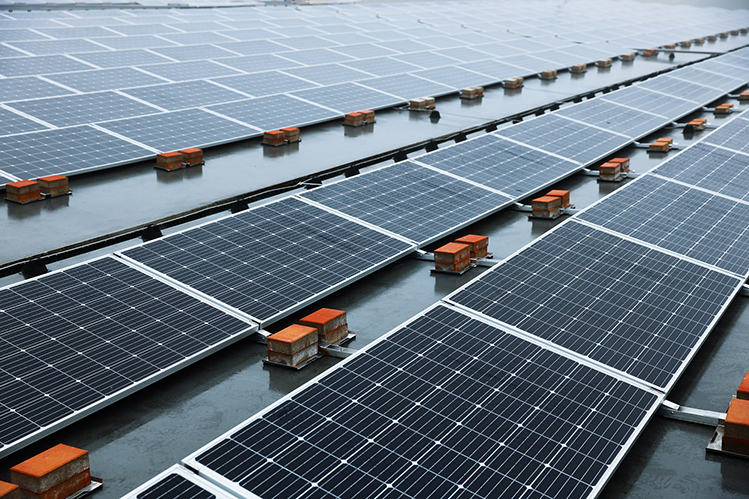 After opening four photovoltaic plants in August 2019, Vienna Airport is to build three new photovoltaic facilities on the roofs of Office Park 4, and Park Garages 3 and 8 by the end of 2020. Photo credit: Flughafen Wien AG

The expansion of photovoltaic facilities is one of many measures being implemented within the context of Vienna Airport’s environmental management. The current fleet of 380 electric powered vehicles is being expanded on an ongoing basis. The airport is soon to acquire some 40 e-powered passenger buses.

Another focus is the sustainable design and construction of future buildings on the airport site, such as Office Park 4, as well as energy optimisation of existing buildings via self-developed smart city control software. Last but not least, business trips by airport employees are compensated by the purchase of CO₂ certificates.