Royal Jordanian Airlines has been a stand-out aviation contender for decades. Promising to be the airline of choice connecting Jordan and the Levant with the world, the carrier has most certainly had the potential to achieve this with a comprehensive route network. 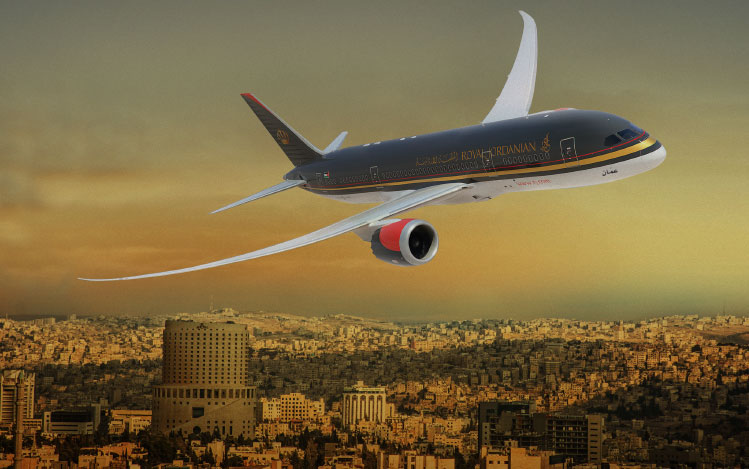 However, given its geographical location and strong competition from neighbouring Middle Eastern carriers, further fuelled by a number of new low-cost entrants, the oneworld member has found it difficult to grapple with the fast-changing aviation market, amid intensifying airline competition. The carrier is changing this, through an aggressive marketing and network planning strategy to put both Jordan and Royal Jordanian Airlines back on the map to ultimately ride the wave of growth after years of fluctuations in demand.

Airport Business’ Mohammad Bhimani travelled to Jordan to meet up with Stefan Pichler, CEO of Royal Jordanian Airlines, at the carrier’s headquarters in Amman. They sat down and discussed a number of topics, including recent codeshare agreements, the oneworld alliance, and the transformation via a complete fleet overhaul for Royal Jordanian Airlines.

Pichler joined Royal Jordanian Airlines as President and CEO in June 2017, prior to which he held a number of CEO positions with carriers including airberlin, FIJI Airways, Jazeera Airways and Thomas Cook. He, therefore, brings a wealth of experience, skills and knowledge.

Royal Jordanian Airlines has faced a decade of uncertainty with fluctuating demand on certain routes and profits tumbling, making it a challenging airline to lead. When asked why he decided to join the airline, Pichler responds: “I always try to get into interesting business cases, which are challenging. Royal Jordanian was a very special case, as it was in a very bad financial situation and has been for years. However, it was pretty obvious that you could do something with this company.”

The Levant an important market

“I think for us at Royal Jordanian, we define the Levant as our home market. From the Levant to Europe there is huge potential, and this potential will increase because we will hopefully be able to open up more destinations,” comments Pichler on what Royal Jordanian considers its key market. “Our network from Europe is quite extensive, in which we have 18 destinations, all of which we are serving very well.”

Despite having an extensive route network, it is clear that dominating European LCCs Ryanair and easyJet are proving to be a cause for concern for Royal Jordanian, with Ryanair serving 18 destinations by W19 in Europe from Jordan, while easyJet serves five destinations from Jordan including London Gatwick.

The conversation soon turns to recent codeshare agreements and the announcement of an additional 266 flights for S19. Responding to this, Pichler comments: “Qatar Airways and Turkish Airlines both have a vast network and we believe that having a codeshare agreement with both carriers, regardless of alliance membership, will only benefit Royal Jordanian. Istanbul and Doha are two key feeder networks, and having traffic come from those destinations to Amman will further benefit us.”

The initiation of the codeshare agreement comes soon after the opening of the new Istanbul Airport, which aims to be one of the world’s largest feeder hubs through the support of Turkish Airlines’ growing network.

The codeshare agreement with Qatar Airways will also positively benefit Royal Jordanian, given the void left behind by other Middle Eastern carriers, following an ongoing political feud and blockade between the State of Qatar and neighbouring GCC countries.

Being a oneworld member has enabled Royal Jordanian to also reap the benefits of transatlantic US flights – the carrier serves New York JFK, Chicago and Detroit. Through the partnership with American Airlines, the carrier has been able to better serve the US market which it sees as its second biggest market, given a strong underlying O&D traffic stream and a large Jordanian population that has ultimately made these routes commercially viable for the carrier. 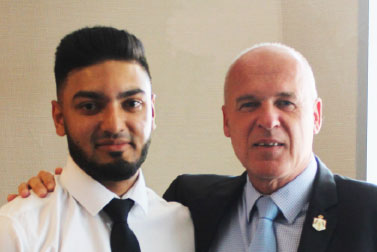 Technology and innovation is a major focus for most carriers, given the strong competition many face. Pichler comments that, alongside a major focus on network restructuring last year which has boosted connectivity, there have been enhancements to onboard technology.

“We now have a new streaming service, which was introduced in June, that has enabled us to enhance the overall customer experience and connectivity onboard our aircraft,” says Pichler.

As Royal Jordanian moves increasingly to a hub-and-spoke model, Queen Alia International Airport, from which it operates, is not suitably designed for the carrier’s business model. “The airport in Amman is beautiful, however it has not been designed as a connecting airport and is not practical for our connecting passengers.”

Royal Jordanian plans to discuss with majority airport shareholder Groupe ADP the possibility of having its own passenger terminal in the future, which is better-suited for connecting traffic.

In a bid to restructure the company’s business model and redefine Royal Jordanian’s vision, the airline is preparing to embark on a major narrow-body fleet renewal project aimed at improving the airline’s efficiency and overall inflight product. The new, more fuel-efficient fleet will support the carrier’s ongoing efforts to increase yields as its product improves. Pichler declines to comment on which manufacturer or aircraft type will be best-suited for the carrier’s fleet transformation, but announcement of its fleet selection is expected soon.

It is fair to say that the company’s vision over the years has been ever-changing; however, it now has a renewed leadership strategy and company slogan – ‘A World of Stories’ – which is aimed towards inspiring travellers to create stories based on their travel experiences. Royal Jordanian is moving in the right direction to achieve its core aim of being the airline of choice connecting the Levant to the world. 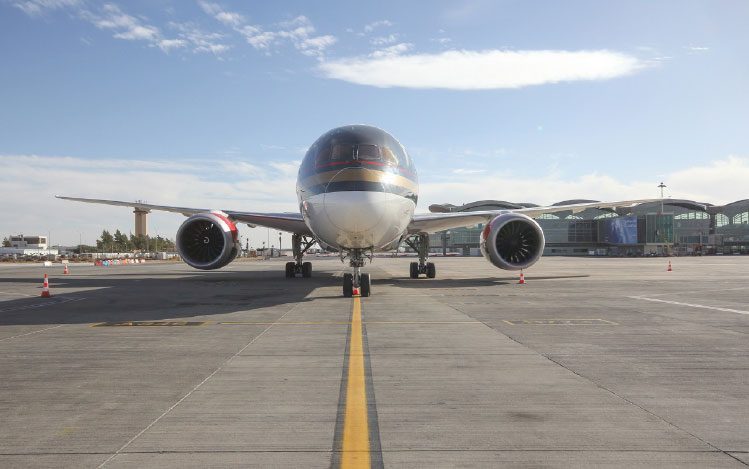 Stefan Pichler, CEO Royal Jordanian Airlines: “Our network from Europe is quite extensive, in which we have 18 destinations, all of which we are serving very well.”