West Yorkshire, with the major cities of Leeds and Bradford, is the UK’s fourth-biggest metropolitan county (pop. 2.2 million) and the region is home to the country’s largest financial and business services centre outside London. 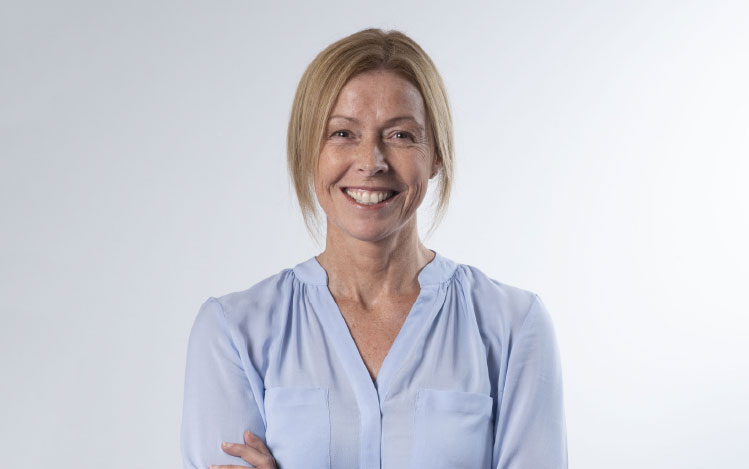 The county is also a prominent leisure destination, welcoming 1.4 million international visitors in 2018 to attractions including the Yorkshire Dales and Saltaire (a UNESCO World Heritage Site). The tourism sector is now worth £9 billion (€10bn) to the Yorkshire economy annually.

Leeds Bradford Airport, therefore, delivers vital connectivity for the business and tourism sectors. Leading the continued development of the airport’s strategic commercial priorities, including airline partnerships, commercial offering and passenger experience, is Joanna Wild, who was appointed Chief Commercial Officer in July 2019. Her previous experience includes working for Thomas Cook Airlines in the role of Director – Customer Services, before moving to Thomas Cook Group as Managing Director for UK Retail. Since 2015, she has worked as an independent consultant and held various non-executive board positions.

“My first priority since becoming Chief Commercial Officer has been to reacquaint myself with Leeds Bradford Airport and with its operations from both an airline and retail perspective,” Wild begins. “Luckily, I benefit from knowing the airport well, having already operated out of Leeds Bradford in two previous roles.”

Indeed, Wild’s experiences at Thomas Cook were excellent preparation for her new role, providing a deep appreciation of operating in an airport and retail environment where security, on-time performance and passenger experience are key.

“I have also seen emerging industry-wide trends first-hand,” says Wild. “We’re undoubtedly in an interesting time for air travel as technology and customer tastes are changing fast. We are seeing a greater demand for an all-round, smoother passenger experience, which can be satisfied by investment in smarter technology such as enhanced biometrics to reduce queuing. Similarly, as an industry we need to improve our offering to a wide variety of passengers – whether that is an improved ‘grab and go’ option for business travellers or improved destination experiences for leisure flyers with time on their hands.”

“We are very pleased with our performance so far this year, and with several weeks left in the summer season, things are looking positive,” Wild comments. “We’ve recently had some exciting news from our airlines too. Aer Lingus announced an increase in seat capacity by 20% on its Leeds-Dublin route, and Flybe is increasing its Leeds-Southampton service by a third.”

The airport’s proactive route development strategy involves working with its airline partners to develop the right routes, right schedule, and right aircraft for passengers. “We meet regularly to understand their requirements and business strategies. This is one of the major positives of smaller airports, as we have the opportunity for closer, regular collaboration.”

Looking to the long-term, Leeds Bradford is focused on developing the capacity of the airport and frequency of routes, not just adding additional aircraft.

“These new routes are not only the popular sunny holiday destinations such as Majorca and Tenerife, but also cities across the EU for business travellers,” Wild explains. “We are also looking to tap into the potential for more transatlantic flights to the US and Canada during the next year.”

The airport’s ‘Route to 2030 Strategic Development Plan’ foresees annual passenger numbers increasing from four million to seven million by 2030. A major part of this is a £12 million (€13m) terminal extension – the biggest investment to date by AMP Capital since it acquired the airport in October 2017. This will provide an enhanced arrival experience including significantly larger immigration and baggage reclaim areas, improved departure gate facilities, additional retail and food & beverage outlets, and more seating.

“We’re currently progressing with our detailed design phase and we hope to share exciting news in the coming months,” says Wild.

The terminal enhancements will embrace innovative technologies to transform the passenger experience. Wild asserts that the future of airports is automation. Leeds Bradford already has a number of self-service systems in place, and is exploring facial recognition, enhanced biometrics and mobile phone connectivity to make the passenger journey through the airport as smooth and efficient as possible.

This approach extends to the commercial & retail areas. “Customer patterns change all the time, changing the retail and commercial landscape at airports,” Wild explains. “As part of this shift, we are seeing more demand from customers for a greater ‘destination’ feel at airports. Naturally, I am excited by this and we are exploring ways to fully utilise technology – whether that is bringing online shopping into lounges or allowing customers to pre-book dining experiences in our airport’s restaurants. Both revenue streams – aeronautical and non-aeronautical – are significant to Leeds Bradford. The income that we generate allows us to reinvest into the terminal operations, benefitting all our passengers, partners and staff.”

Another key element of the ‘Route to 2030 Strategic Development Plan’ is improved surface access to the airport, specifically enhancing public transport connections from Leeds and the surrounding region. Reflecting the airport’s investment in new facilities, a new Parkway rail station and three road access improvements have all been proposed to meet the region’s ambitions.

Wild adds that the development of the airport will not only further strengthen it as an important global gateway to Yorkshire, it will also provide passengers with a transformed travelling experience to and from the region. “For the remainder of 2019 and beyond, my focus is on working with my excellent team to continue to improve our passenger experience, introducing new brands and working closely with existing and new concessions.”