What is it about the little red diamond seen on luggage and padlocks that can make life easier for airports and their security departments? Luc Cuyvers, Airport Coordinator, Travel Sentry, shares some insights with Ross Falconer. 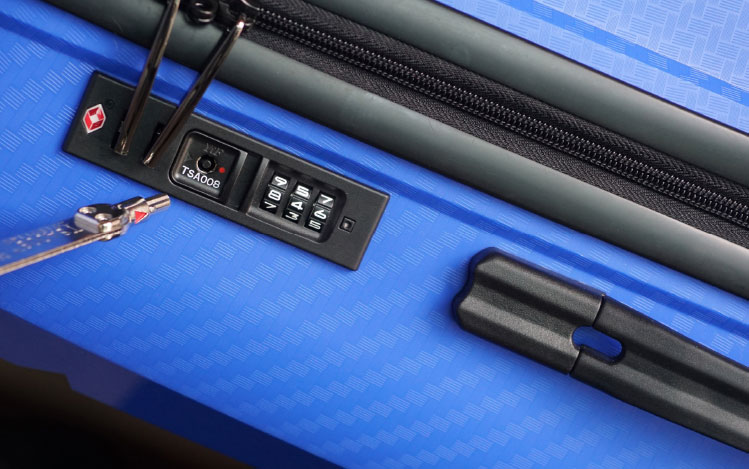 Earlier this year, a new TSA008 key was added to the master keyset. The new key is a patented three-dimensional design, which no longer needs to be inserted to relock the bag.

Some 40 years ago, when John Vermilye was a junior passenger agent for Air France at Boston’s Logan International Airport, he faced a problem shared by US Customs and the airlines alike: how to clear passenger baggage when the passenger was not present. There were two options to do so. The bag could either be opened using a collection of spare luggage keys amassed over the years or by filing lots of paperwork and keeping the bag in bond until the passenger could come to the airport.

Though time-consuming, either one of these methods helped the airlines from having to break open baggage and making for a lot of unhappy passengers in the process.

After 9-11, when the newly formed Transportation Security Administration (TSA) decided to screen 100% of all hold baggage, it was clear that these time-consuming methods would no longer work. In 2002, having just completed a stint as Senior Vice-President at IATA, Vermilye was selected to a “Roll Out” team of 35 executives from various industries tasked with implementing the Aviation and Transportation Security Act. His solution to baggage reconciliation consisted of creating the most complete set of keys possible, collected on a large key ring by luggage brand. But he quickly realised the system could be much improved by developing an industry standard with a limited number of master keys instead. He suggested this to both the TSA and the Travel Goods Association (TGA), an industry group including most luggage manufacturers. The TSA agreed, but indicated that developing such a system was not in its remit. Vermilye, with his experience setting industry standards during his time at IATA, agreed to take up the challenge.

The Travel Sentry Passkey system was announced at the TGA’s annual meeting in March 2003, and by November that year every one of TSA’s 452 US airports had been provided access to the new master keysets. At the same time, luggage locks and padlocks displaying the ubiquitous little red diamond went on sale across the US.

Following its US roll-out, the system was made available to Canadian airports and subsequently to airports and security organisations worldwide. It is currently available to security operations in over 600 airports in 45 countries, with more airports and countries added regularly. The reason for its growing popularity is simple: not only are these red diamonds showing up on more and more bags (over 600 million by the latest count); having access to the keys to open them makes manual inspection, if needed, far less cumbersome for airport security and enforcement agencies.

Travel Sentry has set the standards for the lock cylinders, as well as the passkeys and rigorously controls the quality of both. The company licenses the system to over 500 lock and luggage brands, using the royalties to make the master keys available to airport security and enforcement agencies at no cost.

Cuyvers always tries to visit airport security departments requesting master keysets. “We feel it’s better for the people in charge of security to know who they are dealing with,” he says. “While we ask recipients to account for the keysets, how they do that – by signing them out of a central repository or by bolting them to the wall in the inspection area, is up to the airport. EMEA airports have different inspection procedures and we do not interfere. The point of the system is to make manual baggage inspection simpler, not more complicated.”

To what extent the keys are used is also up to the recipient: some EMEA airports will only resort to them as a last option, when a passenger cannot be located and the plane can no longer be held up; others are using the keys proactively to remove dangerous goods, thereby conveying to passengers that all those notifications about prohibited items are strictly enforced. It makes sense, Cuyvers believes. “Airports are quite happy with double-digit growth, but unless they start enforcing hold baggage restrictions, they’ll see double-digit growth in dangerous goods infractions as well. And that’s something no security agency wants to see.”