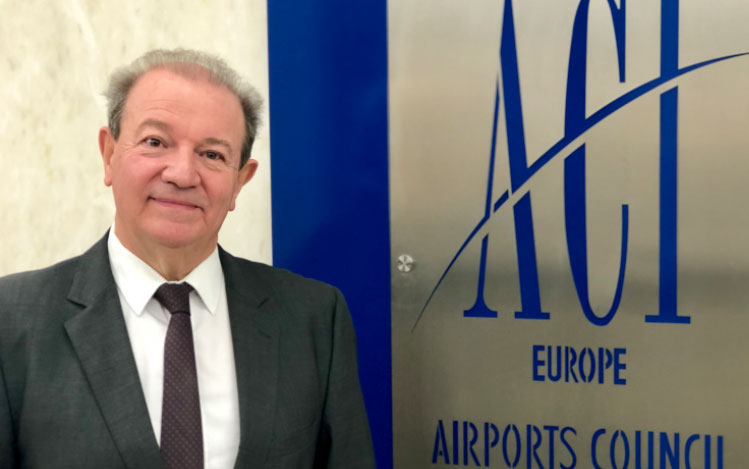 In October, ACI EUROPE’s longstanding General Counsel, Gérard Borel steps down after a distinguished career in aviation law and policy.

In October, ACI EUROPE’s longstanding General Counsel, Gérard Borel steps down after a distinguished career in aviation law and policy. A renowned expert in so many aspects of airports and air transport law (economics, capacity, external relations, slots, security, state aid, privatization, ground handling and much more), Gérard’s 35-year career in aviation has seen him work in Montreal, Paris, London, Monaco and Brussels.

Olivier Jankovec, Director General, ACI EUROPE commented “Gérard’s contribution to the work of ACI EUROPE over the past 19 years is considerable and he has the admiration and gratitude of the whole industry for all he has done to advance the airport business, support our association in its mission and assist airports across the whole continent. Quite aside from the team at ACI, there are colleagues and friends across the world of aviation who will miss his expertise, experience and insights now that he is retiring.”

For his part, Gérard said “These past two decades at ACI EUROPE have seen enormous changes to the airport industry, especially here in Europe. It has been a privilege to be able to contribute to that, to help and guide airports through some of the more complex issues and in particular, to see how much more performant and polished the industry has become. The speed of change is accelerating and the coming decade will bring even more transformative opportunities. So, if I have a message for the airports & their teams, it’s this – Keep going!”

The role will now be taken up by Bastiaan de Bruijne. Bastiaan joins the ACI EUROPE team from the Royal Schiphol Group, where he has been Competition & Regulation Counsel since 2017. Previously, Bastiaan worked in legal practice at law firms Vatenfall, Bird & Bird LLP and De Brauw. He has also worked as a diplomat for the Dutch Ministry of Foreign Affairs. He has an MA in Law and in Political Science from Leiden University and also studied at the College of Europe in Bruges.