Europe’s airports have long been focused on environmental sustainability in their day-to-day management and long-term strategic objectives. Since ACI EUROPE’s member airports adopted the June 2008 resolution on Climate Change, airports in Europe are now 40% ready to deliver on their pledge to reach 100 carbon neutral airports by 2030.

But more can always be done. Airports can improve their environmental profile in a variety of ways, including implementing GBAS for landing to further reduce CO2 emissions and noise impact. 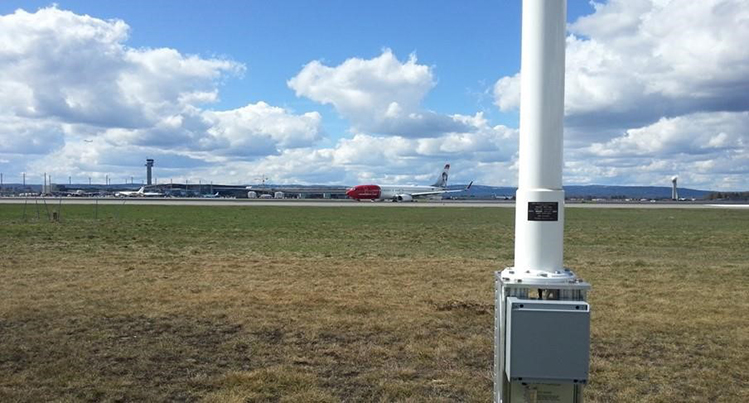 GBAS will lead to substantial environmental benefits for airports

RNP-to-GLS approaches can be designed to reduce the population exposed to community noise. The combination of curved approaches and variable glide paths offered by GBAS not only makes it possible to avoid overflying densely populated regions, but also to design approaches which feature efficiency-optimised profiles that decrease community noise by 2 dB or more.

Implementing RNP-to-GLS procedures can reduce CO2 emissions by as much as 400-500 kg per landing. With nearly 11 million landings annually, GBAS enables a potential yearly reduction of nearly 5 million tons of CO2 emissions in Europe alone.

A Ground Based Augmentation System (GBAS) enhances the GNSS by providing corrections to aircraft in the vicinity of an airport to improve the accuracy and integrity of position, navigation, and precision approach services.

Ground Based Augmentation Systems (GBAS) are recognised as the future replacement of ILS when considering the CAT II/III performance levels. GBAS CAT II/III technology has been matured in SESAR Industrial Research and it is today considered ready for deployment (and to be scoped in the Revised SESAR Pilot Common Project PCP/CP2). GBAS CAT I technology is developed and today available in some airports, but not widely.

What does GBAS offer an airport operator?

Implementation is a challenge

In spite of the indisputable benefits, a collective effort is required to implement the technology. It is not sufficient to have a handful of airports on board, as this is not attractive enough to make airlines invest in GBAS receivers for their aircraft equipage. Unless a significant number of airports invest in GBAS CAT III ground stations, the airlines will not make the required investments. Likewise, airports and ANSPs are reluctant to invest as long as aircraft equipage is low.

We need to act

To get out of the “chicken and egg” syndrome mentioned above, Europe needs a collective and coordinated deployment effort with an agreed and synchronised plan between the involved ATM stakeholders (European Commission, SESAR JU and DM, ANSP, airports, airspace users and industry) to invest in and to deploy the GBAS CAT II/III technology.

If you believe GBAS is the future of CAT II/III landing, you are welcome to join us in this collective effort.

Hugo Moen is GBAS General Sales Manager at Indra Navia AS. He has a Master of Science degree in Physics and has over 20 years of experience working with GBAS, from the early SCAT-I systems to today’s CAT III capable GBAS GAST D system. The last 15 years he has worked in the field of Sales and Business development, mainly in Europe, Middle East and Asia.